Can you believe this is really happening? Unlike other potentially transformative neighborhood projects that either get stuck in some funding lurch, bureaucratic nonsense hole, or never even make it past the just-a-dream stage, the Friends of the Rail Park seem to have really pulled it off.

At least, all signs are pointing to the anticipated realization of the Reading Viaduct Rail Park project. For one thing, Bryan Hanes tells us the city’s Art Commission approved the project conceptual designs earlier today.

Meanwhile, Jared Brey over at PlanPhilly reports Councilman Mark Squilla has “introduced a bill that would authorize the purchase of the portion of the viaduct curving from 13th Street southeast to Callowhill between 11th and 12th.”  To be sure, the city’s interest in acquiring the upcoming Rail Park–a project born out of sheer grassroots neighborhood initiatives–isn’t random. Early last year, for example, the city pledged sizable amounts from its budget to the project.

Now, the only blanks that need to be filled are the final designs, which Hanes says are being worked on before being presented for final approval from the city, and additional funding. According to Brey, the Center City District has raised “about 65 percent of the $9 million it needs for the SEPTA spur” thus far. The spur is the 0.8-mile tract whose ramp development is the first stage in the construction project. The group is hoping the state’s Redevelopment Assistance Capital Program will add to this by way of a $3.5 million grant.

Sealing the deal? That involves SEPTA, as they are the current owners of the Reading Viaduct spur. Here’s what SEPTA’s Public Information Manager told us in an email about when they expect to sell it to the city. (Emphasis ours.) :

We don’t yet have a date for when this will be brought to the SEPTA Board for a vote. In terms of the current status, SEPTA is in negotiations to lease the Reading Viaduct to the Center City District for their park project, and the sale to the city would follow sometime after that.

Below, a few more renderings of the planned Rail Park. If you’ve been following the project’s journey, you’ll know area residents and other stakeholders voiced their visions of the park early on in the process. Integrated into these ideas were the ones Hanes and his team also had, and of whose results have produced “what we imagined in a domestic landscape writ large.”

Given that “there is not a public space in the neighborhood” and that many of the homes in the neighborhood are converted factories with “no back yard,” the planned Rail Park is likely a welcome addition to the area, bringing in things like communal stoops and porch swings. 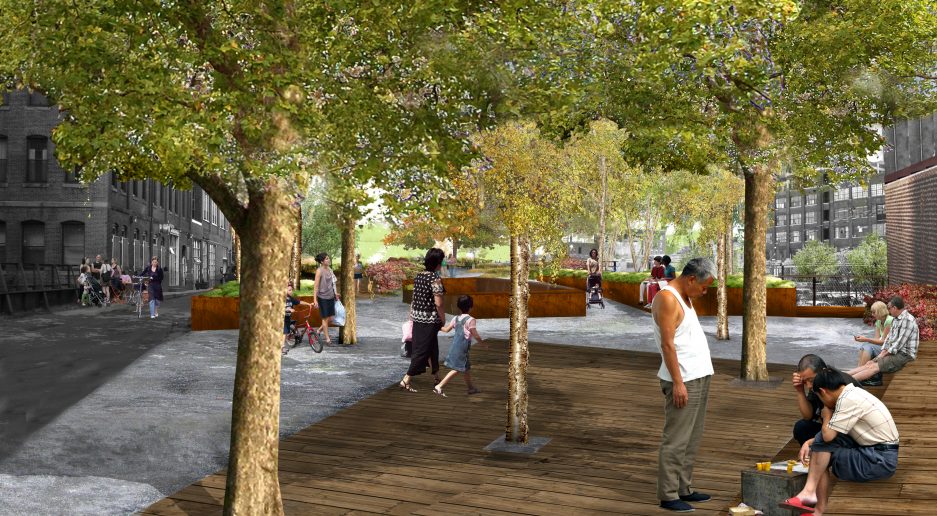 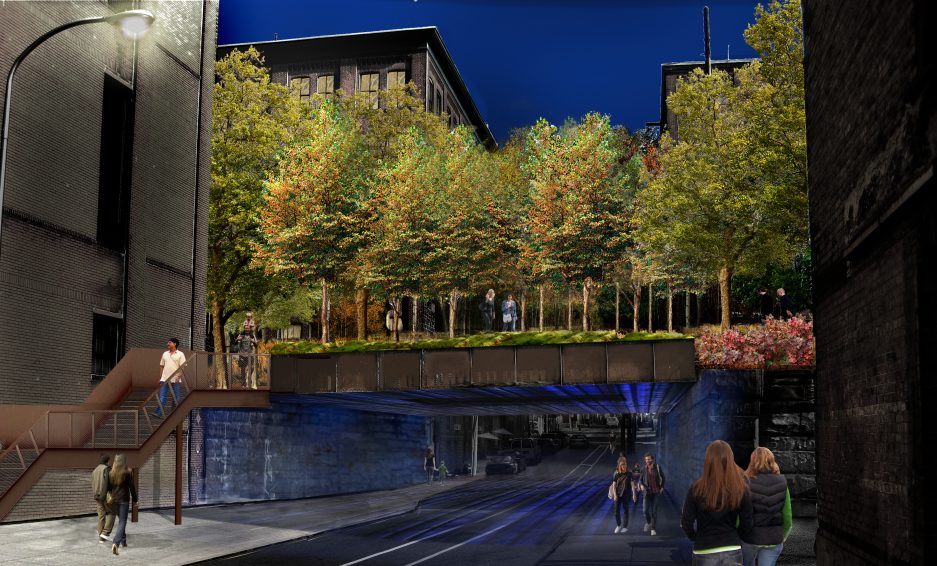 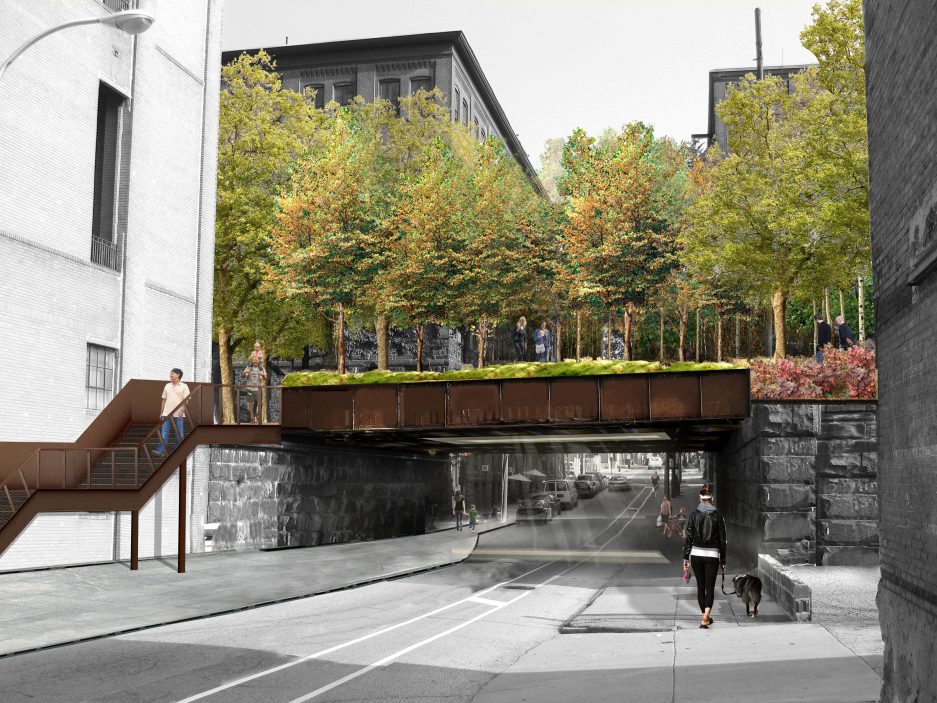 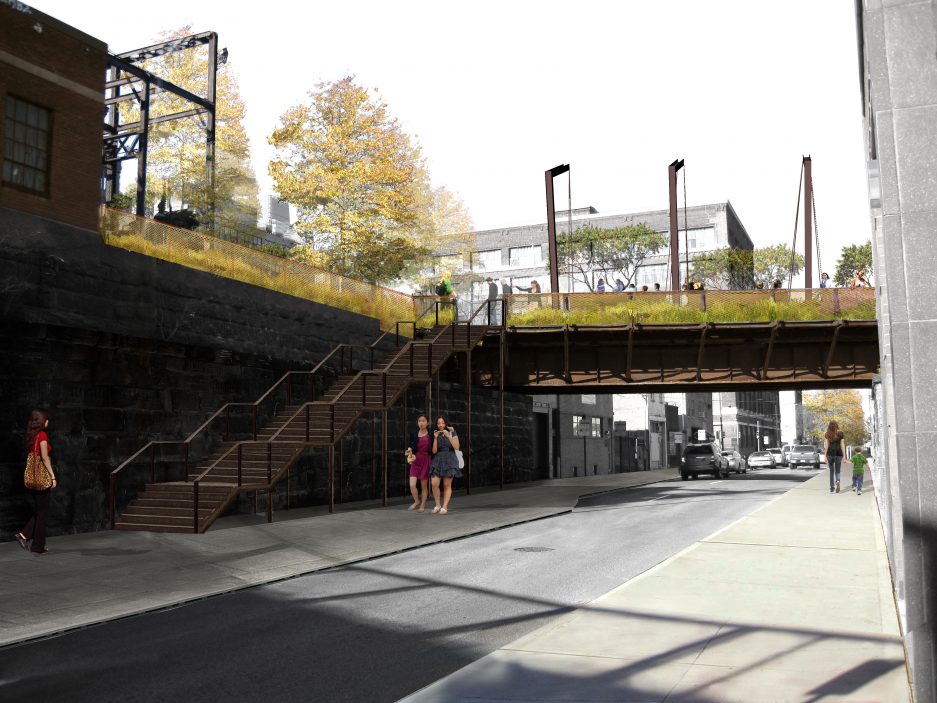 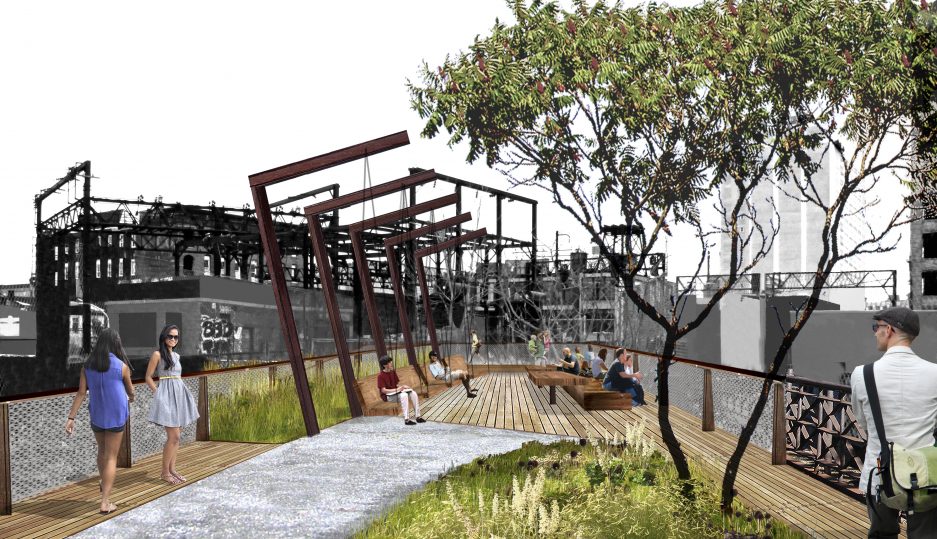 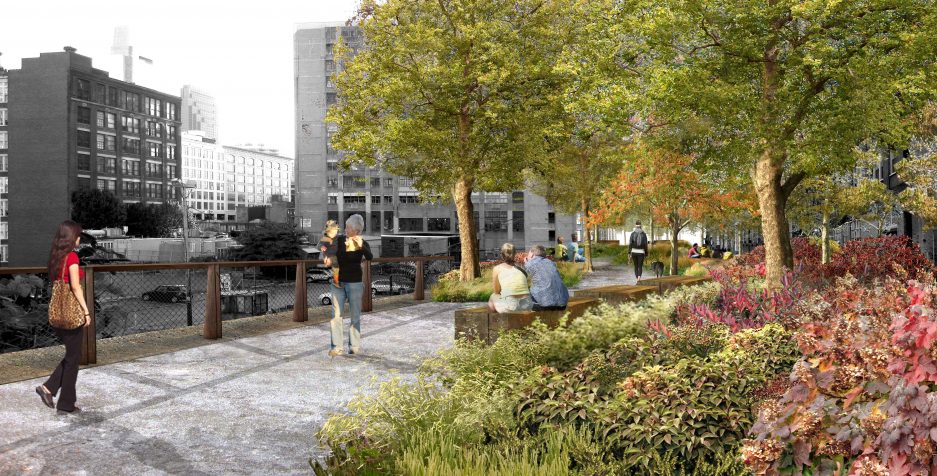 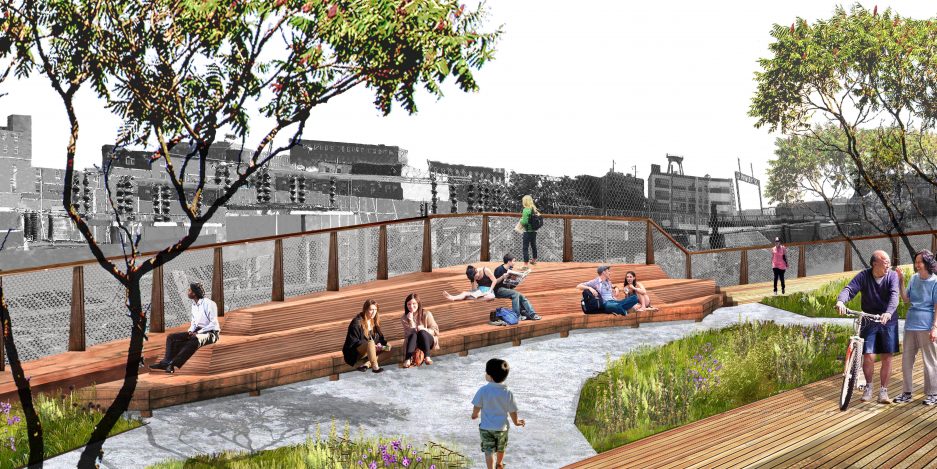 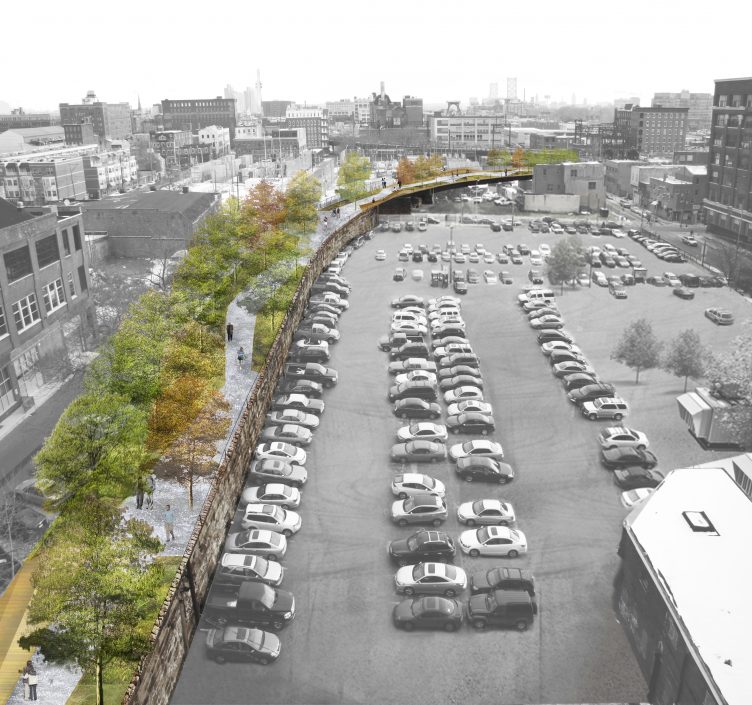 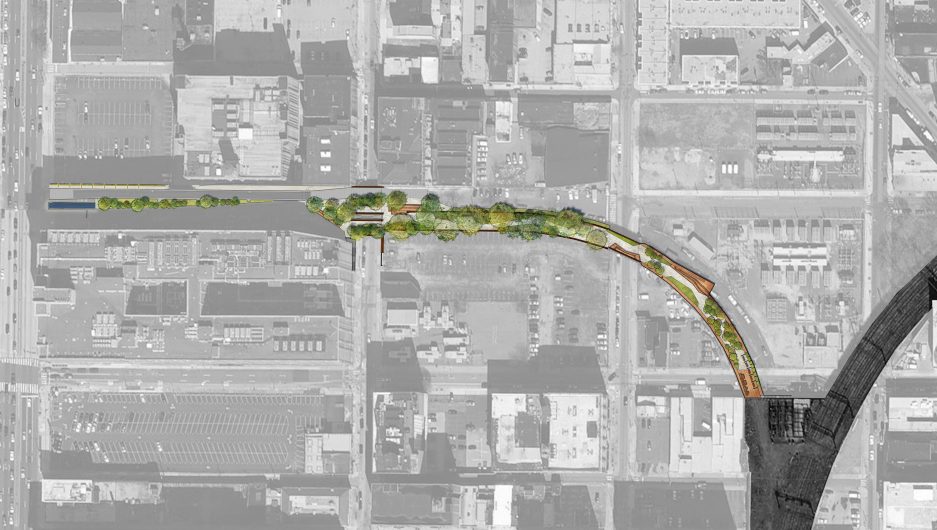 City moves to acquire part of the Reading Viaduct [PlanPhilly]