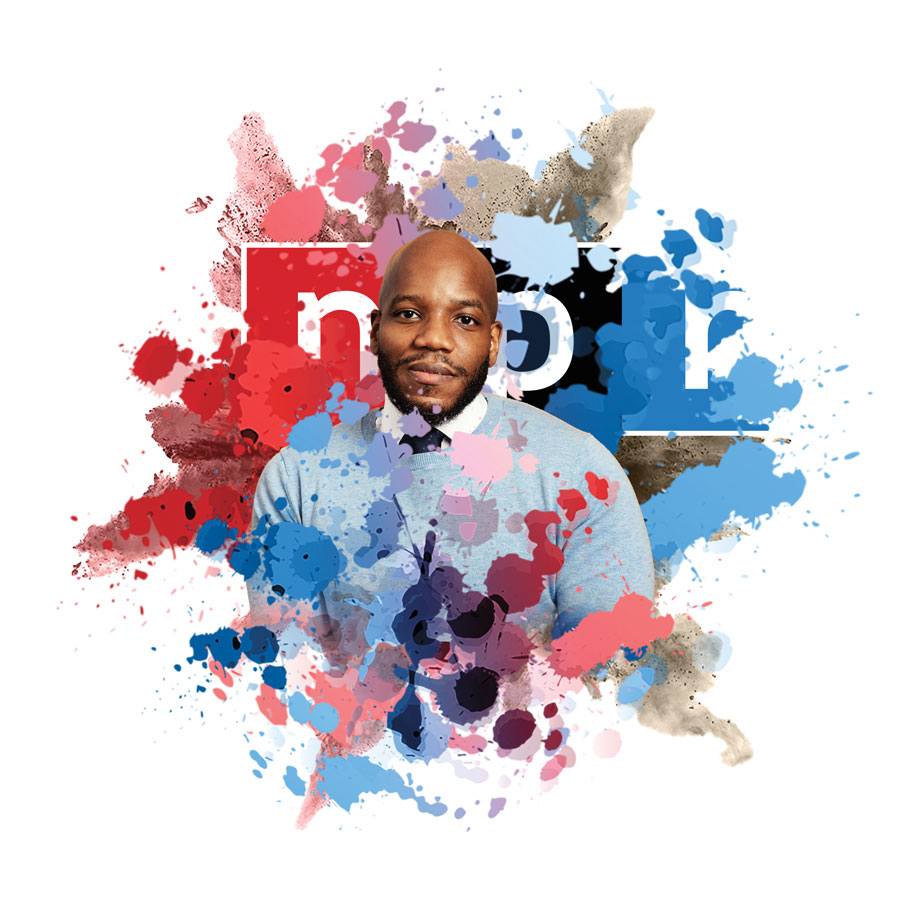 The last year was a big one for South Philly son Gene Demby. His critically-acclaimed NPR podcast Code Switch became a radio show as well. And he welcomed his first child into the world. Fresh off paternity leave, he is, along with the rest of us, super excited about the Sixers. We caught up with him to learn what being Gene Demby is all about.

The name on my birth certificate is … Gene Demby-Afum. I’m named after my mom, Jeanette. The “Afum” comes from my father, who was never in the picture.

I grew up … in South Philly, at 24th and Montrose. My whole family is still in that area, an area the gentrifiers now probably call “Southwest Center City.” The rule used to be that anything South of South Street was South Philly.

I got my start in journalism … in the weirdest way. I was working odd jobs in NYC. Then this young lady I was dating who was working at the New York Times suggested I give her my résumé. I became a clerk on the Metro desk and stayed at the Times for six years. When you’re the clerk on the Metro desk, you’re basically a crossing guard or traffic attendant. Copy comes in. You point it to the editor. You make sure the reporters have the information you need. You see all the copy.

My most memorable day at the Times … was the night Bid Laden was killed. I was in the newsroom that night. We all knew, but we couldn’t say anything until the President said something. And then the whole newsroom lit up, all the phones are lighting up, everybody is making calls, and I’m thinking, This is the dopest place to work right now. Everybody was bringing their journalism muscles to bear.

Race relations in the U.S. over the past two years have been nothing if not … clarifying.

My preferred social media platform is … Twitter, although they’re all kind of bad for us. I won’t go on Facebook under any circumstances.

When I have my AirPods in, I’m usually listening to … hip-hop, like Little Simz, or J.I.D. at the gym, where I work out five to six times a week.

The last time I ran a marathon was … the 2011 New York City Marathon. I think I’ll stick to the Broad Street Run for a while.

One of the strangest places I’ve been in Philly is … the Mütter Museum. Now that is a crazy-ass place. Very … disturbing.

When people ask me what Code Switch is about, I tell them … “Race in America.” Then I watch their faces to see which reaction they have: terrified, annoyed or intrigued.

The biggest difference between Washington, D.C., and Philly is … the food. D.C. can’t hold a candle to the Philly food scene. The gap between food cultures is embarrassing, frankly. That, and there is basically no poor white population in D.C. I think only two percent of the white population 25 and up doesn’t have a college degree.

When I’m at Wawa, I always get … Tastykake Butterscotch Krimpets. But they don’t taste the way they did when I was a kid. They’re now cloyingly sweet.

On Sunday mornings, you’ll find me … on the couch with my wife, watching English Premier League futbol. We became addicted over the pandemic.

One podcast you simply must listen to is … You’re Wrong About. The hosts take some news story that was big in the generation of elder millennials and revisit it to see what actually happened, whether it’s OJ or the McDonald’s hot coffee case or Jessica Simpson. They actually made me care about Jessica Simpson. This show made me realize how much cultural damage Jay Leno did to the world. So much stuff in our heads came from late night monologues before Internet people were fact checking things.

When somebody tells me they want to start their own podcast, I tell them … well, yes, we need more voices. You should do that. That’s the polite thing to say. But the reality is, like, people don’t know how hard it is to do a good podcast.

If I were a superhero, I’d want my superpower to be … teleportation. I’d say flight, but with flight you need additional powers, like navigation and not being ripped apart at high speeds.

My favorite Philly sports team is … the Sixers. It’s become hard for me to watch the NFL in good conscience. Luckily, the Sixers are endlessly compelling and endlessly frustrating.

The farthest I’ve traveled from Philadelphia is … Ghana. My second last name is Ghanian from my father, who I don’t know. I went to Ghana for a wedding and it was weird. Disconcerting for a lot of reasons, thinking about questions of heritage. I got off the plane over there and they said, “Welcome home.”

One of my goals for this year is … to be more present. We just had a baby, and that forces you to put your phone down and be overwhelmed by affection. I want to reimagine my relationship to work and to what’s really important to me.

Published as “One of Us: Gene Demby” in the March 2022 issue ofPhiladelphia magazine.