Co-authors Jo Piazza and Christine Pride tell us why this city’s “ride or die” mentality was essential to We Are Not Like Them. 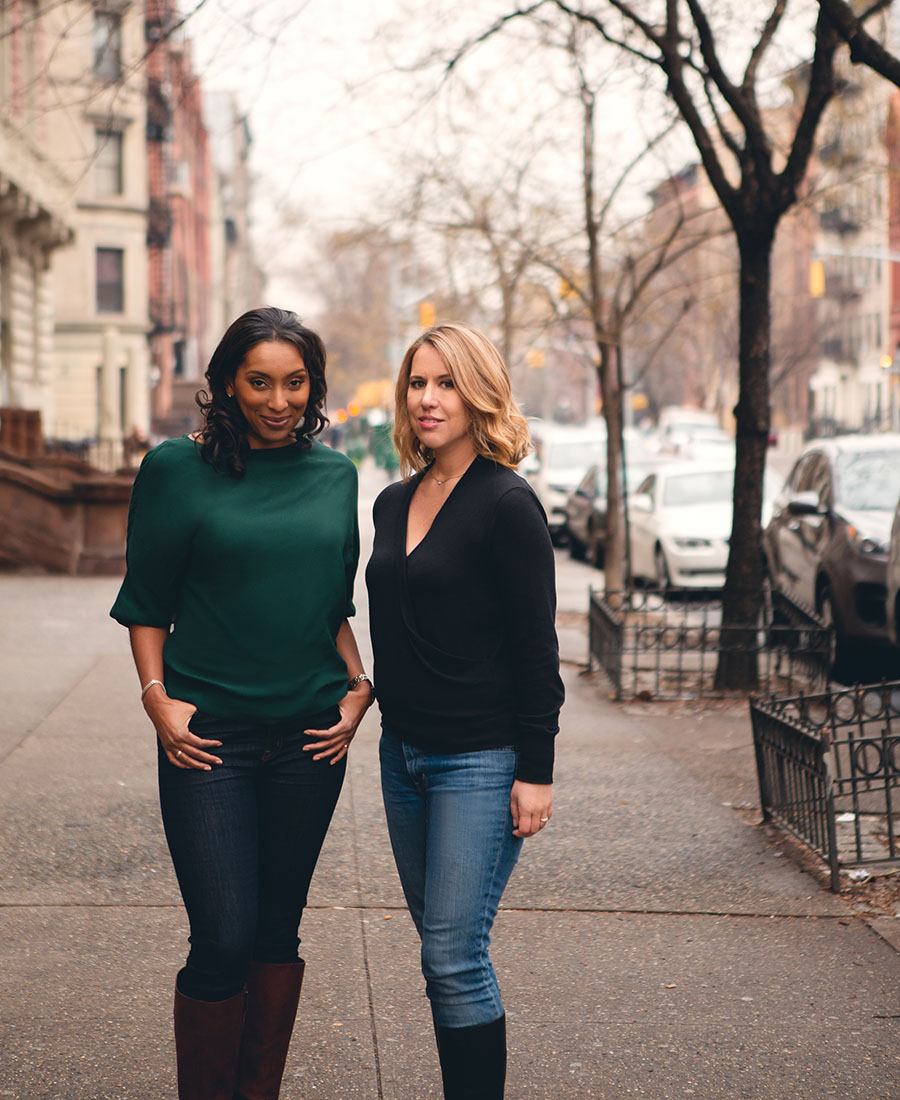 Friend of Philly Mag Jo Piazza and Christine Pride are the co-authors of We are Not Like Them, a new novel set in Philly. If the book sounds familiar, it’s because it’s currently Good Morning America’s book club pick for October — and its colorful cover is being shared all over Instagram.

The novel deals with a friendship that faces new tests when a white policeman shoots an unarmed Black child in Philadelphia. In the aftermath, the two childhood friends — Riley and Jen — are forced to confront long-simmering tensions in their relationship.

But why Philly? Here, the authors share how the city became a character in their book and what celebs they’d like see on Kelly Drive if there’s a movie version.

Why did you choose to set this book in Philly?
So many reasons. Jo is obsessed with Philly, first and foremost. She literally never shuts up about how much she loves it and how she couldn’t be happier that she moved back. But we had a lot of other reasons, too. We wanted to set the book in a city where it would be possible for an interracial friendship like Jen and Riley’s to thrive. And Philadelphia still has many neighborhoods that are truly diverse. But we also wanted to portray a city that still faced so many racial tensions and had a complicated history when it came to systemic racism. Philadelphia, for all its merits, has both of those things.

We wanted Philly to be as essential as a character in the book. It was important to make it come alive as much as our two protagonists.

Another big reason is that the focus of our book is on friendship and loyalty, and no one is more loyal than Philly people. Our two characters have been best friends since they were little girls, and they would do anything for one another. We felt like that “ride or die” was very much a part of the Philadelphia ethos.

How did you make sure to get the city right?
Jo grew up in the Philly ‘burbs, went to college at Penn, and moved back to Center City three years ago. But she still didn’t think that was enough cred, so we made sure to do our homework and interview as many locals as possible while reporting the book. We did so many interviews with Philadelphia police officers and their spouses, shooting victims, the mothers and fathers of shooting victims. The majority of those were Philly people. We also combed the archives of the Inquirer, the Philly Tribune and Philly Mag.

There were little things that Jo insisted on getting into the book that Christine didn’t get. There’s a line about how people in Philly ask where you went to high school before they ask what you do — Christine tried to take it out a dozen times, and Jo was insistent.

You guys are in talks to option We Are Not Like Them for a movie or limited series. Will it film in Philadelphia?
It had better. We don’t think the project could film anywhere else. The book really does take us all over the city, from Kelly Drive to Strawberry Mansion to Old City. Even McGlinchey’s, which is Jo’s favorite dive bar, gets a mention.

We also want real cameos from all the Philly folks we mention in the book, including your own Ernest Owens.

Who would you cast in the roles of Riley and Jen?
We change our minds every day, but we are very into Janelle Monae or Issa Rae for Riley and Kristen Bell for Jen.