Every time there's a big news story involving racism, my alerts start blowing up. Here's what people say, and what I say back. 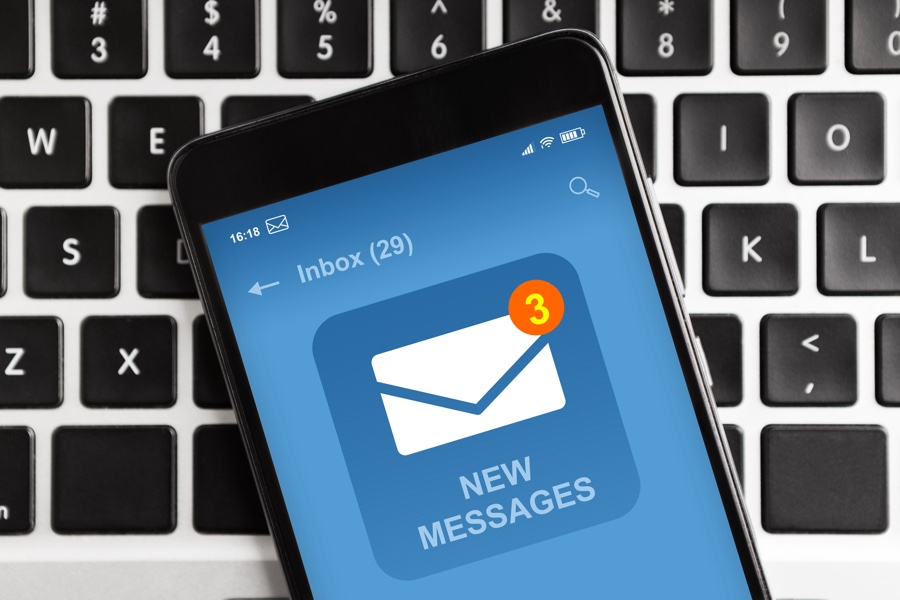 Whenever there’s racism in the news, my direct messages blow up. Photo by Prostock-Studio via Getty Images

Last week’s Derek Chauvin guilty verdict was a bittersweet moment for Black people in America. I felt a temporary sense of relief that some form of accountability — no, not justice — was delivered.

Then the direct messages started.

It’s become a pattern in the aftermath of traumatic moments involving race:  White people who often consider themselves to be “allies” start DMing me their thoughts, emotional reactions and agony over what they’re witnessing. In other words, they’re making it about them by dumping their worries and insecurities over racism on me.

Whether it was the racial uprisings of last summer or Walter Wallace Jr. being killed by police last fall, it all tends to start and end the same way: A white person messages me with a greeting, asks a rhetorical question about the situation, expresses some form of white guilt, then apologizes for being so passionate about the situation at hand. I typically give two-word responses and try not to lose my temper. End scene. This cycle of impulsive DMing goes on for days.

Conversations with friends have revealed that this experience isn’t unique to me in my role as a journalist. Black people, regardless of their employment, are being badgered by their white friends, co-workers and acquaintances about racism when they least expect it. Whether via a “Hey, I wanted to check in on you” that transitions into paragraphs and paragraphs that center the checker’s own trauma or an “I can’t believe this is happening” that seems to demand an instant response, white people are treating Black people as emotional mules for their personal racial guilt. We are not your therapists, consultants, or emotional support systems — we are actually marginalized people trying to survive in a system of state-sanctioned violence.

Let me make it plain: Being emotionally dumped on about racism is exhausting — and the dumping is another form of white privilege. Asking for free emotional labor is exploitation. Fortunately, I get compensated to advise on this particular issue right here and now. So to help you avoid spamming a Black person’s inbox with your racial fear and insecurity, here’s an FAQ guide to refer back to when you want to slide into your Black friends’ DMs after the next moment of racial unrest.

Should I send you a video of a traumatic racist act of violence I saw on Twitter?

Before you do, ask why you’d do that. If you saw it on social media, there’s a good chance it was on my feed a few days earlier. Do you want to make sure I know? I know. And if for some reason I don’t know, imagine how incredibly traumatic it is for me to check my Instagram feed for pictures of my brother’s prom and find unsolicited violence in my direct messages.

Can I ask if you heard about that traumatic racist act of violence because I still think it’s terrible?

Please see above. Popping in and asking whether a Black person is aware of violence toward the community isn’t “showing concern” or “spreading awareness.” It’s fear-mongering and triggering.

Can I ask, “Can you believe [major news story involving racism] is actually happening?”

No! It turns out that what’s shocking to you is often predictable and expected to your Black friends. We believe it. We live it. If you want to be more attuned to what we already know, diversify your news diet (you can start right here), and follow more Black voices on social media.

Can I ask you for more insight on why someone would do [insert very racist thing] to a Black person?

If you don’t know, let Google be your friend. White supremacy is an institutional problem that’s generally ignored until shit gets blown up. If we, as a society, treat actions by racists as individual matters — and not as an institutional problem — we’ll continue to talk in circles about why, oh why these incidents keep happening. For example, if you spent last summer pondering the motives of each cop who killed a Black person in cold blood without also contemplating the role of policing overall — you were doing it wrong. Spend some time doing the research on your own first.

Can I tell you that I’m scared for this country and that I support your fight for change?

When people stop thinking that Black people are only ones responsible for saving this country, change will come faster. It requires more than just going to protests; you need to take a firm, active stance against white supremacy. Rather than only asking Black people you know your questions about race, start mapping out ways to shift the focus and responsibility onto white people to stop being anti-Black. For example, when you witness racism in your community, rather than wondering how Black people will respond, ask yourself what white people like you and your peers are going to do. Empower yourself to call out racism and divest from businesses/organizations that racially discriminate, then check with your own people on how they are or aren’t enacting necessary change.

Can I tell you [random story where I confronted racism and was the good Samaritan]?

No, I’m good. You shouldn’t be fighting against racism for the anecdotes. I already notice white people who take steps against racism. And when it comes to those who seek credit … it makes me wonder why they’re doing it. Seriously, I don’t need another reminder that racists still exist, and please lay off the Green Book vibes.

Should I tell you that I voted for [progressive politician who isn’t effective enough to change anything]? Can I ask you to recommend other politicians I should be supporting?

First: I’m not a political concierge service. Second: Voting is only one part of the necessary action. You need to be calling for racial equity and change yourself, in your workplace, at your child’s school, and at social gatherings. The sooner we stop placing all of the responsibility on activists and politicians, the sooner we’ll clean up the mess that’s been created by white people in all institutions in America.

Can I ask you for other Black people to DM? Can I give your info to some of my white friends who still don’t understand this?

No. I’m a person, not an app. Please do the work yourself, or actually hire Black consultants who address racial inequity. Again, it’s not Black people’s responsibility to be at your beck and call whenever you want to talk about racism.

Can I tell you that I, too, haven’t been able to sleep well thinking about all of this and ask how you keep going despite this?

First off, welcome to the club. How do I do it? I honestly have no other choice. It’s either stay alive or die. I was born into a racist society that put a target on my back before I ever uttered a word. Just as with homophobia, sexism and classism, you learn to adapt and remain cautiously optimistic. In other words: no.

Sorry for being a bother; I just really don’t get a chance to talk about this anywhere else. How do I respectfully ask for ways that I can help end racism?

Challenge yourself to feel comfortable talking about racism with the very white people who need to know how frustrated you are with their shit. This is uncomfortable work, but remind yourself that it’s about making the world a more equitable and equal space for everyone, especially Black and brown people who’ve been denied it the most. It’s not about finding ways to personally feel good about it all the time. Doing the right thing isn’t about always being validated, but about acting on what’s necessary.