One Reason I Hope We Never Stop Wearing Masks

An unexpected upside to wearing face masks in Philly? Getting a little anonymity in this small town. 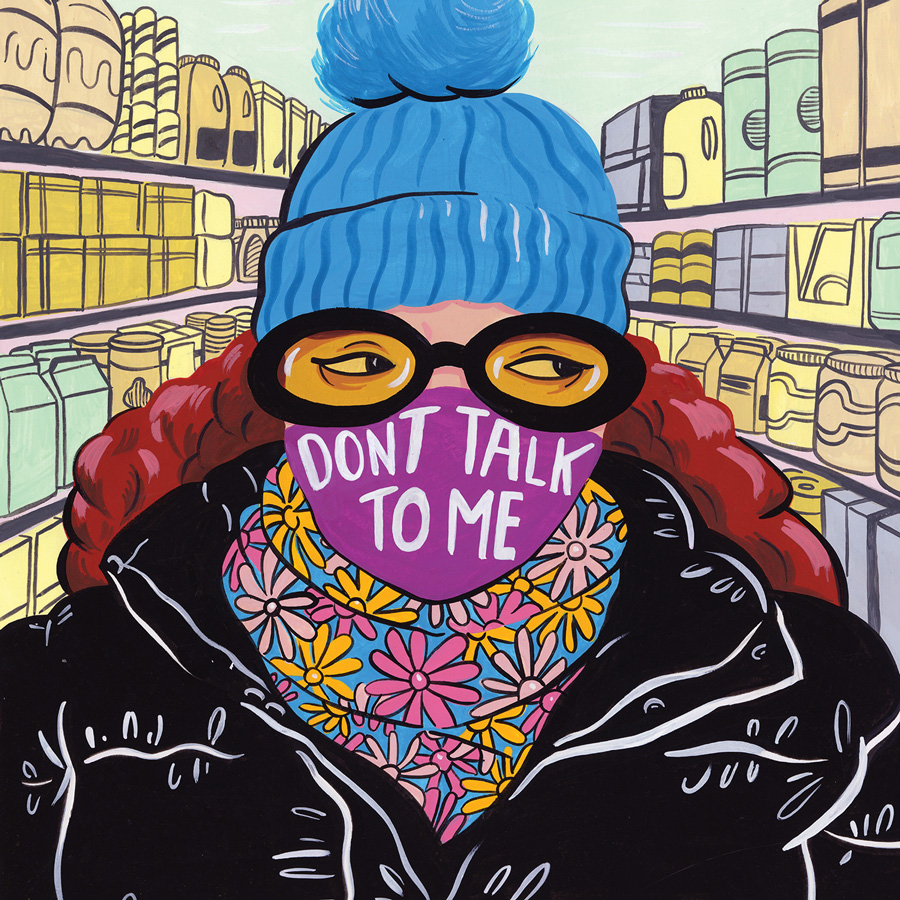 Last year, I opened an email from someone I had met in person exactly once. She was responding to a work-related inquiry I’d sent. “I saw you walking down Broad Street, in front of the Bellevue,” she’d written. “I was going to say hi, but you were talking on the phone, and it looked like it was a pretty intense conversation.” I cringed, knowing there was more: “I heard you say, ‘You have to be shitting me!’”

Not quite the professional impression I was hoping to make.

I grew up in Delco but spent much of my adulthood living in London, Los Angeles and New York City. Four years ago, my husband and I packed up our kids and moved from Brooklyn to Grad Hospital. Every year, the list of things I love about this city grows. But there continues to be one major drawback for me: the small town-ness. Sure, statistically, Philadelphia is the sixth most populous city in America, with more residents than San Francisco, Seattle or Washington, D.C. But more often than not, Philly is like a college campus where I’m guaranteed to run into 10 people I know on my way to the cafeteria. I’m not alone: One friend switched jobs and wound up on the same subway train as her ex-boyfriend every morning. (Brutal.) Another pal told me she regularly dodges behind cars to avoid a woman she had a falling-out with a few years ago. When I lived in New York, running into anyone familiar was so rare, it was a delight. Now, I feel like I can’t leave my house without bumping into someone I know. Or someone I’ve met once who spots me from afar, cursing into my phone.

Last summer, when the CDC recommended wearing masks outside the house, I was more than happy to do my part to stem the virus’s growth. Sure, it’s kind of a pain that masks add to the mountain of laundry already generated by five humans. And yes, I’m over the exhilarating game I play with my daughters each morning called “Which mask will you actually wear?,” in which I hold up choices, Vanna White-style, and hope one is enticing enough. But a few weeks into wearing masks, I realized there’s a big bonus to that scrap of face fabric besides, you know, not contracting COVID. Suddenly, I didn’t recognize people I passed on the street, and they didn’t recognize me. It was freeing.

Last July, researchers in Toronto found that it’s much harder for people to recognize the faces of those wearing surgical masks. Thirteen percent of participants in their study struggled so acutely that they had what amounted to prosopagnosia, or face blindness. Which means, friends, that in our little big city, I can shit-talk on my phone, scold my kids, or don a trash bag as I walk through Rittenhouse Square with a much smaller chance I’ll get an email that starts with, “I saw you the other day on Broad Street … ”

Published as “Going Undercover” in the January/February 2021 issue of Philadelphia magazine.