Comcast Exec Accused of Cyberstalking a Woman Who Worked for Him

Cathy Beazley alleges things got scary after she repeatedly rebuffed the advances of Michael DelCiello, a senior vice president at the corporation. Comcast tells Philly Mag the company "thoroughly investigated" the complaints Beazley filed with the company and found "no evidence corroborating" them. 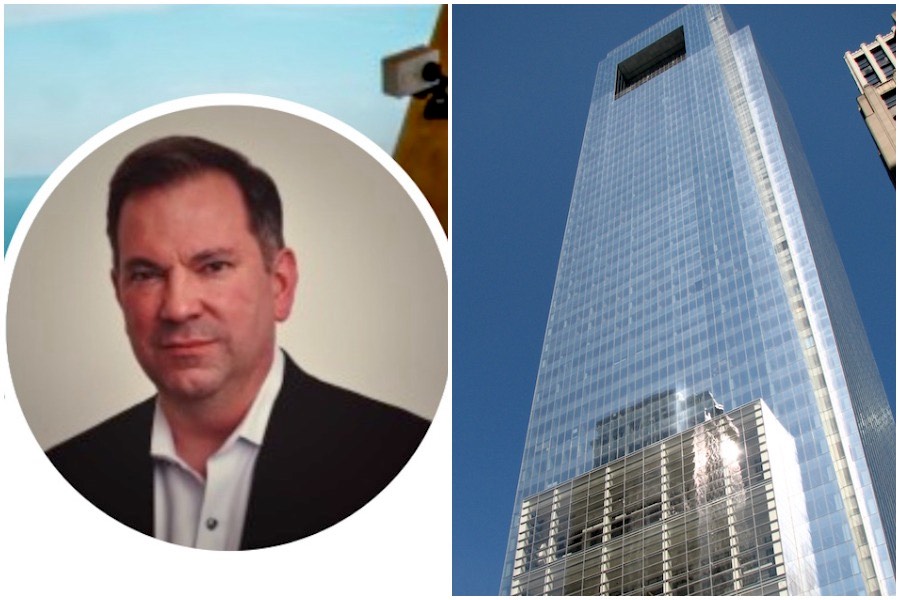 Left: Comcast executive Michael DelCiello, the subject of a just-filed sexual harassment lawsuit against him and Comcast. (Photo via LinkedIn) | Right: The Comcast building in Philadelphia where Michael DelCiello and the woman worked together (Photo by Flickr user “Chris In Philly 5448″/Creative Commons)

Comcast executive Michael DelCiello is under fire due to a sexual harassment lawsuit just filed in Philadelphia against him and the company. The suit was filed by Cathy Beazley, who began working under DelCiello in 2017.

According to the lawsuit, Beazley’s problems with DelCiello began in November 2017, when he allegedly invited her to a burlesque show while the two of them were on a business trip. She says she was offended by the request and declined. (Comcast wouldn’t get into the individual allegations contained in the lawsuit, but the company insisted to Philly Mag that it “thoroughly investigated” the complaints Beazley filed with Comcast and found “no evidence corroborating” them. Read Comcast’s full statement below.)

After that incident, Beazley says, DelCiello twice showed her photos of high-level men at Comcast and asked whether she was attracted to them. Then, in early January 2018, Beazley alleges, DelCiello refused to work on a project with her unless it was on a Friday night over a bottle of wine.

Beazley “repeatedly rebuffed DelCiello’s efforts to engage in a personal relationship with her,” according to the suit.

By April 2018, Beazley was growing increasingly uncomfortable working for DelCiello, she says, alleging that he threatened her career if she tried to obtain a transfer out of the Philadelphia office, where both were located.

During the first half of 2018, Beazley says, there were some other unusual activities that alarmed her. She alleges that DelCiello told her she had to connect her personal iCloud account to her company-issued laptop and cell phone. After that, Beazley claims, she became a victim of cyberstalking, which she believes DelCiello perpetrated.

According to the suit, fraudulent Tinder and LinkedIn accounts were set up using her information; calendar invitations were deleted from her account, resulting in missed meetings; and text messages that DelCiello sent to her work phone mysteriously vanished. Plus, the suit claims, a GPS tracking application on her company phone was remotely turned on without her authorization. Beazley alleges that DelCiello once told her he tracks his wife’s location using her phone. The list goes on.

Beazley also alleges that she once found DelCiello in her office with the door closed and that he offered no explanation for why he was there.

The suit claims that Beazley repeatedly complained to human resources and other management officials about DelCiello. At one point, Beazley says, the company installed a security camera in her office, but DelCiello then moved her to a different office — one that wasn’t under video surveillance and was in his direct line of sight.

Beazley says she continued to file complaints against DelCiello but that the company managers “could not validate” her concerns, eventually telling her they considered the matter to be closed. She continued to push and says this resulted in the company firing her in June of 2019.

DelCiello, a Berwyn resident, didn’t respond to a request for comment on this story.

According to his LinkedIn profile, DelCiello joined Comcast in August 2009, leading the business development of Comcast’s X1 platform.

Through a spokesperson, Comcast offered the following statement:

Sexual harassment, or harassment of any kind, is not tolerated at Comcast. We have strong policies prohibiting all forms of harassment and encouraging and facilitating employees to report any harassing behavior. Any allegation of harassment is taken very seriously. While we can’t comment on the details here, we thoroughly investigated and found no evidence corroborating any of Ms. Beazley’s claims.