Here's to a warrior on and off the field. 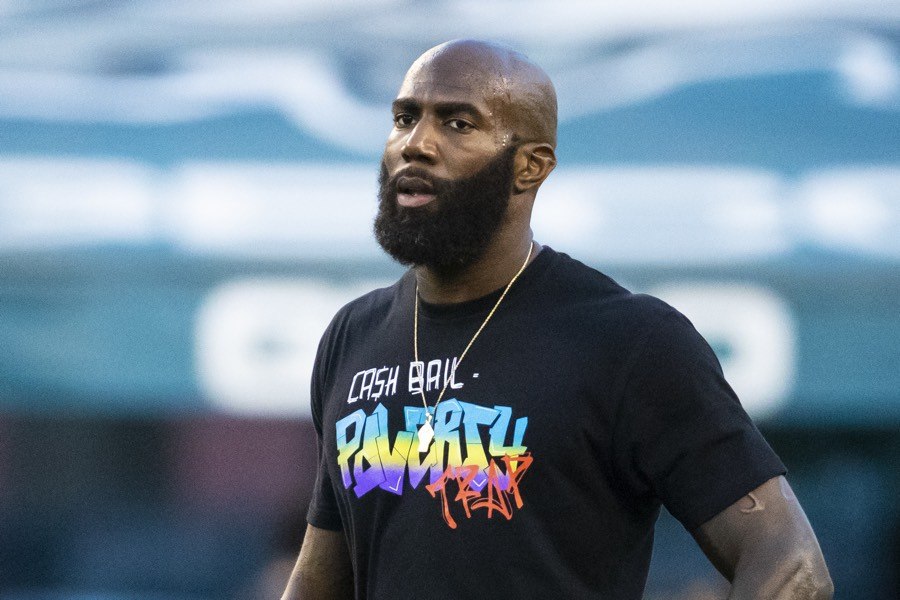 Malcolm Jenkins warms up while wearing a shirt in protest of cash bail before the game a 2018 game against the Atlanta Falcons at Lincoln Financial Field. Now a member of the Saints, he’ll join CNN as a commentator. (Photo by Brett Carlsen/Getty Images)

Malcolm Jenkins has always been a Philly favorite. Though he started his NFL career with the New Orleans Saints, he was an Eagle for six seasons, including the magical Super Bowl run in 2017. But even more than for his play on the field — he’s been a three-time Pro Bowler — he’s stood out as a fervent voice for social justice, with op-eds published in the New York Times and Washington Post and commentary on CNN. What’s more, he’s put plenty of his time and money where his mouth is, establishing the advocacy group the Players Coalition with Anquan Boldin; production company Listen Up Media, whose documentary Black Boys comes out later this year; and the nonprofit Malcolm Jenkins Foundation, which focuses on underserved youth in four states, including Pennsylvania and New Jersey.

On Monday, CNN announced it has brought Jenkins on board as a regular contributor, to provide perspective and commentary on national affairs in this crucial moment in racial relations in America. We’re still mad that the Eagles didn’t re-sign him. But we’re proud and happy that he’ll be playing on an even bigger field from now on.