We were surprised that we didn't see "Tom Wolf Eats His Boogers" in the lineup over Wildwood. 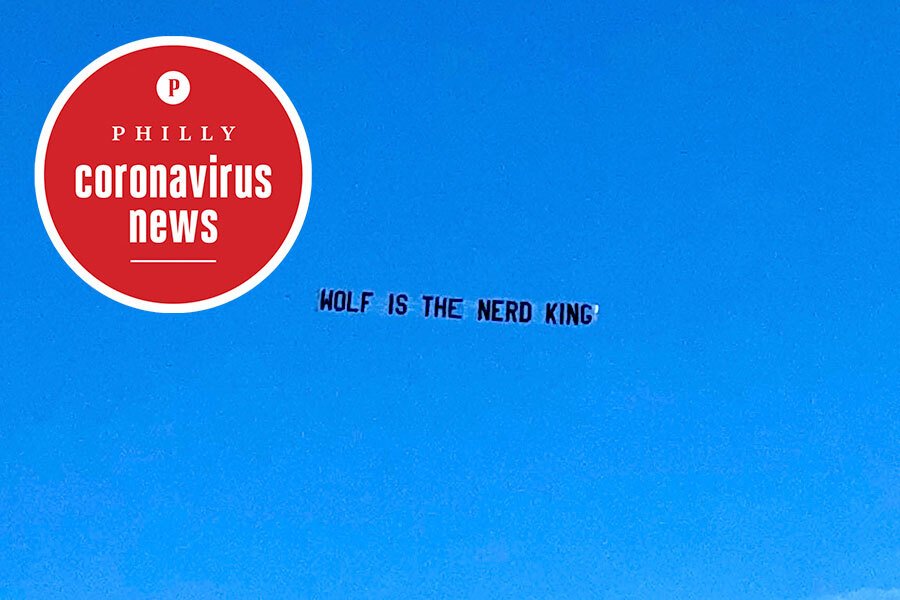 A trip to the Jersey Shore over Memorial Day weekend would usually include aerial advertising for booze cruises, happy hour at the local bar, and whatever party hired Jerry Blavat to deejay. But since the booze cruises aren’t running right now for obvious reasons, the planes had to find other types of messages to carry. And they did.

Well, denouncing might be too advanced of a word to use in this case, since the person who concocted the anti-Tom Wolf slogans (if you could even call them slogans) appears to have all the wit of a third grader. Actually, that’s unkind to third graders everywhere.

In one case, the banner read: “WOLF IS THE NERD KING.” Now, apparently the anti-Tom Wolf propagandist in question hasn’t learned that nerds are cool. And so, if you’re the king of the nerds, it then therefore follows that you are really, really cool. Nerds bow to you.

Just sayin’, if you fly a banner that reads “VICTOR FIORILLO IS THE NERD KING” above Wildwood, that becomes my Facebook cover photo for all eternity.

The other anti-Tom Wolf banner spotted at the Jersey Shore: “WOLF LIKES TO COLOR.”

I don’t have my copy of How to Interpret Things Written By Idiots handy, so I can’t say this with any degree of scientific certainly. But I imagine that this is a feeble attempt to portray Tom Wolf as a toddler — since toddlers like to color — while also making some sort of vague reference to Pennsylvania’s color-coded plan to reopen Pennsylvania.

And You Were Worried About Having the Neighbors at Your Cookout

With the unofficial start of summer upon us, I know plenty of people who are getting lax with the whole social distancing, stay-at-home order thing. Playdates in the park. Beers and hot dogs with your best friend from high school in your backyard. Etc.

But some people in Brewerytown have all of that beat: 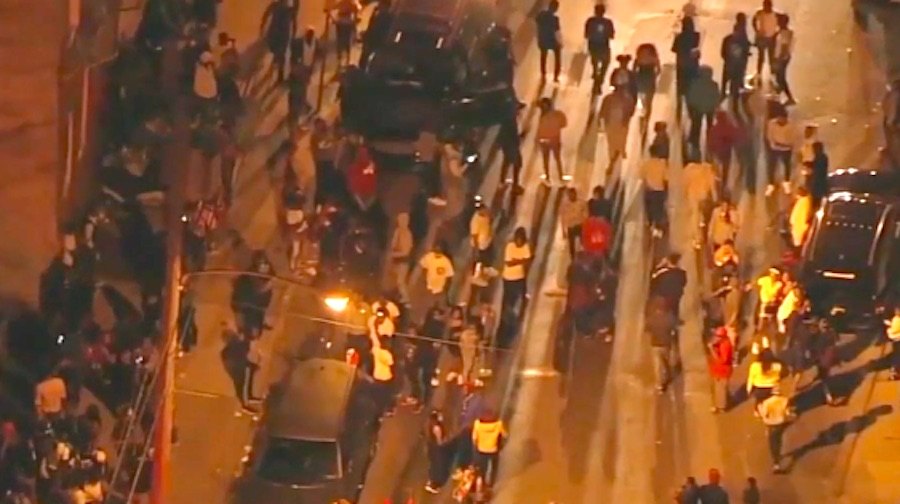 Screenshot from Chopper 6 video of the party in Brewerytown on Memorial Day.

On Monday night, police responded to the intersection of 28th Street and Cecil B. Moore Avenue, where they found about 200 people attending a party. And what party would be complete without a DJ? Yep, they had one.

Reports indicate that it took about an hour for police to get rid of the crowd. There were two arrests.

Apparently, the party started off small but grew and grew thanks to posts on social media. What’s that line from Fight Club about the first rule of Fight Club?

Here’s a report from 6 ABC:

Now Here’s a Virtual Concert I Can Get Excited About

I’ve seen a lot of virtual concerts lately. Some pretty good. Some not so good. But the one just announced by the Philadelphia Orchestra sounds like a can’t miss event.

Some will be live. Other portions will be prerecorded.

“The Philadelphia Orchestra brings joy and hope to audiences, reflecting and responding to the world around us in ways that only music can,” said Yannick in a statement. “We look forward to spending a truly memorable evening with our dear friends around the world. It will be a beautiful and uplifting journey.”