Kenney’s Deleted Messages: Not a Conspiracy, but the Law Losing to Tech

The mayor deleting all of his text messages isn’t a good look. But the real story here is about the challenges of record-keeping in a paper-free era — and the city’s failure to adapt. 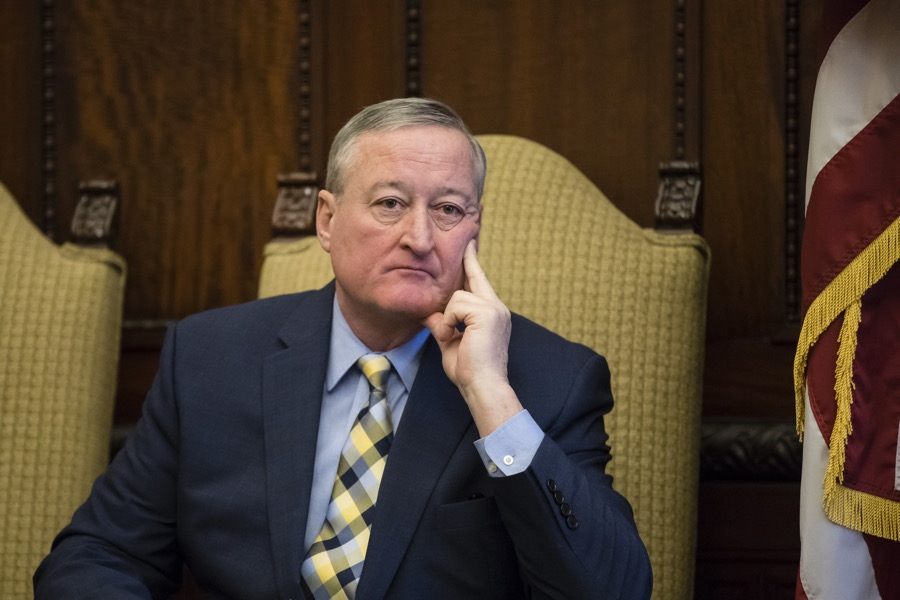 It’s amazing the things you’ll learn about government when you submit a public records request and the creaky wheels of bureaucracy are compelled by law to kick into motion. That’s how the Inquirer found out, as detailed in a story last week, that Jim Kenney has been using a personal cell phone during his entire tenure as mayor and deleting all of his messages, professional or otherwise.

The newspaper had asked for all of the mayor’s work-related email and text messages for the month of July 2018 under Pennsylvania’s statewide Right-to-Know law, which compels government agencies to furnish public records (with some exceptions, like those that could jeopardize public safety if released) to a requester. The paper didn’t receive any texts at all, because they’d been flicked into the digital abyss.

The Inquirer has framed the story as a possible violation of Right-to-Know law. But this case really has nothing to do with Right-to-Know, which only encompasses documents that have already been archived. Instead, this is about an entirely different set of guidelines: Philadelphia’s municipal records retention policy.

Think of it this way: If the Right-to-Know law is like a government document yard sale, then the records retention policy is the earlier spring cleaning that determines what you’re going to put on the market in the first place.

Philly’s retention policy, for example, spells out detailed instructions for each city agency as far as which records must be kept and for how long. For the mayor, specifically, all general correspondence should be maintained permanently. How that correspondence occurs is irrelevant, explains Erik Arneson, executive director of Pennsylvania’s Office of Open Records. “It doesn’t matter if it’s a text message, a handwritten calligraphy thing on parchment, or a Snapchat message,” he says. “If it documents an action of an agency, it’s a record, and it might be a public record.”

City spokesperson Deana Gamble has said that Kenney never used a city-issued phone as mayor because he didn’t want two separate devices. In a statement, Gamble suggested that Kenney’s official business never mixed with the personal: “There’s no indication that the mayor’s text messages on his personal phone qualified as city records.” But Gamble also conceded that at no point in Kenney’s first term had someone in the administration sought to retain the mayor’s text messages to see if they would qualify as records. So there’s really no way to know for sure what was deleted in the last three-plus years.

But before you get out the pitchforks for Mr. Mayor and start conspiracy-theorizing, let’s pause. This is probably a story less about nefarious deletion than it is one about the challenges of government archiving and transparency in an era when it’s easier than ever to communicate and run a city without producing any tangible documents. And the corollary here is that it’s also easy to click delete and send something swiftly into the ether without thinking twice. Pressing a button on your phone feels a whole lot less consequential than, say, standing over a paper shredder — even if the end result is the same.

Mayor Kenney isn’t the only government official to run into trouble for discarding messages. In 2017, former Missouri Gov. Eric Greitens and his staff got caught using an app called Confide, which automatically erased all text messages once the recipient read them. That scandal prompted a criminal inquiry by the state’s attorney general’s office, as well as a civil lawsuit claiming that the administration was using the app with the express purpose of avoiding Missouri’s equivalent of the Right-to-Know law. No charges were filed in the AG’s investigation, but the civil suit is ongoing — even after Greitens resigned from office last year following a series of other scandals.

Kenney’s behavior doesn’t seem to rise to that level of alleged coordinated evasiveness. A better precedent might be found just up I-95 in Boston, where the Boston Globe discovered in 2016 — after filing, you guessed it, a public records request — that Mayor Marty Walsh had deleted text messages from his work phone. Those deletions did technically violate Massachusetts state law, but the mayor expressed remorse and the whole ordeal fizzled away rather quickly.

In Kenney’s case, he hasn’t actually violated any state law. Still, the optics of the whole episode are far from ideal, says Terry Mutchler, a government transparency lawyer who was appointed the first-ever head of Pennsylvania’s open records office by Gov. Ed Rendell in 2008. “In this day and age of politics, nobody’s going to give the mayor the benefit of the doubt,” Mutchler says.

Getting government to care about open records policy can be a Herculean endeavor. “Record retention does not tend to be something that is always at the forefront of agencies’ thinking,” says Arneson, the current open records director. Case in point, according to the Gamble’s statement: “There currently is no separate policy or directive regarding records produced on personal mobile devices.”

“This is an opportunity,” Mutchler says, for the Kenney administration to begin better record-keeping practices. Sometimes it takes an embarrassing gaffe to jumpstart that government engine.

Gamble said as much herself: “This experience has been a learning opportunity for the Administration to see where we can improve.”

The Inquirer hasn’t given up, though. The newspaper filed a Right-to-Know appeal asking that the administration reach out to Kenney’s cell phone carrier in an attempt to retain the missing messages from July. It might sound like a Hail Mary. But then, as any millennial can tell you, just because you hit the delete button on something doesn’t mean it’s really gone for good.