2019 Super Bowl Ad Winners and Losers, According to a Philly Ad Exec

Here are the five commercials that were worth the more than $5 million a spot — and the five that should have died in the pitch meeting. 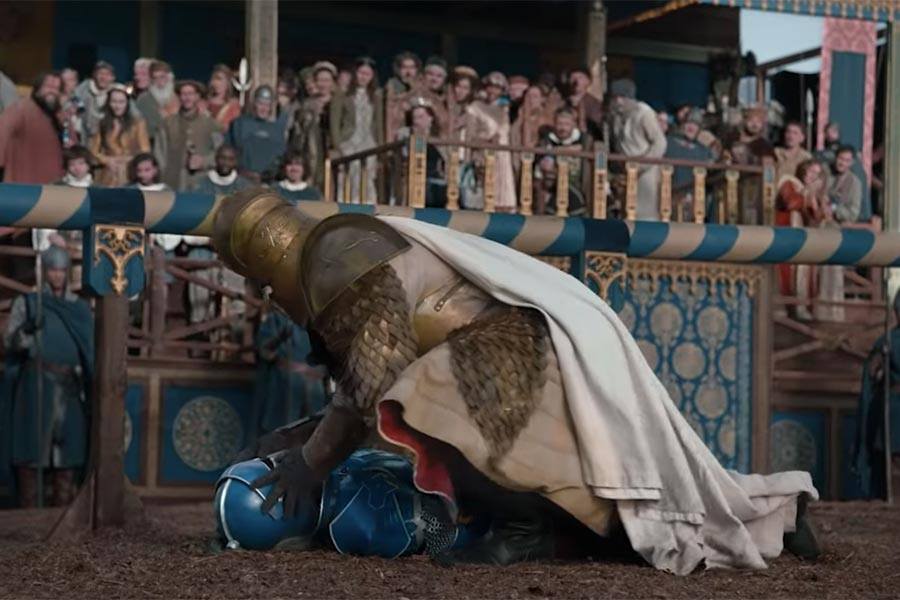 A “Game of Thrones” crossover did not go well for Sir Bud Light.

The NFL season ended with a … thud. While there weren’t a lot of points in this year’s championship game, brands were using celebrities, special effects, and an unusual amount of robots to score with the 120 million Americans tuning in. This year, a 30-second commercial cost over $5.2 million dollars. So which brands walked away feeling like big winners?

Audi did not choke on the big stage.
Audi typically does an amazing job turning a few seconds of airtime into commercials that are as beautiful as their cars. But this year, they had a twist. Just when you thought they had taken a serious tone to promote their upcoming electric line, they zigged and got one of the biggest belly laughs of the night.

Jason Bateman pushed all the right buttons for Hyundai.
It’s good to see Jason Bateman out of the Ozarks and back where he belongs: in an elevator, dripping with sarcasm. This might have been the best-written spot, with tons of quick gems worthy of another watch. None were better than a grown man telling his son that “Even Grandma’s body went through changes.” So gross. And so good.

Game of Thrones did something we all should have seen coming … but probably didn’t.
Like Brady going to Gronkowski late in a game, some things you can see coming from a mile away. But Bud Light letting The Mountain from Game of Thrones crush the skull of its spokesperson? Boy, I did not see that coming. Kudos to the apparently-non-corn-syrup-infused beer for letting HBO coopt their brand. And thank you for not leaking that ad.

Lift a glass of Bubly to Michael Bublé.
The Dude and Carrie Bradshaw did a respectable job pitching Stella Artois. But Michael Buble proved that he’s got a post-Christmas shelf life in a well-written and perfectly executed spot for Bubly. This year, 50 celebrities sold everything from Mercedes Benz to Doritos. But few did it better than this crooner.

Two Google ads worth searching for.
Not every Super Bowl commercial needs to have a celebrity or a monkey or an unfinished baby robot. Some of the best spots can tug at our collective heart strings. And Google executed two of those spots flawlessly. Their 100 Billion Words spot did a great job highlighting something my iPhone cannot do (but it can let you eavesdrop on me with FaceTime). Also, using Jim Halpert’s voice to pitch Search for Veterans was beautifully executed.

Mint Mobile had most of us gagging.
I’m not 100 percent sure what Mint Mobile was pitching. Why? Because right as they were spending $5.2 million to tell us, they cut to a family chugging chunky milk. I watched people literally hide their eyes from the TV. Which is exactly what you don’t want people doing during the Super Bowl. Also, I dry-heaved as I wrote this paragraph. True story.

Who are the ad wizards who keep running this Persil campaign?
It’s been running for years. It continually scores low on USA Today’s Ad Meter. And you probably don’t even remember the commercial I’m talking about. And that is exactly the point.

Michelob Ultra’s “Pure Gold” wasn’t.
I appreciate what this ad was trying to do: use a heightened sense of sound (search: ASMR) to cut through crowded bars and noisy living rooms across America. And it did. But that’s all it did. After it was over, it left viewers feeling awkward and wondering “What just happened?” I appreciate the effort. But it didn’t connect.

Sorry, Burger King. No one eats like Andy Warhol.
I’m about to lose all my street cred with the ad nerds out there, but I don’t think this spot was effective. Sadly, the typical Burger King customer doesn’t know who Andy Warhol is, let alone remember the insider baseball story about this video shot in 1982. It feels like a bunch of ad guys fell in love with this idea and no one remembered to ask if this was a good idea.

What was up with all the robot ads like TurboTax’s “RoboChild”?
Someone needs to take the heat for the dozens of ads featuring robots and AI. So I’m pinning my ire on this spot featuring a creepy kid robot that laughs when it’s sad. The Super Bowl tends to be a reflection on what’s happening in America right now. And apparently, right now, we’re coming to terms with the fact that robots are taking over our lives. But when dozens of other brands use the same approach, it means everyone could have tried something more original.

Steve Merino is the managing partner–chief creative officer at Aloysius, Butler & Clark, one of the region’s largest independent advertising agencies and ranked by Ad Age as one of the nation’s “Top Shops.” Follow them on Twitter and Facebook.