These Philadelphians Want to Build a Shrine to Alexander Hamilton

Will the First Bank of the United States get its shot? 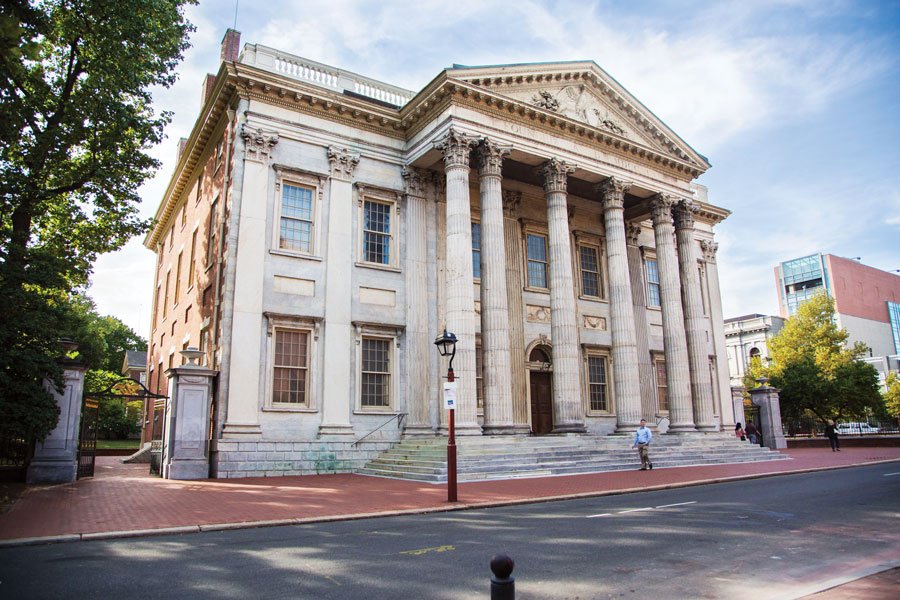 Hey, First Bank, history has its eyes on you. Photograph by C. Smyth/Visit Philadelphia

The First Bank of the United States is located in Philadelphia. That’s not surprising; Philly claims a lot of American firsts. What is surprising is that the bank, across from the new Museum of the American Revolution, has been closed to the public for more than 40 years. Infrastructure woes have rendered the stately blue marble structure a glorified office building.

But as we approach the U.S. Semiquincentennial in 2026, a band of ambitious historians and finance enthusiasts wants to revive the building as a historic site—the next stop on Philly’s Revolution Row. That the bank is a keystone in our national backstory—it’s where Alexander Hamilton bootstrapped our financial system—is the big sell for the $28 million mission.

With some $15.5 million in total on hand, it’s fair to wonder how enticing a shrine to Hamiltonian ideals might be. The trust’s board chairman, Bill Marrazzo, tells me it could be a unique educational opportunity, a move toward closing our nation’s financial literacy gap. “People can learn through the lens of Hamilton,” he says.

But will America’s obsession with Hamilton eventually wane? Ron Chernow, the author of the biography that inspired the Broadway musical, thinks not. With great optimism, he penned a letter to the trust: “In the view of many Hamilton admirers, a restored First Bank of the United States would capture his spirit as well as any other surviving building.”

Published as “The First Bank Gets Its Shot” in the January 2019 issue of Philadelphia magazine.