The Best Thing That Happened This Week: The Baby, the Eagles Hat and the Massachusetts State Troopers 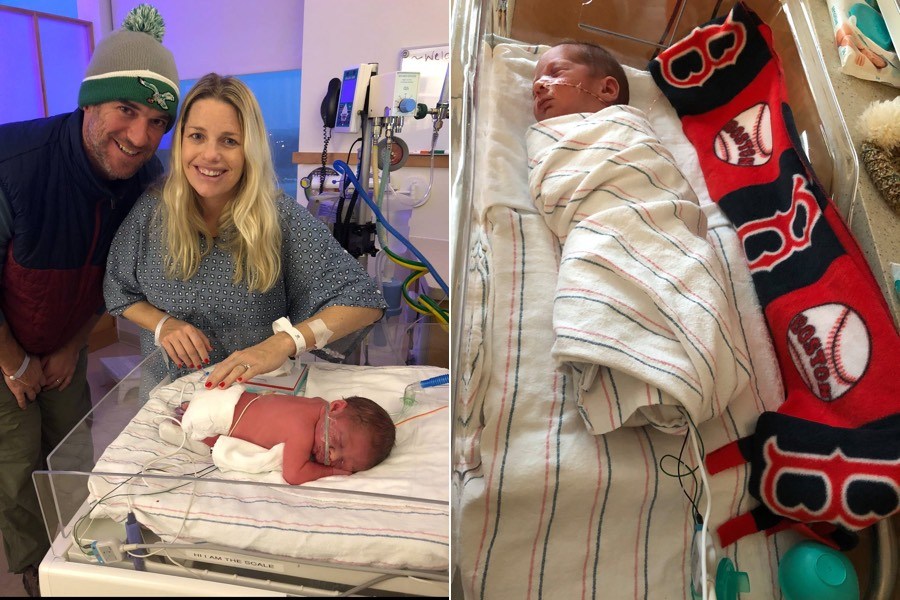 Okay, so technically this happened last week, but when a tree falls in the forest and all that, and it wasn’t until this week — Wednesday, to be precise — that freelancer Diane Stopyra told, at Philly.com, the amazing story of how 33-year-old South Philadelphian Kathryn Fazzie gave birth to her second child squatting on all fours in the front seat of a rented Chevy Tahoe while her husband Nick, having lied to her about how far they were from the hospital, careened between trucks at 80 miles per hour in a blinding snowstorm along I-95 somewhere outside Boston, with their firstborn, a toddler, in a car seat in the back. The tale, as Stopyra lays it out, is full of harrowing details — lost phone connections; Kathryn’s water breaking “like a dam bursting,” as Nick put it; said toddler screaming because no one is paying attention to her — before the happy ending (five-pound, 12-ounce Archie, who will be listening to his parents retell the story for the rest of his life). But the, um, capper comes when police officers arrived on the scene. (Nick finally did pull over.) Let’s let Nick take it away:

In a very serious voice, they told me they needed to ask me some questions, but that I’d need to remove my hat first. I did it without thinking, then I realized they were busting my chops. It was an Eagles hat.