Andrew Kovalic, an alleged member of the Proud Boys, was the subject of a petition by the Philadelphia-based Media Mobilizing Project. 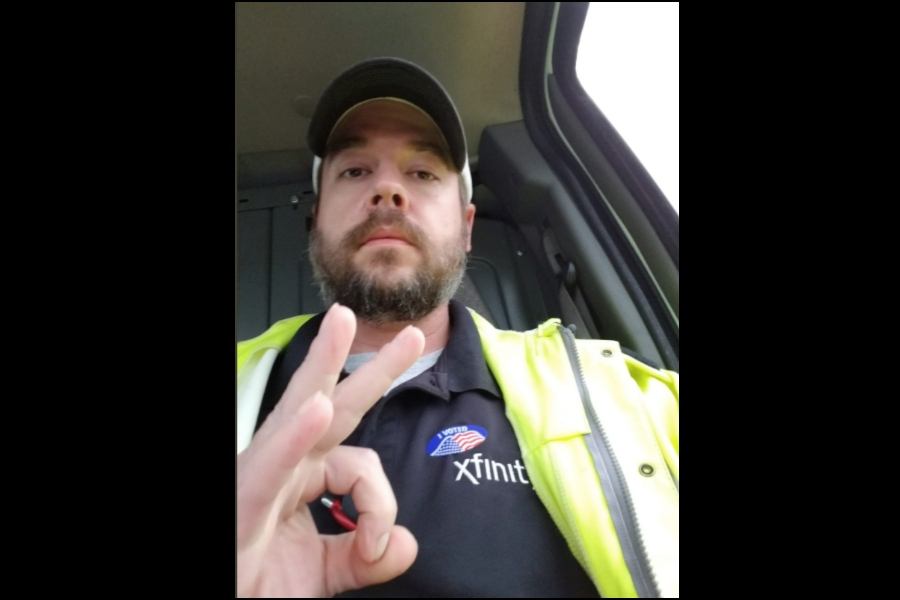 Comcast on Wednesday fired Andrew Kovalic, a 10-year employee who earlier this week became the target of a viral petition alleging that he is a member of a hate group.

The petition that called for Kovalic’s termination, which had garnered 373 signatures by Wednesday morning, was created and sponsored by the Philadelphia-based nonprofit Media Mobilizing Project, which often scrutinizes media and telecommunications companies like Comcast.

“Employing Andrew Kovalic, a member of the hate group the Proud Boys, is an embarrassment and an insult to the communities of Philadelphia and the country. […] Comcast should terminate his employment immediately, and state clearly and publicly that it will not tolerate racist and fascist speech, organizing and actions from its employees.”

In a statement to Philadelphia magazine, Comcast said, “There’s no place for disrespectful, offensive behavior in our culture. The individual is no longer employed by Comcast.”

When asked how Comcast made its determination to fire Kovalic and what specific behavior led to the company’s decision, a spokesperson said they could not comment on the situation beyond the statement.

Calls made to a cell phone number associated with Kovalic, whose since-deleted LinkedIn profile said he had been working for Comcast as a communications technician since 2008, were not immediately returned.

The petition was created after a Twitter thread by user @AntiFashGordon went viral on Monday, November 12th. The thread called attention to a “We the People” rally scheduled to take place in Philadelphia on Saturday.

On Facebook, the rally’s organizers state that the purpose of the event is to “Show Philly what patriotism really is.” Those encouraged to attend are “patriots, militia, constitution loving Americans” and those who are “pro good cop, pro ICE, pro law and order, pro life, pro American value, pro gun and anti illegal immigration.”

Organizers also wrote, “Any violence, racism, or display of hate by any group or individual is extremely prohibited.”

Despite the rally’s stated purpose, the event is being linked to groups like the Proud Boys, which the Southern Poverty Law Center has deemed a hate group. This is where Kovalic comes in.

The Media Mobilizing Project petition also calls attention to a photo of Kovalic in his Comcast uniform, holding up the “OK” hand gesture that’s simultaneously a trolling tactic of the alt-right and considered a symbol of white power. More on that here.

THREAD: The Proud Boys and other alt-light groups are rallying in Philadelphia on 11/17.

He works for @comcast. Here he is making a white power gesture in his Comcast uniform. pic.twitter.com/TC84L290YD

“We like beer. We still like beer. Have a Dick pic. Sincerely, The Greatest Fucking Fraternity in the History of Mankind.”

A Media Mobilizing Project representative told Philadelphia magazine that “Comcast has done the right thing by not continuing to employ a person planning a rally focused on hate for Black, Brown, immigrant, Jewish and many other communities.”

They added, “But if Comcast truly wants to erase the hate, it has to make a stronger statement in support of communities under threat in these precarious times, and note that it will never tolerate racist, fascist, anti-Semitic and white supremacist words, actions, and organizing by its employees.”