The water level has prompted road closures in Manayunk — where the risk of flooding is highest. 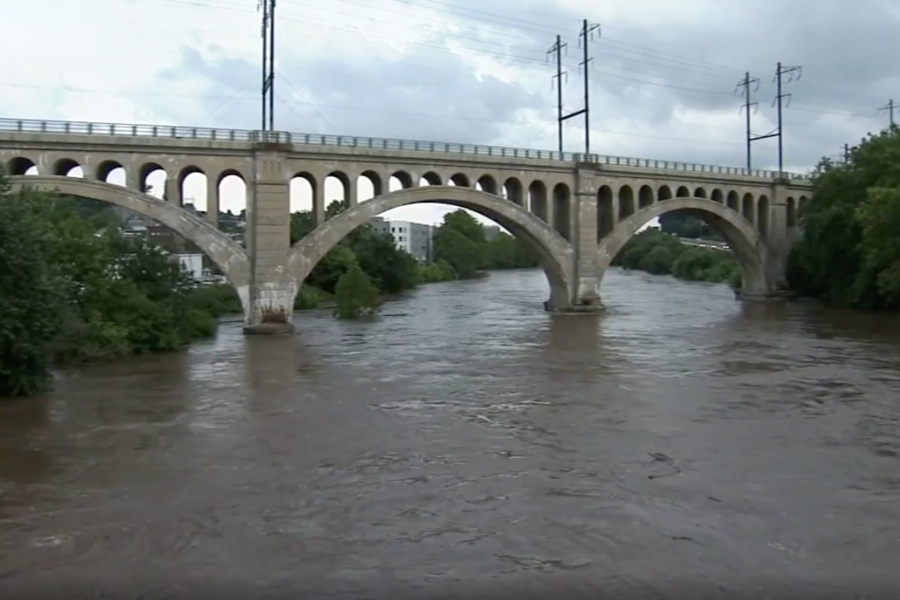 The torrential downpours that flooded parts of the region on Monday have prompted the Schuylkill River to rise near flood stage.

According to the National Weather Service, the river rose to 10.92 feet on Monday night — just shy of 11 feet, which is considered flood stage.

The good news? The water level is expected to go down from here. It’s also not nearly as bad as it has been before: On October 4th, 1869, the river reached 17 feet in the Philadelphia area, according to the NWS. That was during the worst flood in the Schuylkill’s history, after the “Saxby Gale” hurricane brought days of rain that ended a summer-long drought.

The current Schuylkill River flooding situation is worse in Norristown, where the river reached 15 feet on Monday night and continues to hover around 13 feet (considered flood stage) on Tuesday morning. Flooding in the nearby area was particularly bad on Monday, affecting a significant portion of the King of Prussia Mall (including a parking garage, where one woman had to be rescued). Pennsylvania 320 between Upper Gulph/Old Gulph and Arden roads remained closed on Tuesday morning.

To check if flooding is still affecting roads near you, visit 511pa.com. Weather.gov also offers an interactive map that allows you to see if a creek or river near you is in danger of flooding.

Otherwise, the worst may be over, but we’re still in for some rain on Tuesday. Showers and thunderstorms are most likely between 4 and 5 p.m. on Tuesday (during the evening commute) and again before 11 p.m., according to the NWS. But new rainfall amounts are less than a tenth of an inch — expect for high amounts possible in thunderstorms.

Then we’re back to sun on Wednesday (hallelujah).

WHOA. The Schuylkill River rose to nearly 11ft this morning. The current going over the falls at Boat House Row is intense. But even more shocking is all the trash accumulating behind the @philamuseum and Water Works. I think I counted 30 basketballs in there! @phl17 pic.twitter.com/mxQltVfFkQ