WATCH: A Boat Went Up in Flames on the Delaware River

The boat was billowing black smoke when authorities responded around 11:30 p.m. Monday. 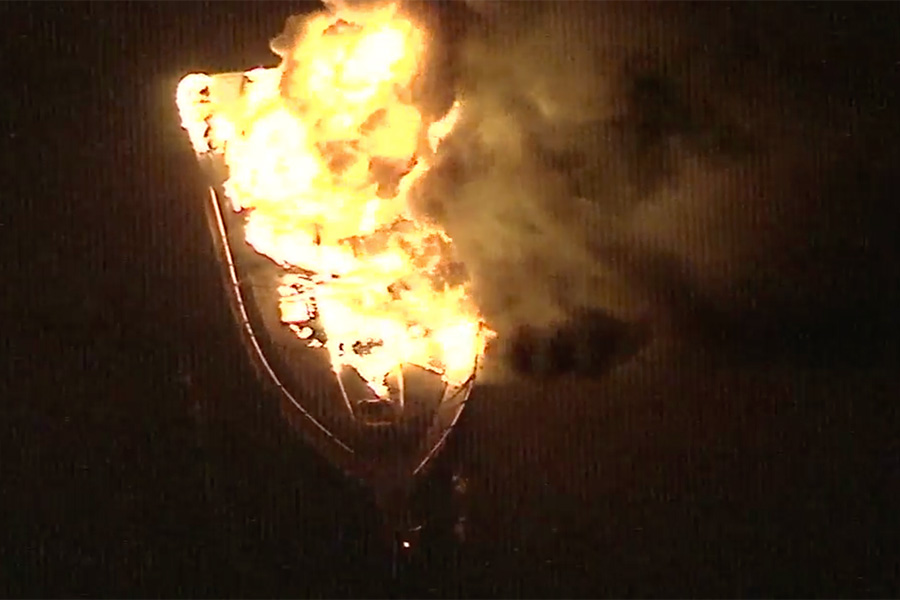 A 30-foot boat, docked near the Tacony section of Northeast Philadelphia, was engulfed in flames and billowing black smoke when authorities responded to the call Monday night. The fire could be seen from both sides of the river, 6ABC reported.

Chopper 6 was over a burning boat which was docked on the Delaware River in Philadelphia's Tacony section. https://t.co/ctrcpAGalc pic.twitter.com/A5yUWOZKXU

The call came in shortly before 11:30 p.m. with reports of a boat about 20–50 feet off the dock on fire, according to a Philadelphia Fire Department spokesperson. A marine unit arrived minutes later and began spraying down the boat, with the Coast Guard also responding. The fire was under control by 12:50 a.m. Tuesday morning, the spokesperson said.

No injuries were reported, and authorities are still investigating the cause.