WATCH: ATM Blown Up in Theft Attempt in Port Richmond

Police are searching for a duo who they say attempted to crack open a beer distributor’s ATM machine with an explosive device. 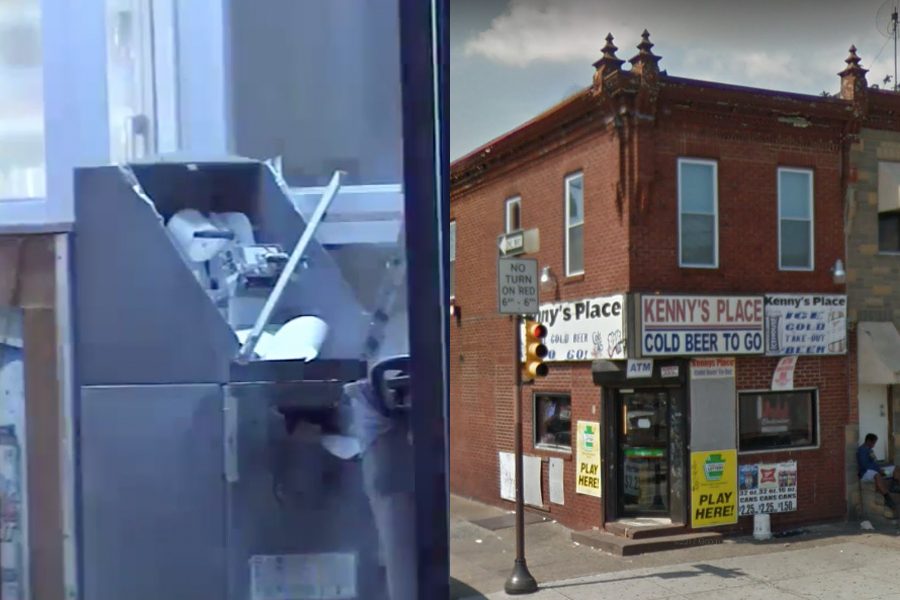 Photos via 6ABC and GoogleMaps.

Philadelphia police and members of the federal Bureau of Alcohol, Tobacco, Firearms, and Explosives are investigating an attempted theft in Port Richmond on Wednesday night involving an explosive device and a blown-up ATM machine.

Police are searching for a man and woman who they say used some sort of explosive in an attempt to crack open an ATM positioned inside the vestibule of Kenny’s Place, a beer distributor on the 1800 block of East Allegheny Avenue. The incident occurred at approximately 9:30 p.m. and was captured entirely by the store’s surveillance camera system.

Surveillance video of two people blowing up ATM in Port Richmond. Lots of angles. No one hurt. pic.twitter.com/187I9CANDz

More surveillance video of ATM explosion in Port Richmond. You can hear her say, “Why this (expletive) not working?” Eventually lights fuse, walks out. Then comes explosion. pic.twitter.com/hnbx01J5U3

According to police, the footage shows the male suspect walk into Kenny’s Place with a device in his back pocket before he hands it off to the woman who is with him. She then puts on a mask, police say, and affixes the explosive to the ATM prior to the blast.

“It appeared to be a very violent explosion and it did cause a lot of damage to this metal ATM machine,” chief inspector Scott Small told 6ABC. “It actually tore the entire front of the machine off.”

Despite the high impact of the blast, nobody was injured. The safe locked inside the ATM’s exterior was not breached and no money was actually stolen.

At this time, PPD is treating this incident and another blast that occurred a half-mile away in Kensington on Monday as isolated, although they haven’t ruled out the possibility of a connection.

UPDATE: Police on Thursday confirmed that they have made an arrest in the case, although the suspect has not yet been officially charged by the Philadelphia District Attorney’s office. According to PPD, officers  stopped a woman at the corner of Frankford Avenue and Clearfield Street, where she was positively identified and taken into custody around 1 a.m.