The city controller says she doesn’t think Philadelphians should have to pay more in taxes until the city gets its books in order. 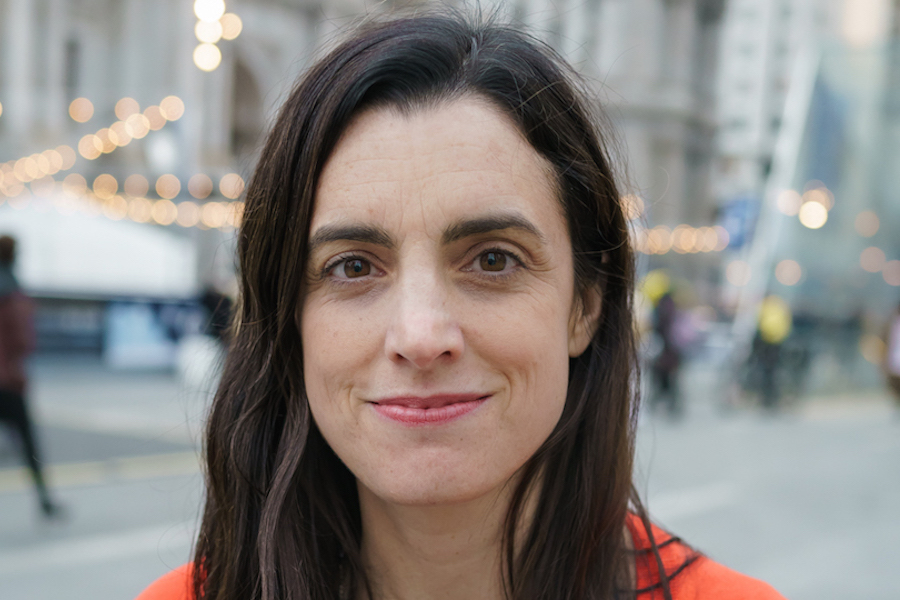 Philadelphia has the worst accounting methods of the nation’s 10 largest cities, according to an audit released on Tuesday by Philadelphia city controller Rebecca Rhynhart.

The evidence, according to Rhynhart: The city has lost track of $33 million from its largest cash account, and it has made $924 million in accounting errors in the last fiscal year alone.

Rhynhart is calling on Mayor Jim Kenney and finance director Rob Dubow to take action after her office’s annual Report on Internal Control revealed some worrisome findings. She’s asking for better reconciliation of the city’s main cash account (from which the $33 million is missing), as well as a serious plan to combat the city’s many accounting deficiencies.

We gave Rhynhart a call on Wednesday to hear more about the missing funds, which reflect a disparity between what city claims should be in the bank and what’s actually in the bank. Here’s what we learned.

How did this $33 million slip through the cracks?
The finance director and the treasurer didn’t reconcile [the city’s main cash account] for close to three years, from fiscal year 2015 to almost the end of fiscal year 2017. Every day, the Treasurer’s Office is supposed to take a report from the Finance Department, and they’re supposed to check that [report] with the amount of money in the bank. It wasn’t done at all for close to three years. This finding was detailed in the previous controller’s reports. But one of the things that I found was that this wasn’t getting the attention it needed to get. When it was finally reconciled in June 2017, there was a $33 million difference between what was supposed to be in the bank account according to the books and what was actually in the bank account. [Dubow says that figure has since been reduced to $28 million; Rhynhart says she has yet to confirm that.]

So could the money just be in different accounts?
There are a lot of possibilities. The money could have been put into the wrong account. Or there could be some fraud. At this point it’s not known, and that’s why it needs to be addressed by the mayor and the finance director with real urgency. The finance director and the treasurer have established a $500,000 contract with an independent firm [Horsey, Buckner & Heffler] to come in and look at every single day for that three-year period to figure out where the mismatch occurred. That’s supposed to be done by November. At the same time, my office has opened a fraud investigation. There’s no evidence of fraud, but we need to treat this with the urgency it deserves. This is appalling for taxpayers.

Report released from my office today shows Philly has most weaknesses in internal controls over financial management of any of the largest 10 U.S. cities. This led to $924 million in accounting errors and $33 million of missing funds. This needs to be addressed with urgency pic.twitter.com/MTxK6HuLZn

As a cashier, you could get fired for losing $33. Who is to blame in this situation?
I’d like to point out that the weakness in the reconciliation process that led to the $33 million missing is just one of the many weaknesses that the Report on Internal Control shows. The problem is bigger than that. There were $924 million of errors made by accountants who work for the finance director in fiscal year 2017. These are significant problems. We are the worst in the country [among the] 10 largest cities in terms of number of findings.

Who’s responsible? The responsibility lies with the mayor and his administration. And this all rolls up to the finance director. What I’m asking for now is for the mayor to come out and address all of these material weaknesses with urgency, to develop a comprehensive plan. It’s his decision as to what personnel changes he wants to make, if any at all. But he needs to address this with urgency to fix these weaknesses within the next year. [Asked later if Rhynhart thought that Dubow should be fired, a spokesperson for the controller said, “I think her answer is pretty clear — personnel decisions belong to the mayor.”]

One issue you blamed was the finance department’s reduced staff and lack of technology. Would you recommend that the department hire more employees and receive more funding?
Yes. They need to hire more accountants. There’s hundreds of thousands of dollars being spent on consultants to fix these issues — it would be more cost-effective to hire more accountants to do the job right from the beginning. The report said staffing was about 20 percent higher back in 2000. One could say you need less staff because of technological advances — but they’re using outdated technology!

Right. In the audit, you mention that the city prepares financial statements the Lotus 1-2-3 spreadsheet program, which was popular in the 1980s — before the internet even took off — and discontinued in 2013. Why are we still using this program, and how much blame does it hold in this situation?
It’s partly to blame. It absolutely shouldn’t be used any more. It shouldn’t have been used 10 years ago or 15 years ago. The city has [Microsoft Excel]. Their use of Lotus 1-2-3 is letting individual employees continue to use outdated technology that they’re conformable with. What we need to see from the Finance Department is a push to make change and a push against complacency. And it’s a cop-out response to say that there aren’t enough resources being allocated toward the department. Finance needs to lead the charge to get [resources]. It’s up to individual departments to make requests and push for technological upgrades.

At the presser, you expressed frustration over the lack of a  “concrete action plan” for dealing with the city’s accounting issues. What would a concrete action plan look like?
The finance director submitted a response to the Internal Control report, which is in the back of our report. The response for the reconciliation problems is some of what I’d want to see for the other weaknesses and deficiencies — a detailed timeline to fix each thing by December 2018.

The mayor asked you to be part of a Reconciliation Task Force. What will that entail?
In my view, the auditors made recommendations, and the accounts just need to be reconciled. I don’t … if the mayor wants to have a task force with members of the administration, thats fine. But they really just need to reconcile the account.

Are you satisfied with the mayor’s and the finance director’s response to the audit?
No. Not yet. There’s been a lack of acknowledgment of the seriousness of these issues. Rob Dubow’s response to the $924 million in errors in an Inquirer article was: Well, that’s part of the process, the controller’s office fixes errors. That’s not okay. It’s not okay that there’s that level of errors being made. The complacency with the status quo is a problem.

Can you blame taxpayers for not wanting to pay more taxes when the city isn’t effectively money?
Absolutely not. I don’t think taxpayers should have to pay more until the city gets its books in order.