A new analysis from Pew Charitable Trusts found that the number of foreign-born residents living in the city has increased by 69 percent. 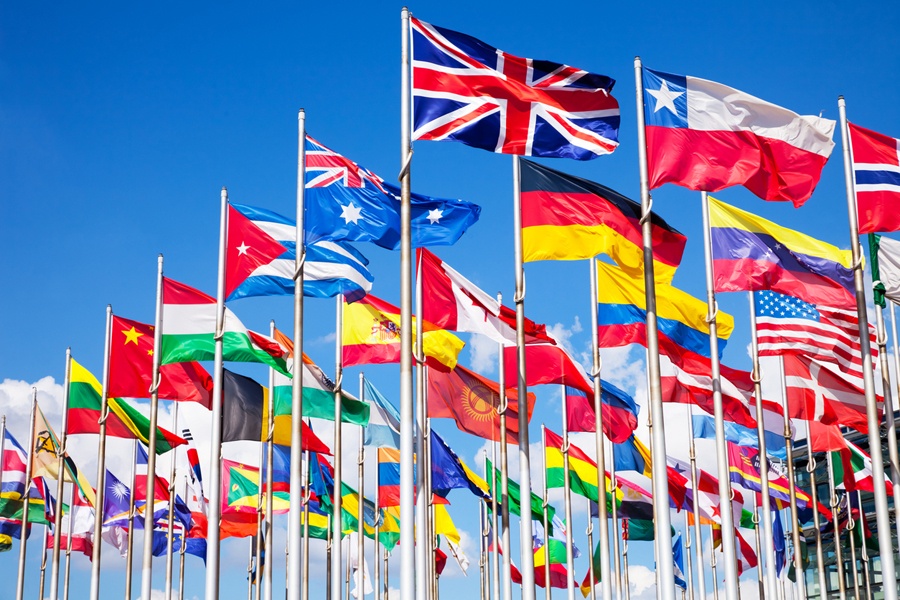 According to a new study conducted by Philadelphia-based Pew Charitable Trusts, the city’s foreign-born population has experienced a boom since 2000, contributing to sustained population growth while fueling an increase in the number of workers and adding to Philly’s already high share of poor residents.

Since we’ve entered the 21st century, the total number of immigrants living in the city has risen 69 percent — an additional 95,000 people. In 2016, the last year available in Pew’s data set, immigrants made up their largest share of Philadelphia’s population since 1940, at 15 percent. In recent years, more than a quarter of all Philadelphians were either born abroad or had parents who immigrated to the United States. 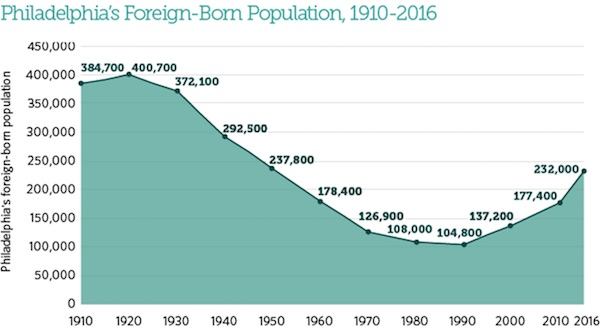 “The degree to which immigrants have fueled Philadelphia’s population resurgence is striking,” said Tom Ginsberg, the author of Pew’s report, titled “Philadelphia’s Immigrants: Who They Are and How They Are Changing the City.” “By taking a closer look at this expanding demographic, Pew’s research shows the potential they have to shape the city’s economic and social landscape in ways that present both opportunities and challenges.”

Pew’s analysis examines the economic and social characteristics of Philly’s immigrants (including their countries of origin, income, level of education, and work status) while also looking at how these features have changed in recent years and how they compare on a national level as well as against the surrounding suburbs and other large U.S. cities. The research primarily relied on census information. 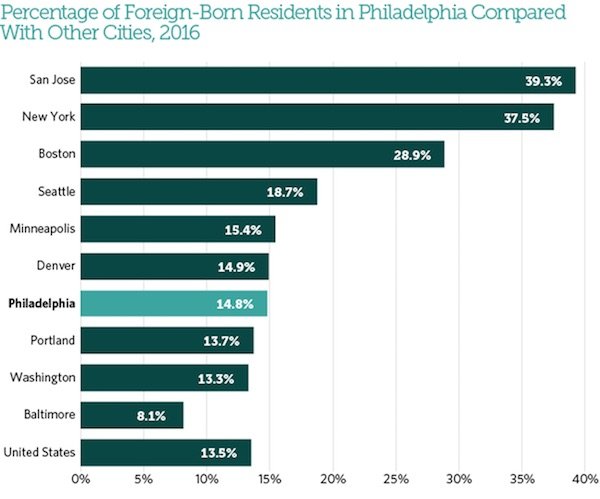 The fastest-growing group of foreign-born Philadelphians came from Africa, and the largest groups hailed from Asia as well as Latin America and Caribbean nations. Europeans made up their lowest share of the immigrant population since data has been kept.

Other key findings from the study include the fact that 3 in 10 adult immigrants hold college degrees, a slightly higher share than U.S.-born residents. The poverty rate among immigrants in Philadelphia was 24 percent in 2016, slightly below the rate for natives. (However, poverty has been growing at a faster rate for immigrant families than for nonimmigrant families.) And despite nearly a quarter of foreign-born residents living in poverty, a Pew survey found that immigrants “were overwhelmingly upbeat about the city’s future and more positive than native Philadelphians about certain aspects of city life.

You can check out the report in its entirety here.