The city is removing a traffic lane each on portions of Market Street and JFK Boulevard as part of a nine-month pilot program to better accommodate bicycle travel. 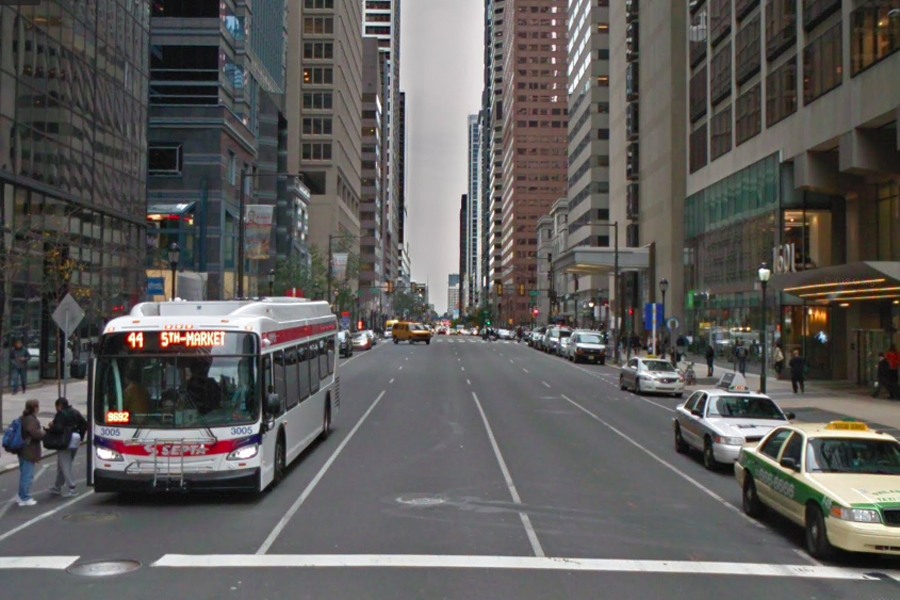 Philadelphia took a major step toward safeguarding bicycle travel on Monday by starting construction on protected bike lanes along Market Street and JFK Boulevard between 15th and 20th streets.

In launching its nine-month Market/JFK Vision Zero pilot, Philly’s Office of Transportation and Infrastructure Systems (OTIS) will reduce travel lanes along the roadways from four to three in order to accommodate a new lane for bikes. In addition, parking will be shifted away from the curb to create a natural buffer between motorists and the bike lane. 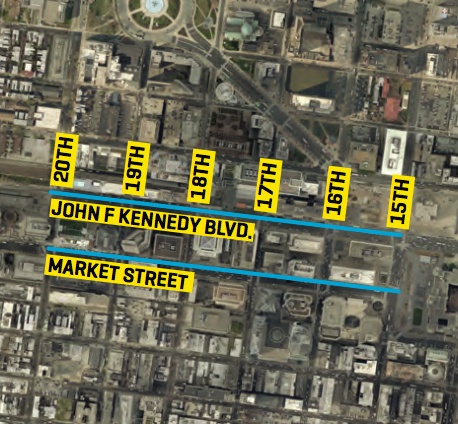 Photo courtesy of the Office of Transportation and Infrastructure Systems.

“You have to understand and learn that this is shared space for everyone,” Mayor Kenney told NBC10. “We need to be safe together, and these bike lanes do help.”

The pilot project, which comes one week after a courier was struck and killed by an SUV on Spring Garden Street, is a key cog in the city’s goal to eliminate traffic deaths by 2030. According to OTIS, 154 people have been injured in 140 crashes on Market Street/JFK Boulevard since 2012. To cut down on avoidable accidents, Kenney has pledged to create 30 miles of new bike lanes in the city over the next four years.