Day of Silence: What It Means for These Philly-Area Students

We spoke with two Shipley students on why they’re choosing to take a vow of silence to highlight the silencing of LGBTQ people in school environments. 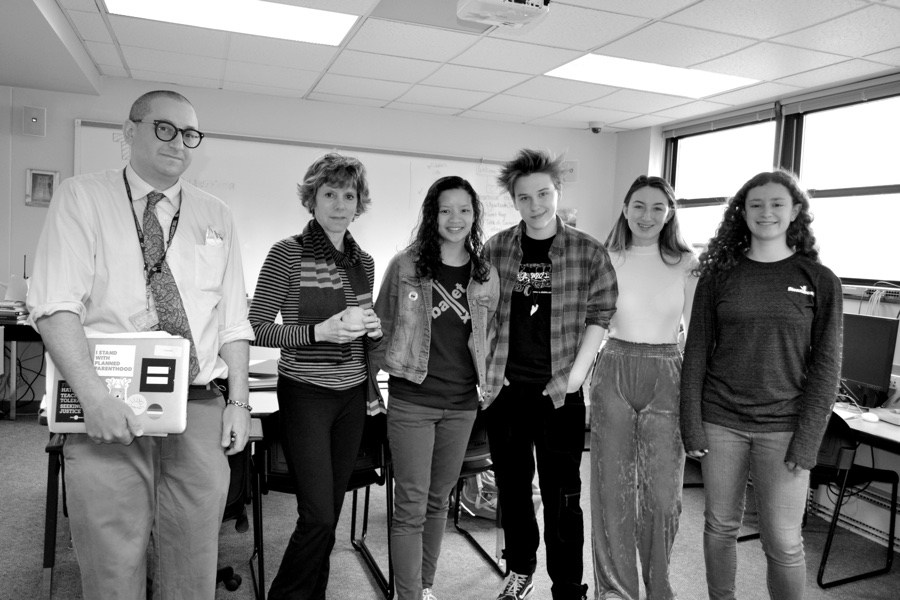 Photo provided by the Shipley School.

The Day of Silence, which takes place on either the third or fourth Friday of April, is a national event in which students take a vow of silence to highlight the silencing and erasure of LGBTQ people at school. Seniors Lydia Chambers and Maia Virgil of the Shipley School share their experiences on being a part of the LGBTQ community and why they are striving to make the lessons learned from the Day of Silence continue beyond just the event.

What does this day mean to you?
Lydia: Day of Silence is an opportunity to show support for people who are “in the closet,” for those who don’t feel like they can speak openly about how they identify and their sexuality, and for those who feel that they are bound by bullying if they were to speak openly about LGBTQ issues. It is a chance to nod to those who aren’t confident in their ability to be out and to show them that we are here to support them. The Day of Silence lets them know that even though they may not feel comfortable speaking with anyone about these issues, that they support them, they are there to listen to them, and they stand with them.

Maia: The Day of Silence is a day that provides an opportunity to have open conversations surrounding LGBTQ issues. While the Day of Silence itself is a day of solidarity, the awareness created by participation in this day opens a dialogue so that words such as “gay” aren’t perceived in a bad way and that people become more comfortable discussing LGBTQ issues and are able to have constructive and educational conversations about them.

Why are you participating?
Lydia: I participate in the Day of Silence because I want others to know that I support them and stand with them in any struggles that they may have in being unable to express themselves. Being part of the LGBTQ community, I understand what it is like to be “in the closet” and to be worried, anxious or afraid of how people will react if someone was to express themselves freely. I take part in this day because it allows me to take a public stance for those who can’t.

Maia: As part of the LGBTQ community here at Shipley I have always felt that there has been a lot of openness surrounding LGBTQ students and the different representations of it. This day allows us to show support for those who do not believe they can speak openly and allows us to educate others and create an awareness surrounding LGBTQ issues. Being able to educate others to create awareness and later open the dialogue is good. So often it is the case that people say they are supportive, but they don’t truly know what they are supporting, and this day allows us to shed light on this.

What are you hoping will be the outcome?
Lydia: I hope that the Day of Silence raises awareness of the Spectrum Group and the LGBTQ community at Shipley and widens our base of support in the Shipley community. A wider base of support will feed into the strength of the Spectrum Group in the future. The larger their base, the more we can do. The goal of Spectrum is to educate others on what it means to be part of the LGBTQ community, educating others on how you can support those who identify as part of this community, and lastly educating others on how to discuss LGBTQ issues, as well as providing them with the tools to have positive conversations surrounding these issues.

Maia: In the past I think that some people thought of it as a game to stay silent for the day, so I hope that this year with Day of Silence they realize the reason behind the silence and why they are participating. I hope that it raises more awareness of the Spectrum Group and for those who identify as LGBTQ on Shipley’s campus so that the group can grow and more initiatives and events can be planned to involve the rest of the community and increase true awareness of LGBTQ issues.