Two youths were booked over the weekend after witnesses reported seeing them with guns on the streets of Wissinoming. 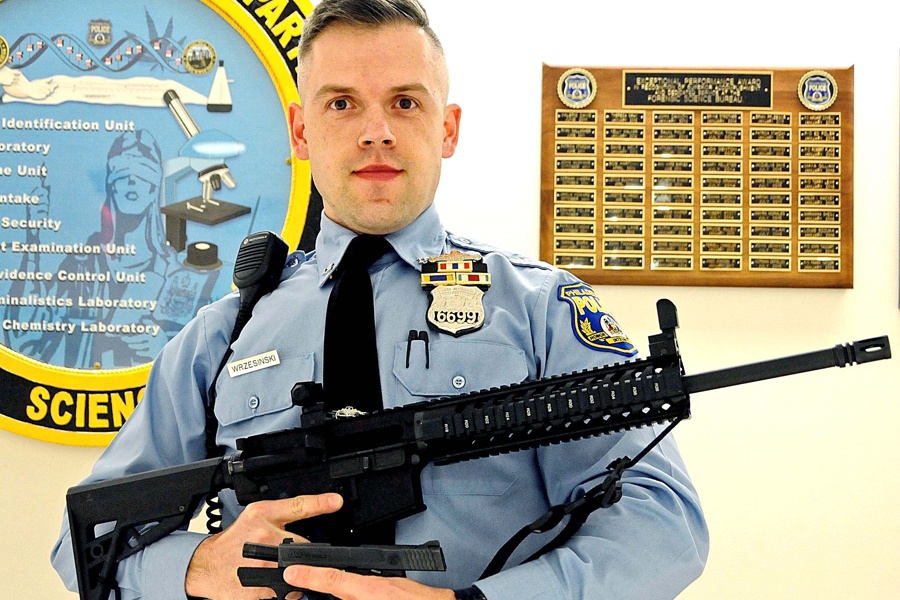 As if we needed another alarming reminder of how easy it can be for guns to fall into the wrong hands, Philadelphia police over the weekend arrested two youths who had been seen walking the streets with firearms – including a 12-year-old boy with an AR-15 assault rifle.

Officer Krzysztof Wrzesinski of the 15th District made the arrests on Saturday around 6:30 p.m. on the 2200 block of Kennedy Street in Wissonoming. Police say a 19-year-old man was observed carrying a Glock handgun, while the 12-year-old was carrying a semiautomatic rifle similar to those used in several recent mass shootings. Police say both guns were loaded. The relationship between the two unidentified suspects is unclear.

PPD shared a photo of Officer Wrzesinski and the guns on Twitter, urging parents to secure their weapons.

No word on what charges, if any, the two are facing. An investigation supervised by Northeast Detectives is ongoing.