Franklin’s Table is an overpriced and elitist replacement for what was one of the last spots where locals could feel welcome on campus. 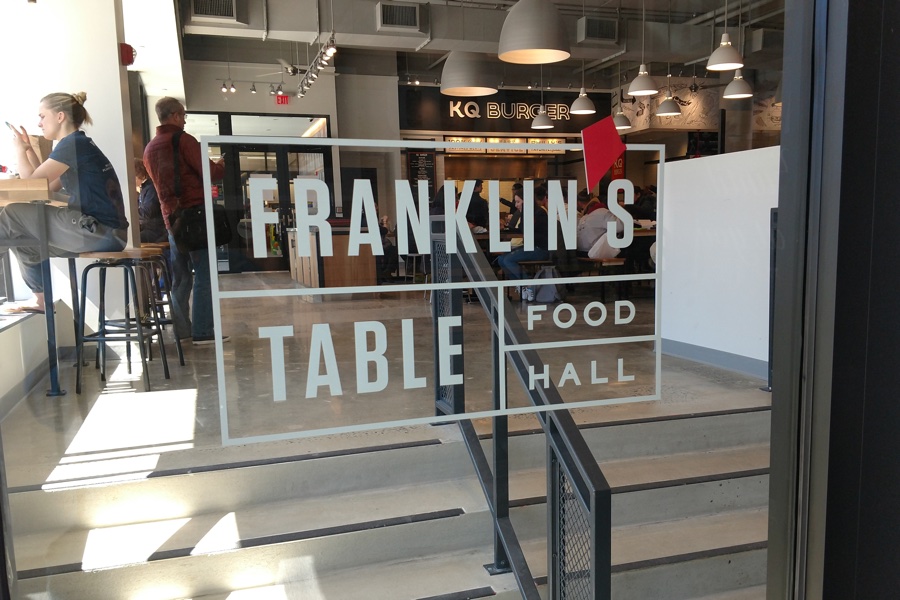 The last place at the heart of Penn’s campus that unashamedly included the neighborhood is gone.

The Moravian Food Court, once a lively social hub at 3401 Walnut Street where students and working-class locals rubbed elbows, has been replaced with Franklin’s Table, Penn’s new upscale dining venture. The 8,000-square-foot food hall, which seats 175 people, boasts outposts from the likes of Michael Solomonov, Double Knot, and Kensington Quarters. I stopped by last weekend for lunch to see what all the fuss was about and was instantly floored: Franklin’s Table, named after Penn’s founding father, looked like it was issuing another Declaration of Independence — one that breaks free of the residents of West Philly for good.

When I graduated from Penn four years ago, the Moravian Food Court was a central spot for residents and broke college kids alike to grab a quick bite outside of campus dining. With $10 in cash, you could get a bang for your buck at the Taco Bell and still have some change left for a $3 double-scoop cone at the ice cream parlor right next to it. I remember the times of stopping at the CVS nearby and then dropping in to eat what I would define as “regular food.” The food court was an escape from the confines of our gated world. 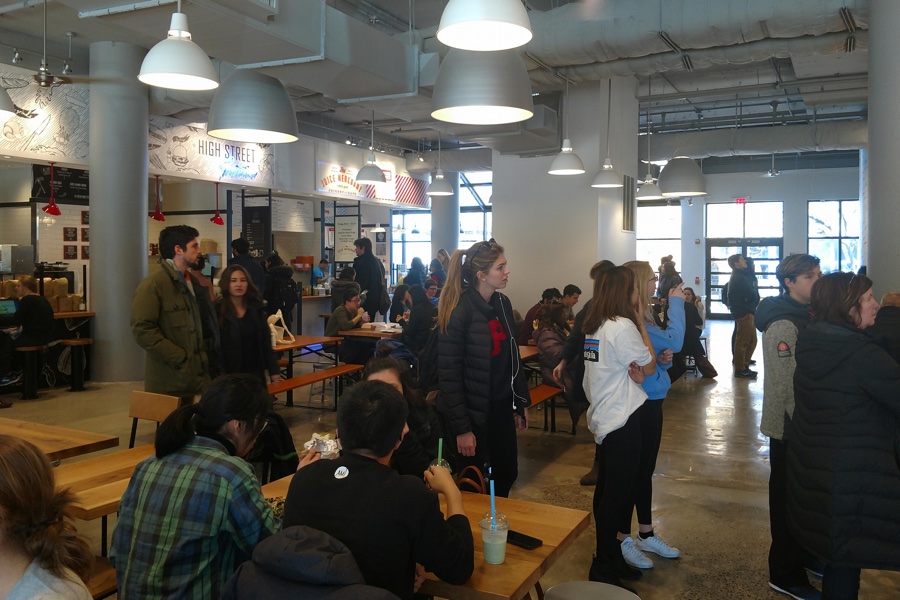 Now, there are mostly not-so-broke college kids and higher-ed professionals chattering on their cell phones as they eagerly wait to spend $7.95 for a 16-ounce smoothie from the Juice Merchant Juicery and Café, drop $9 for a fried chicken sandwich at KQ Burgers, or hand over that whole $10 for just a pint of Little Baby’s ice cream. The food is unapologetically expensive, and local blogs are already advising patrons to budget accordingly. 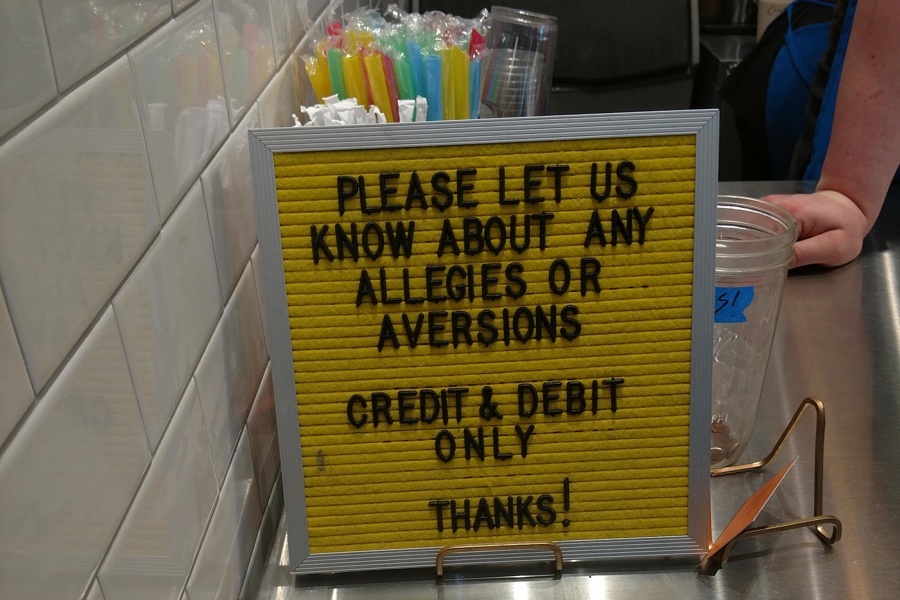 In that moment, I felt that I was participating in blatant gentrification that celebrated itself. As I walked around the venue a few times, I grew even more disillusioned with the concept. For all its lavish upgrades and repackaging, Franklin’s Table didn’t feel as welcoming as its predecessor.

Moravian was one of the few social relics left for residents living in an area that’s been completely gentrified by Penn. Since the 1960s, West Philly residents have been in constant turmoil with the university as it continued to expand its developments westward. Once predominantly Black, West Philly saw a decrease in Black residents of 29 percent from 2000 to 2012 as property costs skyrocketed in the area due in part to development booms and Penn’s incentives for faculty and staff to live nearby. The Federal Reserve Bank of Philadelphia reported that the city overall has lost roughly 20,000 low–cost rental units (defined as rent and utilities under $750) since 2000, with one of the most intensive areas of loss just west of Penn’s campus. Along with residential displacement, the neighborhood has lost a great number of popular local diners, speakeasies, and pitstops that once populated “Black Bottom” — the area we now call University City.

Despite these setbacks, West Philly in all of its scrappiness and optimism was still at Moravian. Throughout the years, I remember passing the grumpy old man at the front who argued with the television screen while the game was on, chatting with the registered nurse on break who was trying to feed her picky children, and chuckling to myself as the squad of teenagers who barged in after school thought they were grownups because they had their own money to eat out.

I made friends with the custodial workers and security guards who would tell me the craziest things that had happened to them that day. It was in this space where everyone felt equal, both locals and Penn students. It was common place for strangers to make conversation with you simply because you were in line with them — not because of what major you studied or job title you held. Manners mattered: A bratty college kid who was noticeably impatient while ordering a Quiznos sub could expect to be graciously checked by an elder. This food court was essentially Philadelphia: a place where your social status shouldn’t mean a damn thing when you’re trying to grab a bite to eat.

But those days are over. If you don’t have a credit or debit card, you essentially can’t take a seat at Franklin’s Table. If you are looking for reasonably priced fast food, you now have to go to a few standalone locations on the western fringes of campus. And the same thing is happening over at Drexel, where its Chestnut Street culinary strip has moved to pricier upscale venues like Cozara, Shake Shack, Zavio, and CO-OP.

When I asked why the Moravian Food Court had to go, one of the merchants at Franklin Table’s told me simply: “Because they had shitty food that Penn kids didn’t want to buy.”

But the food was only part of the reason I went. Moravian wasn’t just about “shitty food,” but preserving a local culture untouched by Ivy League colonizers. That space was a rare snapshot of what the rest of the neighborhood was beyond Penn. A new generation of Penn students, and their West Philly neighbors, will never get the unique opportunity to bond there. There are some things more precious in life than being able to purchase an organic $8 smoothie and world-class sushi, and Moravian Food Court was one of them.