We chat with the social media personality about being an outspoken Black queer disrupter, being repeatedly banned from Facebook, and the return of his podcast “For Colored Boyz.” 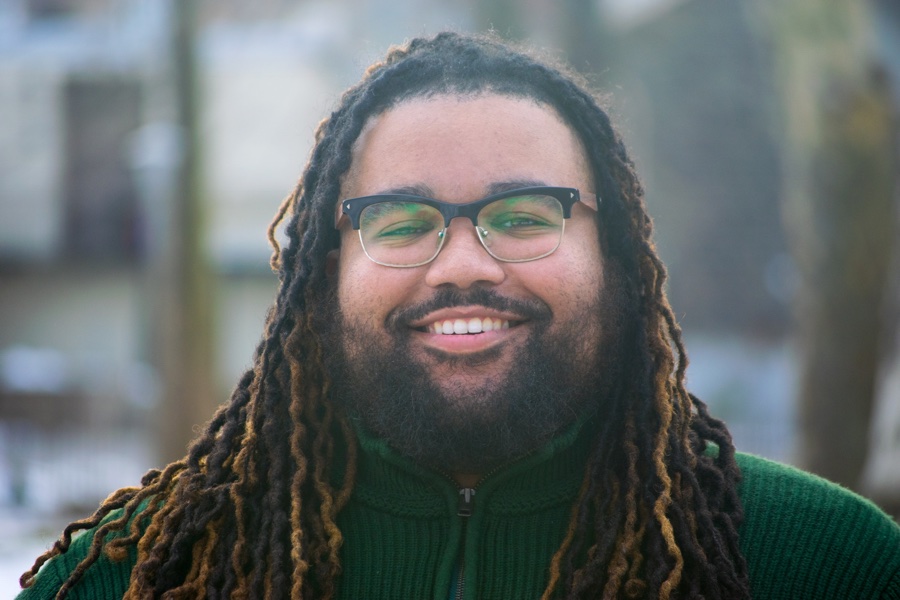 Antoine Miller is a proud Philly native and co-host of the “For Colored Boyz” podcast. We chat with the social media personality about being an outspoken Black queer disrupter, being Facebook banned often, and the return of his popular podcast.

Tell us a little bit about yourself.
I am Philly born and raised. Everybody knows Philly is a city of neighborhoods, so Southwest Philly is where I’m from, although I recently moved to Lansdowne, which is about 10 minutes outside the city. I have worked in healthcare IT for the last 10 years and have volunteered at multiple AIDS service organizations in the Philadelphia metro area for about the same amount of time. I am a proud Masterman alumnus and am currently a student at Jefferson University here in Center City. I hope to graduate one day!

You’re very active on social media, discussing everything from pop culture to issues in Philadelphia’s queer social scene. Do you think social media is doing more harm or good in uniting queer communities?
Until we can truly address all the issues that are plaguing our queer communities we cannot UNITE. Our “Gayborhoods” are microcosms of the world we live in; as a result we have a large number of people within our queer communities that pretend we do not have any issues. Racism, transphobia, misogyny, even homophobia and definitely ableism … all of these things occur within queer communities. Social media has allowed many people to have a place to discuss these issues and platforms to get their message out there. I have had so many conversations with people from all over the world who I would’ve never had the opportunity to speak with if not for social media. Of course, there are cons to using these platforms, but I think overall social media is doing more good than harm. At the least, it’s providing a means to get the word out there.

Facebook has banned your profile countless times. What do you think about that now with the news of Mark Zuckerberg possibly speaking to Congress on the company’s recent troubles?
Have you ever seen that clip from the “The Trisha Show,” where the white supremacist went on there to prove he was 100 percent Aryan, and the DNA test came back saying he was 14 percent sub-Saharan African? If you have not seen that clip, you need to watch it, because my response to this situation is identical to the black woman that was sitting next to him who could not contain her laughter. Black activists have been speaking for years regarding the ways they have been censored on platforms like Facebook, and nothing has really been done about it. As you pointed out, my profile has been blocked multiple times, often in response to pointing out that something someone else has done is wrong. Now more information is coming out regarding what exactly Facebook is able to do with its user data, and I guess some people feel like they have to answer for that. Honestly, I don’t see much happening to Facebook in regards to this, but it’s still funny to me that now that this is affecting more than just this one (large) core group of users there is an issue.

You’re the co-host of the “weekly-ish” podcast For Colored Boyz. What makes this program different from the many pop culture podcasts popping recently?
Probably the way it was created. It evolved from a blog I had about 10 years ago, which evolved into another blog, which evolved into this. I created all of those things not to really have an audience, but as a way to:

A. Archive and catalog my own thoughts and feelings
B. Work through my own prejudices
C. Share those things with a few friends

I didn’t really think “OK, this is going to be a podcast” until the video of the owner of ICandy saying a racial slur came out. During that time I, coincidentally, was banned from Facebook but I still wanted a way to record my thoughts. We still do pop culture and we still do politics, but it is a very Philly podcast. A very gay Philly podcast. Because those are the things on my mind. And that’s why we are weekly-ish. If I have nothing to say, I don’t want to feel like I have to record. If ever it starts feeling like work, I will just stop.

If you only had one piece of advice for those speaking carelessly on social media, what would it be and why?
Well, first I would say that it’s probably OK to be carefree, but not careless. That’s for me anyway. Always think about what it is you are saying, who you are saying it to, and what place of privilege you may be speaking from. I honestly am still learning this myself. I would also say to always remember that impact trumps intent. You are going to say something stupid, we all have. Be open to receiving that and know what a restorative process can look like. I think people should also realize that this is the era of the SCREENSHOT. Everything is forever. When saying something online, make sure you want to actually put that out there. As my friend Louie said “When you post ‘I said what I said,’ baby, you gotta stand by what you said!” Free speech is real, but so are consequences. Don’t be afraid to use your block button. Blocking is self-care. And finally — for obvious reasons — HAVE BACK UP PROFILES!