A forthcoming movie will tell the long snapper's incredible tale, from the tragic murder of his mother to the trade that saved his life. 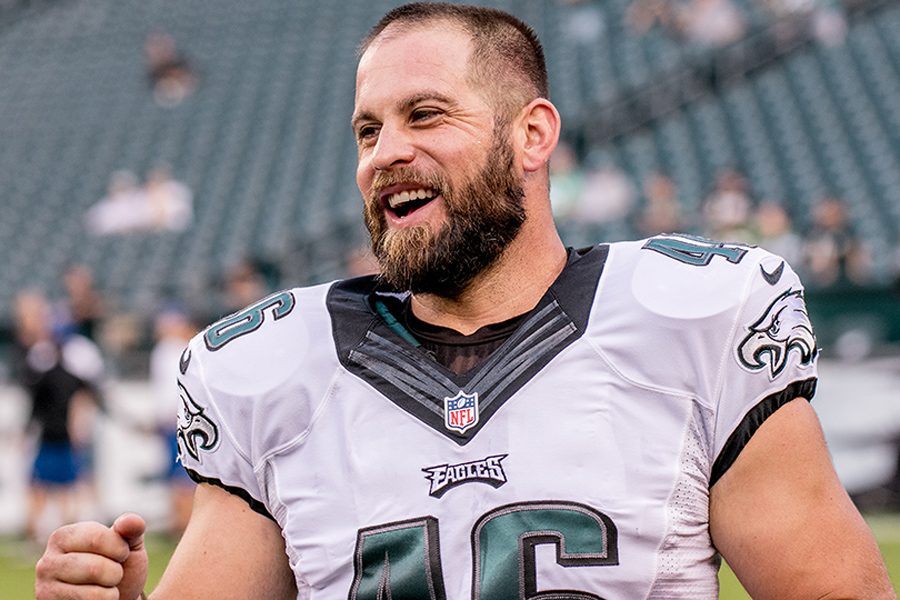 We’ve got Invincible, Silver Linings Playbook, The Garbage Picking Field Goal Kicking Philadelphia Phenomenon (a personal fave), and now “the untitled Jon Dorenbos story” is set to join the canon of films produced about the Philadelphia Eagles. How many movies focus on the New England Patriots, again? That’s right, zero.

With the Eagles having dispatched those cheating Pats in thrilling fashion in Super Bowl LII, Hollywood producer/director and Philly native Mike Tollin (Varsity Blues, Coach Carter, Summer Catch) tells Deadline that he’s fast-tracking a biopic of the former Birds long snapper. If you’re unfamiliar with Dorenbos’ rollercoaster life story, you need to check out this clip from HBO’s Real Sports:

Unconvinced Dorenbos deserves to be immortalized on celluloid? How about his most recent roadblock – discovering that he needed emergency open-heart surgery after being traded from the Eagles to the New Orleans Saints this past fall. The magic-loving UTEP grad says the trade from Philly was initially very tough for him, but it ultimately saved his life.

While Dorenbos remains the leader in most games played in midnight green, he was not a member of the Super Bowl squad. That’s just fine, because owner Jeffrey Lurie has mandated that “The Magic Man” will receive a ring anyways for his contributions to the team. And now he gets to be the subject of a big-budget movie from a major studio, too.

Tollin – who struck up a friendship with Dorenbos over the years – says he’s in the process of hiring a writer to pen the screenplay that he will soon produce. Only one major question now remains: Who gets to play Jon?