This starts now. For real, this time. 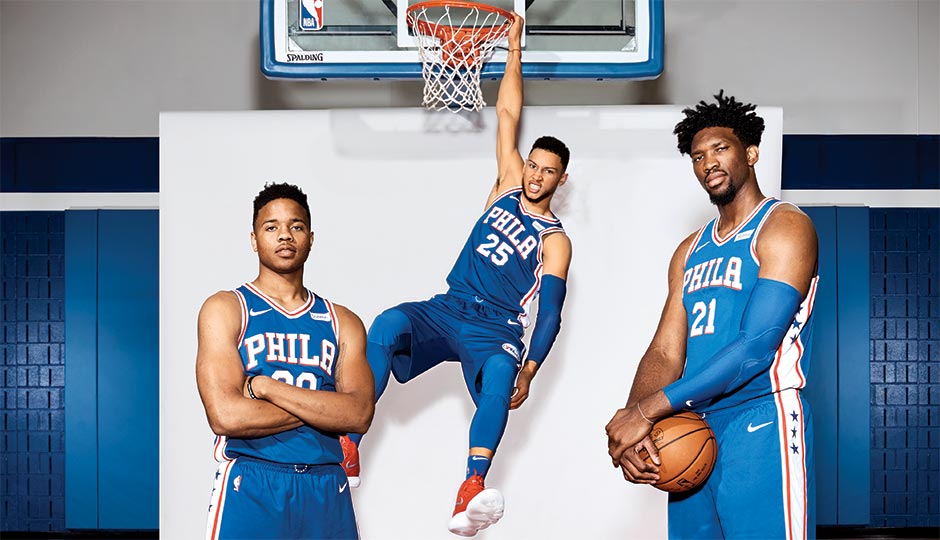 A few years ago, the Sixers marketing team got out ahead of the actual team, which created a bit of a problem for the win-thirsty franchise. As part of a new promotional campaign, the slogan “This starts now” was created and slapped on an image with former Rookie of the Year Michael Carter-Williams on one side, former first-round pick Nerlens Noel on the other side, and everyone’s favorite medical curiosity, Joel Embiid, smack in the middle. This was prior to the 2015-’16 season. Who knew three simple words could cause so much trouble?

Not long after, MCW was traded for a bag of beans — and not even the magic variety. Embiid sat out a second straight season. And Noel — Noel was fine. But fine doesn’t get you much. Put another way: Whatever they thought “this” was going to be, it most certainly did not “start now.”

It’s an amusing hiccup in retrospect, if only because the memory has been replaced with a bright present-day reality. The fan base, still thirsty for wins, has real hope for the first time in a long time. Markelle Fultz was the first overall pick in the most recent draft. He is healthy and good at basketball. Ben Simmons was the first overall pick in the previous draft. He is also healthy and good at basketball. And Joel Embiid is — well, he’s at the very least healthy enough to do Joel Embiid things like get caught on camera running through the city. By the time you read this, he might even be playing basketball — which is why NBA nerds everywhere can’t stop talking about this team. And rightly so. After a frustrating waiting period and that funny false start, this really does start now.

—Former Inquirer sports columnist John Gonzalez is a staff writer for The Ringer. He now lives in LA (which dreams of being as good a basketball town as Philly is).