Visiting this week with the Dodgers, the beloved former Phillie told reporters he prefers Harry Kalas’s nickname for him. 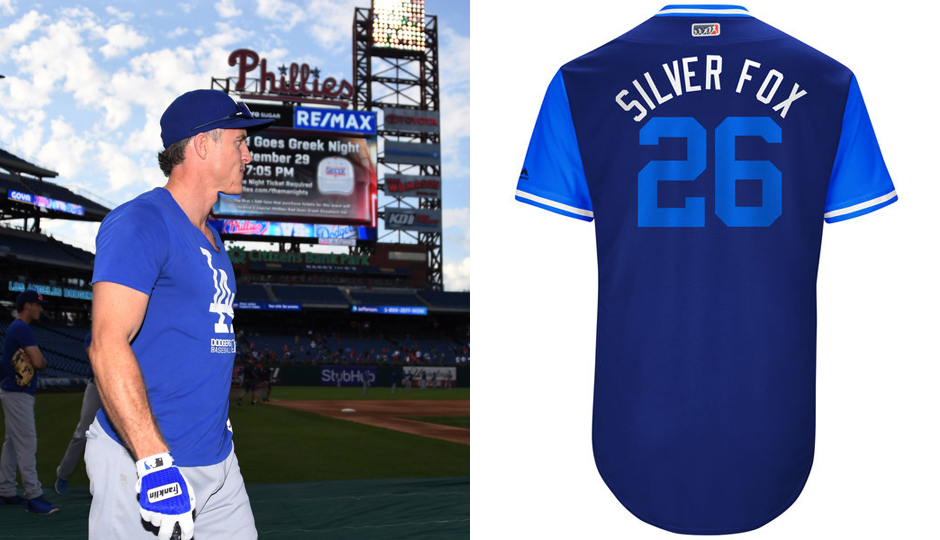 Chase Utley’s ‘do has gone full-on Doc Brown since you last saw him, but the soon-to-be 39-year-old Los Angeles Dodgers second baseman and Phillies legend would prefer it if you could look past this awkward elder metamorphosis and instead see the old Chase.

You know that guy, Philadelphia. The bright-eyed scrapper who famously clubbed a grand slam for his first Major League hit in 2003 – back when that salt-and-pepper mane (heavy on the salt, these days) was a lush brown. Remember the way he flew around the bases at the Vet? What about “World Fucking Champions?” Ok, I’ll stop myself before I start tearing up at the thought of Chase in anything other than red pinstripes…

These days Utley is still manning the infield in L.A., where he fills the crucial role of experienced veteran whom players seek advice from and in turn rip constantly in that “we love you, old guy” sort of way. Keeping with that trope, Chase was gifted the nickname “Silver Fox” by his teammates – but he doesn’t like it.

Utley explained to CSN Philly that he only wore that moniker on the back of his “MLB Players Weekend” jersey last month because he let his locker neighbor fill out the form. (Chase clearly couldn’t have cared any less about the league-mandated promotion). In fact, if you were to call him anything, he’d rather it be “The Man” – which, of course, was coined by Harry Kalas during Utley’s time in Philly.