If we can’t park in the middle of Broad Street, can we truly call ourselves Philadelphians? 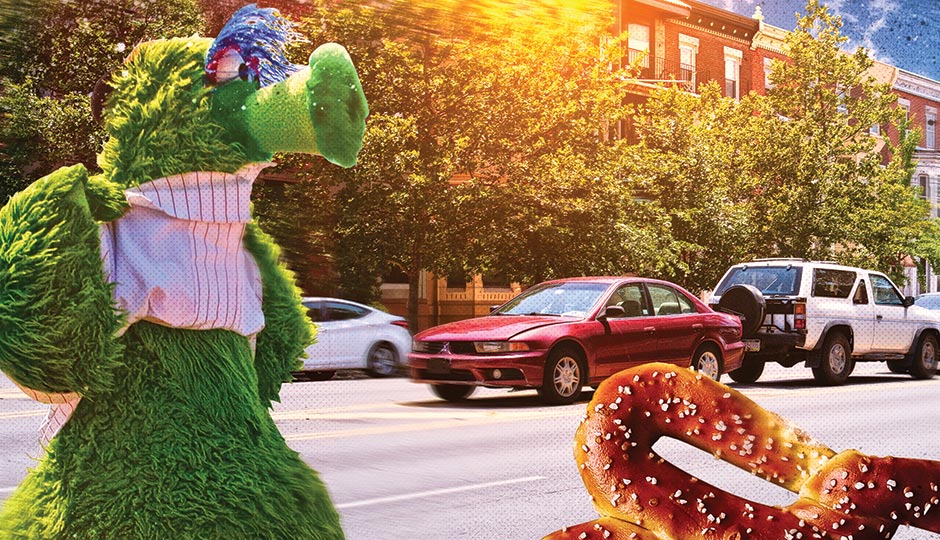 Maybe you heard: “New Philly” tried to pull a fast one on us. While you were busy sipping boat drinks down the Shore this summer, a lawsuit was filed back home by 5th Square, a self-identified “urbanist” political action committee looking to end the wonderfully wacky and deep-rooted local tradition of median parking along South Broad Street. The suit was summarily tossed out of court in September, but that it was filed is significant: The decade-long tug-of-war between crotchety Philly natives and the city’s newcomers has hit a new battleground — Common Pleas Court. What hangs in the balance now that this great bit of civic jostling has made its way out of the court of public opinion? Only our city’s entire cultural identity.

It’s possible I’m being a bit dramatic. Parallel parking in the middle of a busy thoroughfare does not, all on its own, make one a card-carrying Philadelphian. (You must also spill blood on your Eagles jersey, buy a phalanx of rock-hard soft pretzels from a man in salt-encrusted fingerless gloves, and spend at least 30 minutes sweating it out in an idle SEPTA train before officially earning your stripes.) Honestly, I have never even attempted to park along the Broad Street median, and I know plenty of other locals who haven’t, either. It’s certainly not for the faint of heart. But that quirk — so jarring to visitors and, yes, so totally illegal — is also uniquely Philadelphian. What’s next? Sacking the Phillie Phanatic for flashing the crowd?

Answer honestly: Isn’t it more enjoyable to complain about median parking than it would be helpful not to have it? Yet 5th Square took to court its contention that the police and the Philadelphia Parking Authority are shirking a duty to enforce the parking restriction, thus creating “a dangerous condition for those walking, driving or bicycling down Broad Street.” One of 5th Square’s leaders has tossed around statistics that they say show median parking is to blame for all pedestrian deaths on South Broad Street where median parking is tolerated. I posit that this is misleading. 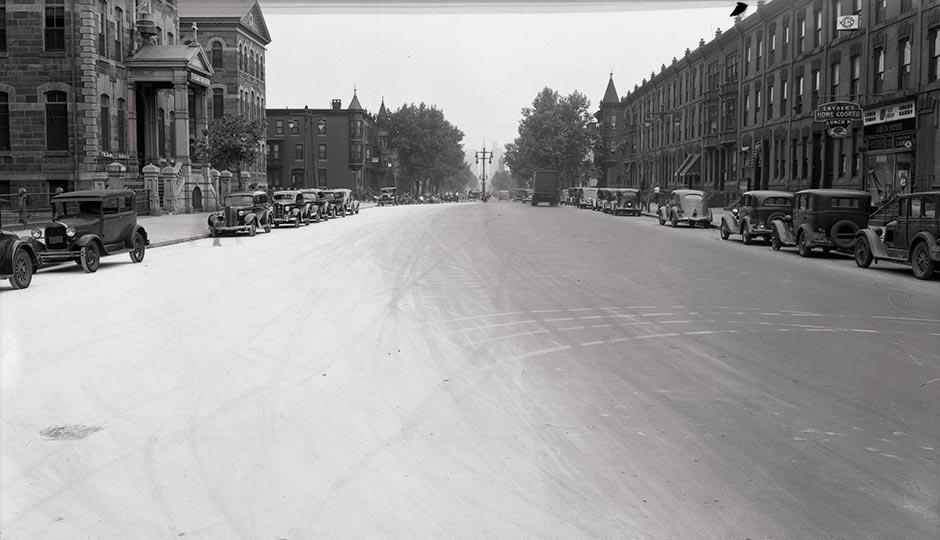 Okay, we didn’t always park on the median, as this 1936 photo shows. Photograph courtesy of William A. Gee/Phillyhistory.org

There were 905 fatalities involving cars in Philadelphia over the past decade, according to PennDOT accident data, and of those deaths, just three occurred along that stretch of South Broad. Three deaths is, of course, three deaths too many. But it’s also not a public safety epidemic. If you want to talk about a dangerous situation, try telling my old South Philly neighbors that losing those 200-odd spaces won’t make finding a spot even harder. The parking situation there is dire — Dante himself would find circling the block looking for a spot in East Passyunk unusually hellish — which makes 5th Square’s suggestion that it’s up to the PPA to “provide adequate parking services for residents” especially rich. The only reasonable solution is to preserve median parking, an idea supported by the 1,100-plus signers of an online petition to legalize the practice.

By my recollection, 5th Square’s lawsuit is the first time “Old Philly” and “New Philly” have grappled in court over a piece of authentic Philadelphia culture. I’m all for progress, but where does this grudge match end? Even Mayor Kenney — who has supported far more controversial progressive causes — knows not to get involved. And who can blame him? Angry citizens pelted Mayor Richardson Dilworth with rocks and bottles when he stumped for parking reform in 1961 — a fact that’s both ugly and true.

Now that the legal barrier has been crossed, there are likely more suits coming, putting our very Philly-ness at stake. Our native language is already becoming a relic. Fewer and fewer Philadelphians order wooder ice in the summer and cheer when our Fly-urs score. If we legislate away median parking, what other Philly idiosyncrasies are next? Who would we even be?

Published as “The Importance of Median Parking” in the October 2017 issue of Philadelphia magazine.