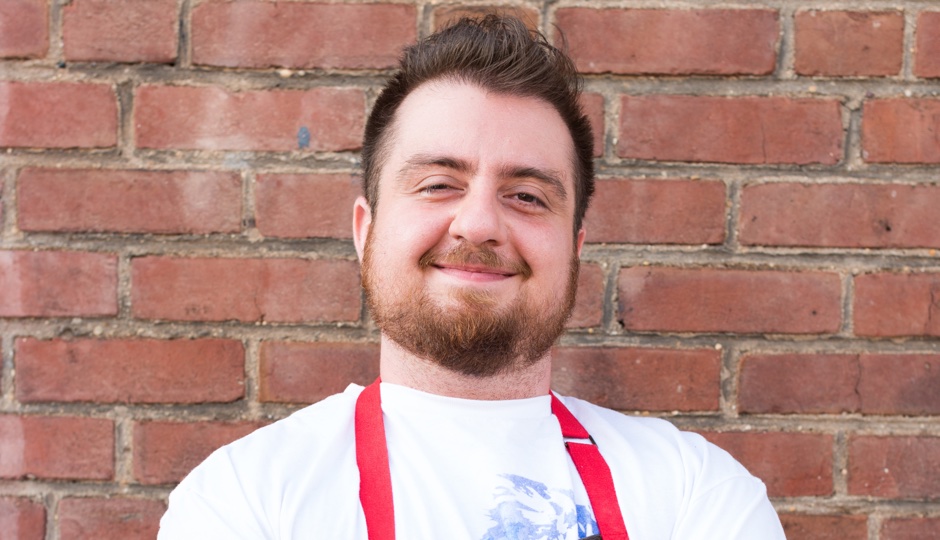 Nima Etemadi is an award-winning pastry chef and co-owner of Cake Life, a new seasonal bakery in Fishtown. We chat with the winner of Food Network’s Cupcake Wars about being a successful transgender business owner, culinary life, and making the service industry more inclusive.

Tell us a little bit about yourself.
I grew up in Vancouver, Canada, in a big Persian family that had very recently and dramatically immigrated to the country. Having that history certainly gave me a bit of an outsider perspective on the North American experience, but it also inspired my love of food. Eating, and especially making, Persian food was a powerful way to connect my generation with our roots, but for me it also sparked a strong interest in North American foodways, which were unfamiliar and exotic to me. When I got a little older, I enrolled in culinary school, which further developed my skillset and exposed me to a wide range of European — primarily French — foods and techniques that have bettered every dish I’ve laid my hands on ever since. After working in a few restaurants and doing some illegal catering, I decided that being a line cook wasn’t for me, so I went to college. That started a very different chapter in my life! There, I met my best friend and current business partner, Lily Fischer, and also realized that I’m trans. That revelation finally gave some understanding of my place in the world, who I was, and who I wanted to be. It explained so much of the awkwardness I felt around gender, sexuality, and self-identity growing up, that it felt like a Rubik’s Cube had been solved. Later, during my transition, I worked as an assistant editor at Aperture, the photography publisher, before ultimately deciding to bail on office life and take on the pastry arts program at the French Culinary Institute (now ICC). After that, it was off to Philly and to form Cake Life Bake Shop with Lily!

What has been your general experience so far in Philly?
The whole time I’ve lived in Philly, I’ve been working on Cake Life in some way or another, so my experience of the city’s pastry scene has really been through that lens. I think the food scene in Philly is really remarkable, but the pastry options in the city haven’t kept pace. It’s starting to catch up, but when I first moved here, if you lived anywhere but South Philly, you didn’t have many bakeries near you. If you were looking for something beyond a cannoli or cupcake, or something especially refined or high quality, your options were even more limited. The pastry landscape of the city has certainly progressed since then, but it’s still developing and it’s exciting to be a part of that!

You have been very proud and vocal as a transgender chef/business owner. How do you feel about the current visibility of LGBTQ leadership in the local service industry?
It’s great to see that there are definitely some prominent LGBTQ community members in the upper echelons of Philly’s food scene, and it’s especially refreshing to see that in many instances, women are leading the charge! Marcie Turney and Valerie Safran, April Nett and Elysa DiMauro, and Crystal Fox come to mind. That said, though, I’m not aware of any other transgender business owners in Philly’s service industry, and I would love to see more emerge. It makes sense that we don’t see more; the trans community is small, economically disadvantaged, largely misunderstood, and widely discriminated against, even by our own government. Because of all that, it can be really hard for transgender and gender-nonconforming people to find role models in most sectors of society, and by extension, to see that there are paths to success for them in those areas, too. That’s why it’s so important to me that as a transgender business leader in a city in which I can feel reasonably safe, that I’m out. Being upfront about my identity and working it into the ethos behind Cake Life only makes me, my business, and my community stronger.

There are frequent reports about transgender employees feeling uncomfortable on the job. How have you incorporated a better working environment for your employees in such a competitive industry?
I’m very open about my identity with our staff, and especially when one of them is transgender or gender-nonconforming, that conversation tends to come up early. It’s important to me that all of our employees know that they have direct access to me or Lily if they have any kind of grievance, especially those who belong to one or more marginalized communities. So far, knock on wood, we haven’t had many issues in this regard, but that doesn’t mean it won’t happen, even in a trans- and woman-owned business. Right now, I’m working on an addition to our employee manual that directly addresses how to respectfully interact with transgender and gender-nonconforming coworkers and customers, which I hope to introduce as a staff-wide training session so that our cis-gendered employees have an opportunity to ask whatever questions they have to better understand the community. I believe that taking pre-emptive actions like these will help transgender employees, as well as customers, from having uncomfortable interactions with our business.

If an LGBTQ couple asked you make them a wedding cake, what would be your go-to flavor/concept and why?
Honestly, I wouldn’t have one! The community is so diverse that I can’t imagine assuming any particular approach because of a couple’s identity. We’ve made cakes for LBGTQ couples and families that range from the most traditional thing you can imagine to a recent rainbow-Dykes on Bikes-themed cake for a toddler’s birthday party! Making the cake a couple is dreaming about is our goal, so their vision is more important than ours.