The subtle change the Swoosh made to our 76ers is a nice retro upgrade. 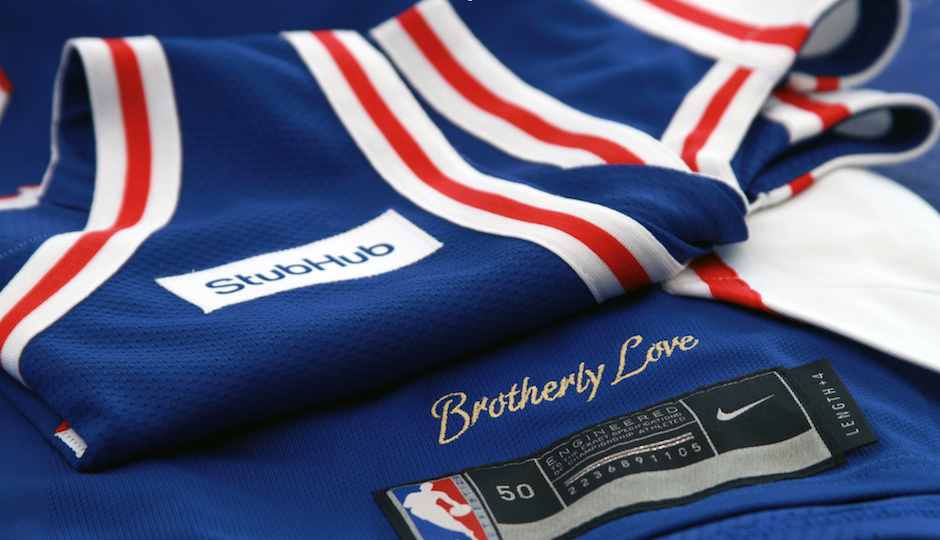 My only criticism of the Sixers’ 2015-2016 “PHILA” uniform change was the same as it was when they ditched the black and moved back to their true blue and red color scheme in 2009: Why is there no outline on the “Sixers” wordmark or numbers?

Don’t get me wrong, I still thought those updates were both rad (the ‘15-‘16 switch more so) despite my nitpicking complaint. But, admittedly I’m very much a stickler for this sort of thing.

With that being said, the NBA’s transition to its new uniform supplier – Nike – has produced a few slight changes in design for teams league-wide, now including our 10-9-8 76ers: 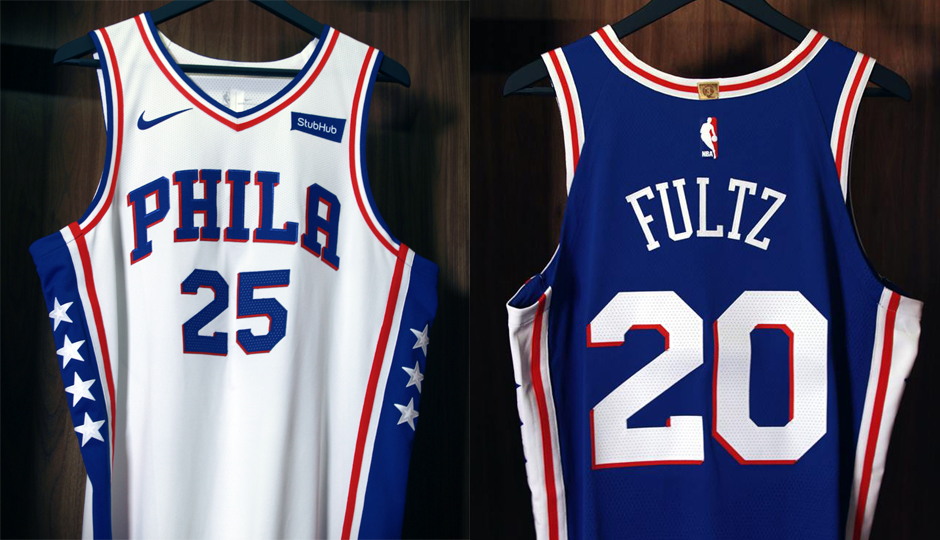 It is with great pleasure I can say to you that drop shadow was FINALLY added to the numbers and team name on the jerseys. This subtle change gives the threads even more of an old school vibe, while also making them pop a little bit more. The last time the Sixers went with this look was during the early ‘90s. It reminds me of the criminally underrated and often forgotten 1970-71 red duds, too.

Also new is the placement of a StubHub patch on the upper left side, signifying the ticketer as the official jersey sponsor. The Sixers were the first team in the big four sports leagues to agree to such a deal, with several other NBA franchises following suit. Let’s just hope this doesn’t get too far out of hand…

To celebrate the release, the team posted an accompanying video of Markelle Fultz talking about his number 20 (recently acquired from The French Touch a.k.a. Timothe Luwawu-Cabarrot) and what it means to the 2017 first overall pick on social media:

“For this to be my first NBA jersey and the first time putting it on, I’m lucky and fortunate enough to wear this across my chest and play for this team,” Fultz said.

The uniforms revealed are just half of what the 76ers will wear on the floor in 2017-2018. Nike is outfitting each team with four jerseys this season, so we’ll just have to wait to see what else the Swoosh has up their sleeve. Here’s hoping the Sixers’ best uniform of all-time makes its return: