Armed with Sharpies, a sneaky electrician known only as “Son of Sam” hid pro-Process messages around the new complex. 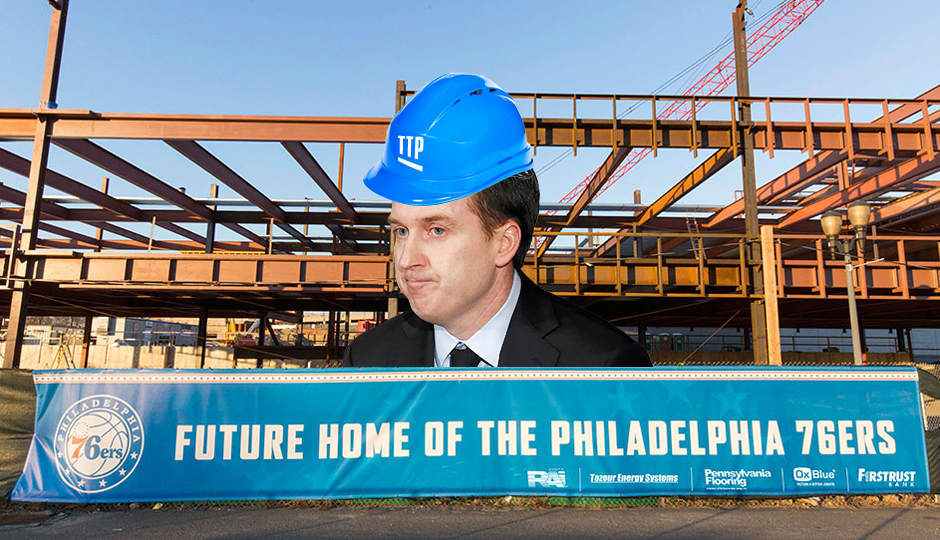 A South Jersey electrician pulled off an Illuminati-level scheme in which he hid nods to former 76ers general manager Sam Hinkie in light fixtures and other nooks and crannies of the team’s new Camden training facility, The Ringer’s John Gonzalez reports.

The unidentified laborer – fittingly known only as “Son of Sam” – used a Sharpie to write messages like “Trust the Process” and “Hinkie Died for This” on the inside of outlet covers, circuit boxes and light switches that now adorn the spacious new complex on the waterfront.

“I want Joel Embiid to know what I did,” the 37-year-old Sixers fan told Gonzalez. “But I’m also pitted between Joel Embiid and my job. Not like it’s illegal what I did. You can’t even see it.”

The idea all started when our mischievous, Process-trusting hero was working on the facility’s aquatics room one day during construction last year. “There was drywall up all over,” Son of Sam recalled to The Ringer. “I realized there were lots of hiding places if someone wanted to hide shit. I wanted to hide shit.”

Working mostly unsupervised, Son of Sam’s “shit” was easily hidden in plain sight, including inside the owner’s lounge and current GM Bryan Colangelo’s office. It’s going to be one big scavenger hunt when ownership tries to remove all of the Hinkie graffiti – the Sixers are the proud owners of the largest training complex in the NBA.

Son of Sam reminds me of that construction worker who tried to bury a Red Sox jersey at the site of new Yankee Stadium to curse the Bronx Bombers. You have got to respect the dedication of sports fans, willingly risking their careers for a greater cause.