Nails didn’t like our critique of his rambling college commencement speech, so he stepped up to the plate again – as promised. 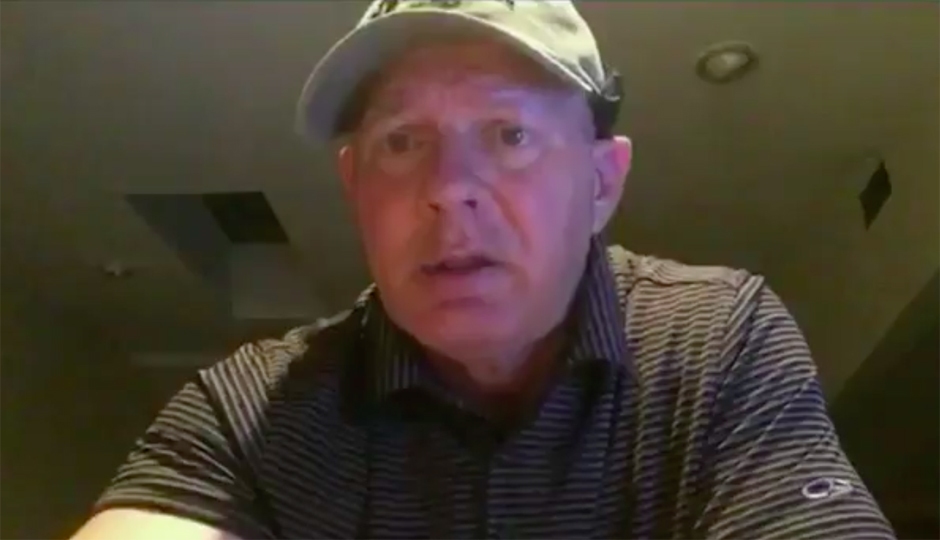 Turns out Lenny Dykstra didn’t like what we had to say on Wednesday about the former Phillie’s bizarre social media commencement speech that nobody asked for. After striking out with college grads, Nails – always a good sport – promised that he would step back up to the plate and swing again:

May have a different one soon for high school grads, depending if my fans want it enough. Will certainly be happy to keep you in the loop.

Well, the Dude came through, believe it or not. Who would’ve thought that 2017 Lenny Dykstra would actually stick to his guns?

You know what? I gotta admit this is a much better second effort from Lenny. He made a few good points, but this is still Nails we’re talking about here.

“If you haven’t or don’t know what you want to do, then you’re obviously in a position where you should not go to college.”

What an opening salvo from Lenny. Can’t say this is a point we agree with given how many students enter college as “Undecided” majors and end up with degrees. College is a time for testing the waters. Find a couple things you might like to do before zeroing in on it.

This is just classic Nails.

“The system has taken advantage of young people who don’t know what to do – they don’t have goals, they don’t have dreams. They just go to college because they think they have to.”

Actually this is Lenny’s best point. There are WAY too many colleges handing out worthless degrees while sinking these students into debt when they really should’ve just stuck with a trade job or any other noble work that doesn’t require a college diploma.

“College is a great vehicle if you’re a doctor or a lawyer or… So if you use it the right way college is obviously something very, very… enormously helpful for you and your career.”

Here’s where Nails brings it all back full-circle with an attempt at a good message. Still a little rambling, but that’s to be expected when going off the cuff. Nice effort nonetheless. Maybe Lenny has more brains than people give him credit for. He did get a full ride to Arizona State, after all. (Totally wasn’t for baseball).

So what’s next for Dykstra? Does he follow up this address with one for kindergartners making the jump to first grade?

I’ve got a better idea: Why doesn’t Lenny go to college with this incoming class that he just addressed? I’m sure ASU would still honor that nearly 40-year-old scholarship. It’s never too late to go back to school!