No school asked the former Phillie to give a commencement address this year, so Nails recorded his own and posted it on Twitter. 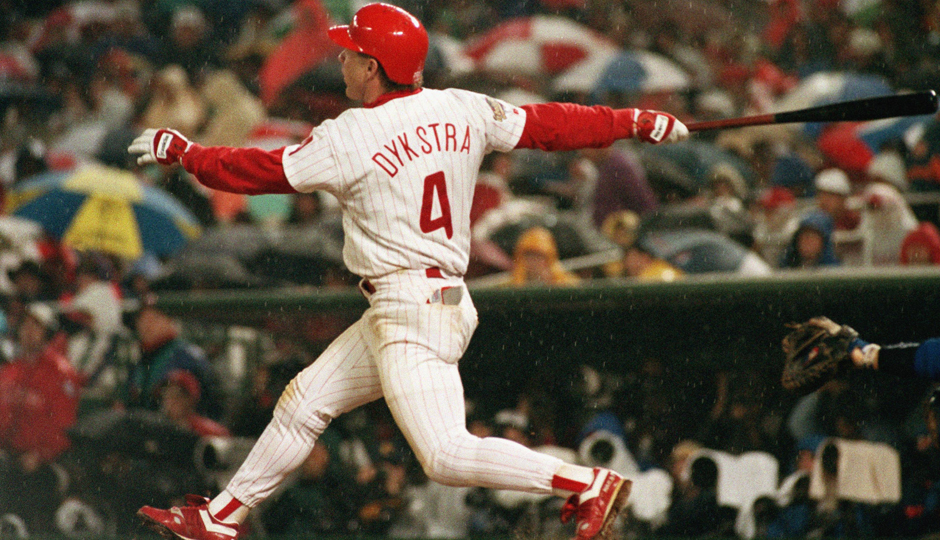 Former Phillies centerfielder Lenny Dykstra fancies himself an erudite man. Don’t ask us how, but somewhere along the way Nails got the impression that people actually want to hear advice from a washed-up ballplayer who later served time in federal prison after pleading guilty to bankruptcy fraud and money-laundering.

He’s also a racist and a misogynist, but that’s another story.

Now just a sad shell of himself, the Dude returned to the public eye last year with the release of his autobiography, House of Nails: A Memoir of Life on the Edge. As part of the promotion for that celebrated work of literature, Dykstra joined Twitter – and also told Howard Stern that he’s now moonlighting as an L.A. gigolo.

Lenny’s Twitter page has been a torrent of activity ever since. From odd videos about coming out of retirement to play for the Mets (apparently the team he most identifies himself with) to Guy Fieri stories to his “big swinging dick,” Dykstra on Twitter has been … well, something.

Feeling in an apparently giving mood, Nails took to Twitter on Tuesday night to address recent college graduates after no schools asked him to be their commencement speaker in 2017.

“I congratulate you and commend you for all the hard work that you have put in, but it’s just beginning,” Dykstra opens.

Not a bad start for Lenny! Surely he has the momentum to continue his speech without screwing up, right?

“I played baseball at the highest level and the reason I was able to do that was because I worked my ass off.” (You know what I hear goes great with hard work? Steroids).

From there Dykstra unravels, slurring his words and referring to himself as Nails numerous times. Was that a Rihanna reference Lenny slipped in there at the end?

Man, this guy is just sad all around. If you had asked me in the mid-’90s who I would want to give my college commencement address, I likely would’ve said Lenny Dykstra. Today? I still would say Lenny Dykstra, just because some men want to watch the world burn.