Sixers to Host Official NBA Draft Party at the Piazza

The festivities include a live DJ, an appearance by World B. Free and food/drink specials. 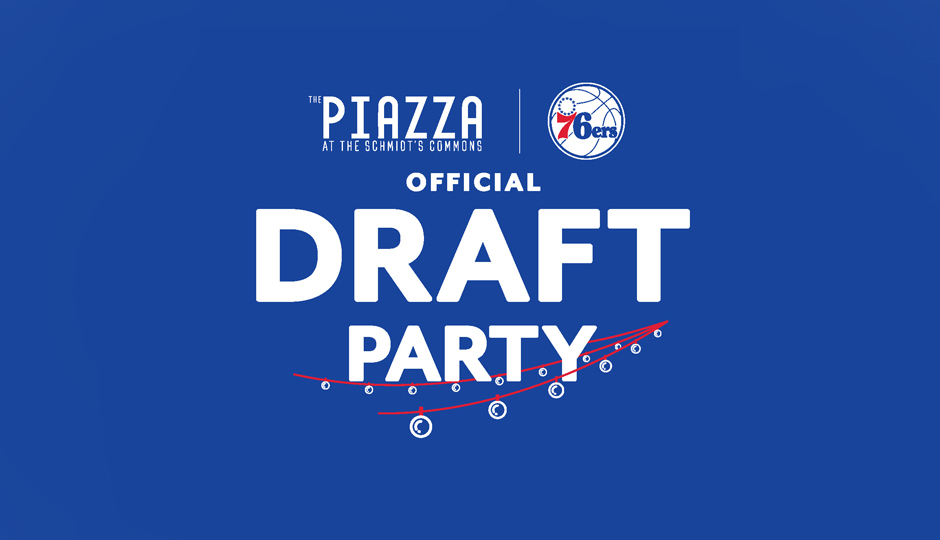 The Sixers’ official NBA Draft party will be held at the Piazza at Schmidt’s Commons in Northern Liberties on June 22.

“The Piazza at Schmidt’s Commons is thrilled and proud to host the 2017 Official Draft Party of the Philadelphia 76ers,” Schmidt’s Commons Property Manager Sean Gavin said in a release. “We’re ready to roll out the red carpet for one of our favorite hometown teams and all the fans in Northern Liberties and beyond.”

The draft will be broadcast live on the Piazza’s 400-square-foot HD LED screen for the first 3,000 fans to RSVP for tickets. The festivities include a live DJ and appearances by World B. Free and other Sixers alumni along with food and drink specials.

The event also will feature a “Sport Court area” for various contests, trivia to win Sixers-themed prizes, a silent auction, face painters, balloon artists and more. You can register for tickets here.

“We’re excited to support the Piazza at Schmidt’s Commons with the Official Draft Party of the Philadelphia 76ers,” Chris Heck, the Sixers’ chief sales and marketing officer, said in a release. “Our fans in Philadelphia have tremendous pride and passion for this team, and we’re looking forward to an incredible atmosphere in Northern Liberties on Draft Night.”

Last year’s party at Eakins Oval looked pretty raucous, although it’s worth noting that the team did have the top choice in that draft. 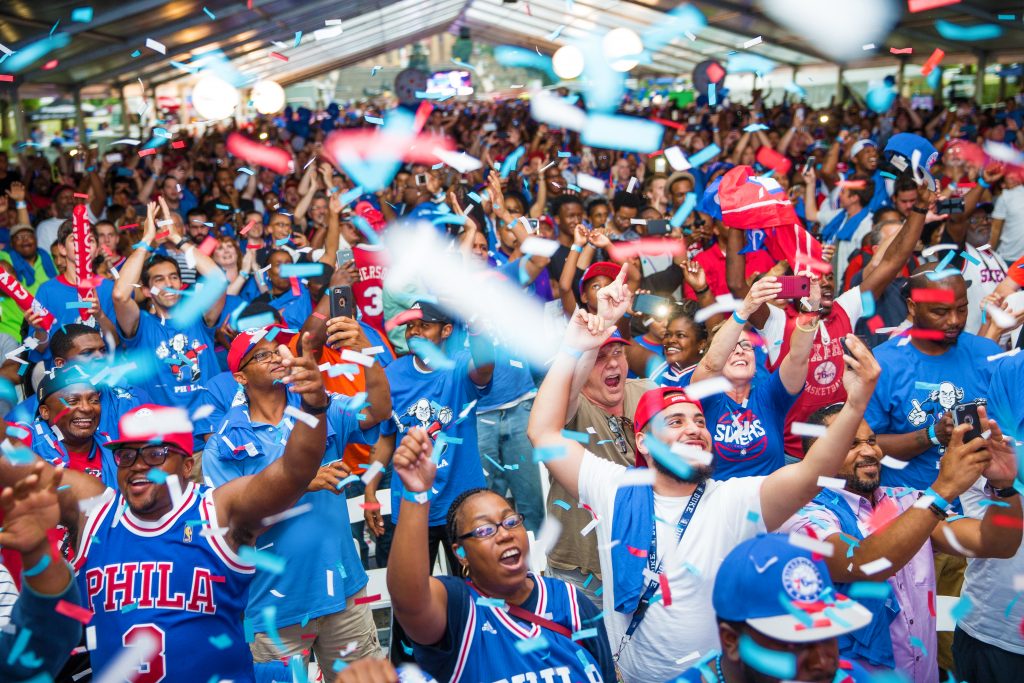 We’re curious to see how fans turn up for this year’s party with the Sixers holding the third selection yet again. Will the same excitement be there?