Mary Lee was pinged in waters less than seven miles from the Jersey Shore gambling mecca on Wednesday morning. 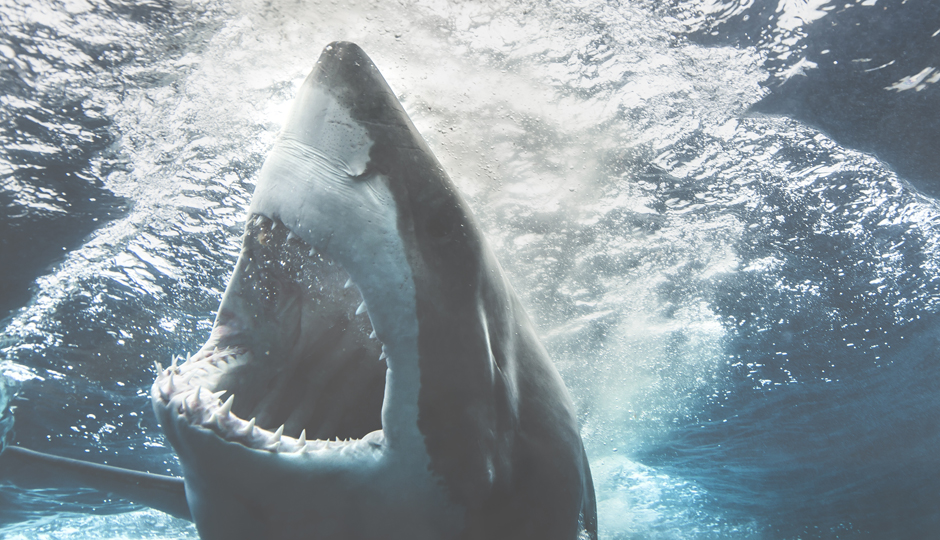 After spending time near Cape May and Delaware’s Rehoboth Beach over the Memorial Day Weekend holiday, Mary Lee is back in New Jersey and this time she brought casino chips with her.

Everybody’s favorite shark was pinged in waters less than seven miles off the coast of Atlantic City earlier this morning, according to the social media-savvy great white’s hilarious Twitter account.

Good morning, @AtlanticCityNow. Come out to the boardwalk and we'll have coffee. -;() @OCEARCH @ACPressSkeldon pic.twitter.com/rXFK1POju9

Wasn’t that kind of Mary Lee to offer to grab coffee with her many fans? Judging by the overwhelming support we’ve seen for the 16-foot, 3,500-pound sea terror, we’re surprised that no curious divers took her up on her offer. Come on, how unsafe could a shark cage be?

There was at least one group of locals that weren’t too thrilled to hear about Mary Lee’s return to her favorite summer destination:

As if watching for rip currents wasn't enough. https://t.co/Lt0iLou2U4

It appeared for a moment that the firefighters could rest easy as Mary Lee headed further out to sea, but unfortunately for them she got a little tipsy at the tables and left something behind:

Oops, I think I left my wallet in @CaesarsAC – have you seen it? It's made of real sealskin. -;() @VisitAC @OCEARCH pic.twitter.com/bOoNCu7UxO

Mary Lee was tagged by OSEARCH, a nonprofit that specializes in researching great whites, off the coast of Cape Cod, Massachusetts in 2012. She was first pinged off the southern New Jersey coast in May 2015, where she returned later that fall and again in 2016 before her most recent visit.