JoePa's son has sparred with PSU's board of trustees in the past, and now he's joining them. What changed? 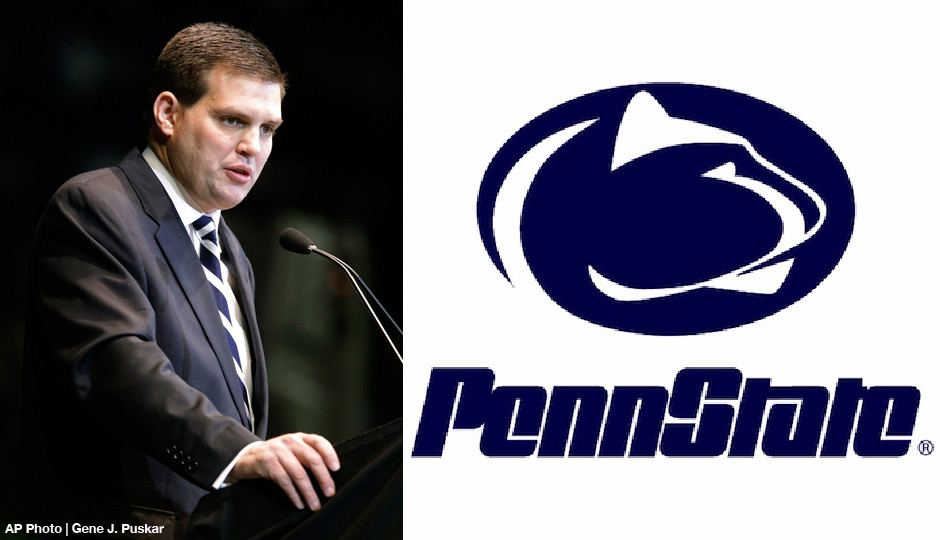 A Paterno is back in a position of power at Penn onotate after Joe’s son, Jay, was recently elected to fill one of three vacant positions on the university’s Board of Trustees – the same group that fired his father in 2011 for his role in the Jerry Sandusky child abuse coverup.

In the years since, bad blood developed between the board and the Paterno family – for whom Jay serves as de facto spokesman – because of the family’s serial denial of JoePa’s culpability, although many of the trustees responsible for relieving the controversial football coach of his duties are no longer board members today.

Jay Paterno included a rant about the Penn State board in his 2014 book, Paterno Legacy: Enduring Lessons From the Life and Death of my Father, in which he characterizes his disappointment with his late father’s dismissal:

“After 60 years of university leadership, they didn’t even try to get in a room with him to talk about how they could all work together to move forward to do what was best for Penn State,” Paterno wrote of the situation. “I resented the fact that they had so little respect for Joe’s perspective. I resented that they didn’t even involve him in helping this school navigate the future. Above all, I resented the lack of respect for what he had done for this school.”

Sorry, Jay, but your father rightfully lost that courtesy from the university when he failed to ensure that his longtime defensive coordinator was properly adjudicated. Sure, he might’ve run some complaints up the ladder, but did he bother to follow through, or was he content allowing the status quo to remain? And “complaints” is putting it extremely lightly — we’re talking about allegations of sexually assaulting children here. That’s not something you tell another person and let lie if you have even one ounce of character.

Despite his past spats with the board, Paterno insists that he can work with fellow trustees on important issues facing the Penn State community. He told ESPN on Friday that he wanted to “be a part of the solution from the inside out.”

What solution are we talking about here, Jay? Restoring your father’s legacy atop Mount Nittany as somebody who could do no wrong? Give up now, because that ain’t happening, my friend.

Paterno even alluded to the public’s potential misgivings regarding his election as a PSU trustee in a statement he posted to Twitter:

Statement on the Trustee Election: pic.twitter.com/mhwBPp1cwv

We totally believed you, Jay, until you tweeted this cryptic message on Monday that we’re sure is in no way representative of any ulterior motives:

Quote of the week: If the camel once gets his nose inside the tent, his body will soon follow. –Arabian Proverb

The issue with the Paternos and JoePa truthers is that they fail to distinguish any difference between the family and the school itself. Penn State was established as a university 95 years before Joe Paterno first stepped foot on its campus in 1950. But Jay Paterno would rather you think that there wasn’t a Penn State before his dad became head football coach in 1966.

Maribeth Roman Schmidt, executive director of Penn Staters for Responsible Stewardship, told Philly.com that the results of the board of trustees election “reflect the continued, unwavering resolve of alumni to set the Sandusky record straight.”

Well, allow us to set the record straight about this board of trustees election – the man who received the most votes is an ex-football coach with exactly zero experience as an educator who likely won on name recognition alone. If Penn State truly wanted to set the Sandusky record straight, they’d cut all ties with the Paterno family forever and ensure that JoePa’s statue never sees the light of day again.