This Organization Is Implanting Chips in Its Employees … and They Love It!

Our privacy is a myth. We relinquished it all years ago. 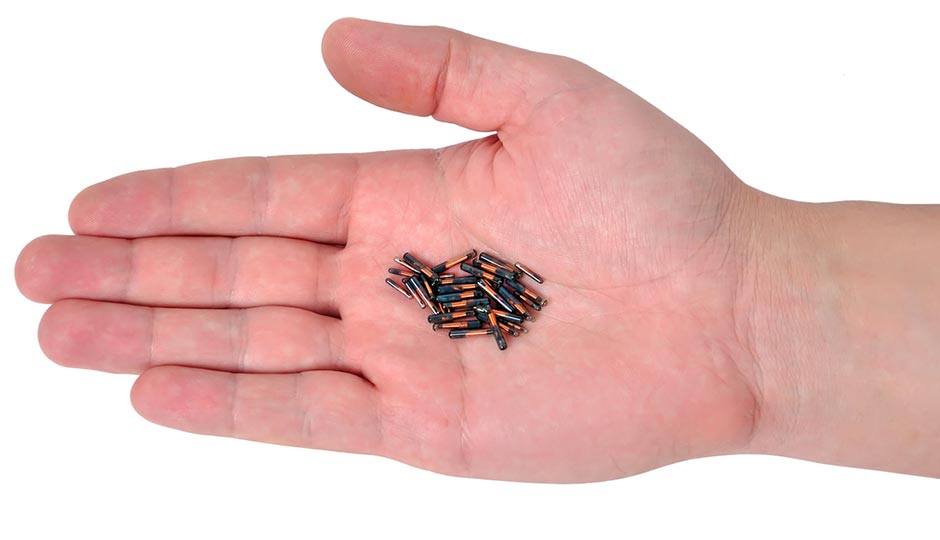 Imagine if your employer wanted to implant you with a microchip. What would you say? According to a CNBC report, workers at Epicenter, a Swedish startup hub that’s home to more than 100 companies and 2,000 workers, are saying “Yes, please!”

Epicenter employees are being given the option to have the implant, which is the size of a grain of rice, placed between the thumb and forefinger on one of their hands. It’s reportedly a painless and bloodless procedure.

Now, this is not necessarily a new thing — chips like this are already being used to track pets and deliveries. It’s just the first time humans are getting involved. The program started back in 2015, and since then 150 workers have opted for the chip. It’s become so popular that the organization now holds monthly parties for those getting their free implant. Instead of “Chug! Chug! Chug!,” the partygoers are yelling “Chip! Chip! Chip!” (OK, I made that part up).

“People ask me ‘Are you chipped?’ and I say ‘Yes, why not?’” one employee said in the CNBC report. “I like to try new things and just see it as more of an enabler and what that would bring into the future.” Another employee agreed: “I want to be part of the future,” she said.

Remind me to cancel those vacation plans to Sweden this summer. Yes, I’m freaking out. Aren’t you? You’re wondering why would anyone do this? Your concerns are reasonable, of course. The employers at Epicenter are using the chips to track their employees’ activities. They can collect data and monitor when an employee arrives and leaves for work, and when they’re at their desks or in the bathroom. Isn’t that nice?

It all seems super-invasive. But let’s open our minds. Let’s get past the enormous privacy, big brother, and loss-of-our-ability-to-lead-independent-lives issues for a moment, OK?

There are some huge benefits to be realized. The chips give Epicenter employees immediate access through security and allow them, with a wave of their hand, to unlock doors, turn on and communicate with office devices, and even quickly pay at the company cafeteria. The potential for the rest of us is the elimination of wallets, credit cards, drivers licenses, keys, and all the other nonsense we carry around with us. The chips could also be used to monitor our health instead of those silly Fitbits. Future chips could have many other uses, such as delivering medication, helping parents keep track of their kids, and warning us when we’ve binge-watched too many episodes of The Man In The High Castle, a great show about a totalitarian society and … oh.

“Of course, putting things into your body is quite a big step to do, and it was even for me at first,” said the co-founder and CEO of Epicenter. “But then on the other hand, I mean, people have been implanting things into their body, like pacemakers and stuff to control your heart. That’s a way, way more serious thing than having a small chip that can actually communicate with devices.”

Let’s face it — if you think you have any privacy at all, you’re sadly mistaken. Just watch a couple of episodes of Mr. Robot and you’ll be convinced how naïve you’ve been. Your most personal information is being stored in “the cloud” and can be hacked by just about anyone with a computer-science degree and a Ukrainian accent. Your activities are being tracked by GPS devices and unseen satellites. Your purchasing behavior is common knowledge to the entire retail industry. Your TV watching is boring the executives at Netflix. And although I can’t prove it, I’m pretty sure that snoop Alexa is listening to every damned thing I’m saying. Our privacy is a myth. We relinquished it all years ago.

So, we can fight it or embrace it. I’m embracing it. Go ahead, implant a chip in me. Monitor what I’m doing. Track my activities. Control my movements. If that means I can get out of Starbucks a few minutes quicker, then I’m all for it.