What’s Behind the DOJ’s Abdication on Checking Police Abuse

Clay: Don’t be surprised if you see Army surplus tanks at the next BLM protest. 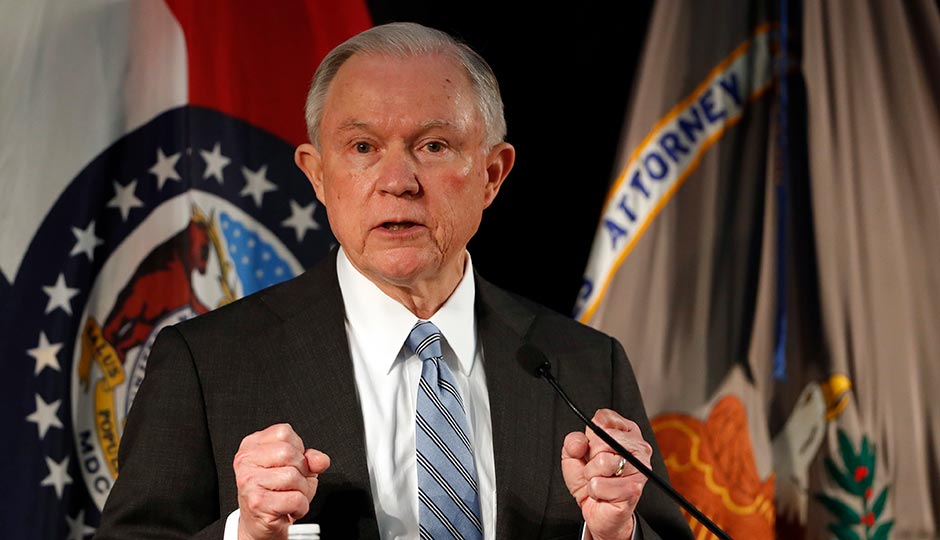 On Wednesday, a judge in Baltimore denied a Department of Justice request to delay a public hearing designed to let city residents share their views of a consent decree that was brokered between the Baltimore Police Department and former Attorney General Loretta Lynch.

The decree, which mandated sweeping reforms designed to curb a range of civil-rights abuses by the police, was negotiated after the April 2015 death of 25-year-old Freddie Gray, a Black man who died in police custody.

To her credit, Baltimore mayor Catherine Pugh has said she’ll go forward with the reforms despite the pass the Justice Department wants to give her. But because the Police Brutality Batphone has been ripped out of the wall of the Department of Justice in Washington, it’s probably not the last time that the agency will go to court to prop up the Thin Blue Wall.

This past Monday, Attorney General Jefferson Beauregard Sessions — I think that using his full name gives you the full flavor of his intentions — announced a “review” of consent decrees in 14 cities, including Chicago, where Laquan McDonald was killed; Ferguson, Missouri, where Michael Brown was killed; and Cleveland, where Tamir Rice was killed. (For those of you playing at home, “review” has meant “do away with,” “decimate,” or “dismantle” in the Trump Administration. Take that any way you want.)

In a memo to DOJ employees, Sessions took the Chico and the Man approach to police reform: “It is not the responsibility of the federal government to manage non-federal law enforcement agencies,” he said.

While there’s any number of reasons why this could be happening, the one I’m putting my money on is the endorsement Donald Trump received from the Fraternal Order of Police. FOPs across the country were less than impressed with the Obama Justice Department for curtailing their baser impulses. Add this to the opinion shared by Trump and police unions that police-reform groups like Black Lives Matter are the bad guys, and this is what you get. So don’t be surprised if you see Army surplus tanks at the next BLM protest.

Besides, in politics, you’ve gotta dance with the one that brung ya, right?

As for the consent decrees themselves, the DOJ is trying to get out of all of them and has let us know, through the Trump administration’s “skinny” budget, that we shouldn’t expect any new ones.

Meals on Wheels, the Corporation for Public Broadcasting and just about anything that benefits people aren’t the only things on the chopping block — the DOJ’s Civil Rights Division is looking at a $5.8 million cut as well.

It’s that last cut that has brought three men — William Smith, Willie Huntley Jr., and Jesse Seroyer — to mind. Smith, Huntley, and Seroyer were the three Black men who were brought in to testify on Sessions’s behalf at his Senate confirmation hearings.

I watched their testimony with particular interest because they were supposed to counteract the “Sessions is an unrepentant racist” narrative.

While Philadelphia has been lucky in this regard of late because we have a fairly progressive police commissioner in Richard Ross to keep things from getting ridiculous, the fact that there are 14 cities with DOJ consent decrees would indicate that not everyone is.

I’d like to ask these men what they think about their friend’s total disregard for the lives of the people who find themselves on the wrong end of police abuse.

I’d also like to ask them if they’ve ever asked Sessions if their Black lives would matter if they weren’t his friends.