Whatever happened to innocent until proven guilty, Mr. Mayor? 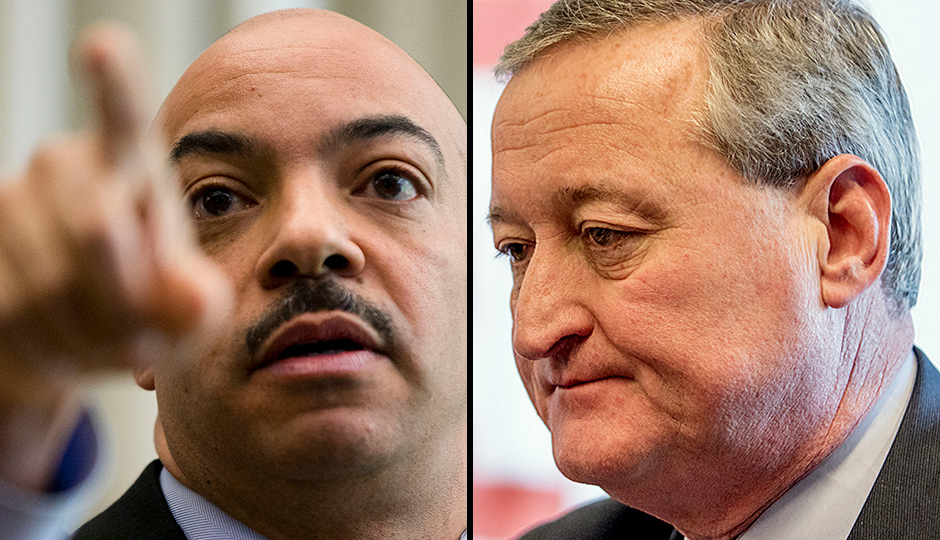 Back in 2015, Alex Capasso — then the chef and a partner at The Crow and Pitcher, a little restaurant off Rittenhouse Square — was arrested and charged with one count of distribution of child pornography by the U.S. District Attorney. That’s some pretty bad stuff, right? His friends and co-workers were “shocked and disgusted.” His partners threw him out of the business, with a representative saying publicly that it would “be a blessing to the innocent partners and staff if his infamy did not take them all down in flames.” The restaurant changed its name and, at the time of this writing, Capasso sits in federal custody awaiting trial. The evidence against him looks pretty solid and, if guilty, he deserves, of course, to spend a long time in jail.

But here’s the thing: Capasso is not guilty. So far, he’s been accused of a crime. He hasn’t had his day in court. He has his side of the story to tell. Still, the guy’s life has been ruined. Which brings me to Seth Williams … and Jim Kenney.

When federal investigators brought charges against Williams, the reaction was unanimously negative. But one person’s comments stood out among the rest — Mayor Jim Kenney’s.

“It is deeply shameful that the City’s chief law enforcement officer has been implicated in such a flagrant violation of the law,” the mayor said in a statement, according to this CBS report. “At a time when our citizens’ trust in government is at an all-time low, it is disheartening to see yet another elected official give the public a reason not to trust us. That this comes at the head of our justice system is even more troubling.”

Kenney’s right, of course. If the charges are true, then Williams should be ashamed of himself. It is disheartening. It is troubling. But here’s the thing: Like Capasso, Williams isn’t guilty. He’s simply been charged. The evidence appears overwhelming, but we don’t know all the facts — it’s possible the guy is actually innocent. Williams will have his day in court to defend himself, and maybe, just maybe, vindicate himself.

But that didn’t seem to matter to Kenney. Rather than express his concern and say that he will let the courts decide, he decided instead to appease the bloodthirsty online crowd, embrace the wave of the people’s sentiment, and, without regard for the judicial process, condemn his district attorney in public. Wow, remind me never to share a foxhole with Jim Kenney. To him, this is a political moment to gain favor, and to hell with a fellow’s reputation and livelihood.

Is this a way for a mayor to act? Whatever happened to innocent until proven guilty? Why are we all so quick to judge, to annihilate someone the moment we hear they’ve been “accused” of something? In these days of online news and social media, your reputation and mine can be ruined in a moment by just an accusation. Shouldn’t our leaders be the last people to give in to this temptation? Would Mayor Kenney appreciate this treatment if — God forbid – he too were charged with breaking a law?

If found guilty, Williams also deserves to serve time and should apologize to the city. In the meantime, that apology should be coming from the mayor to his still-current district attorney.