So this is what it looks like when representatives actually carve out time to hear from the city's constituents (cough cough, Pat Toomey). 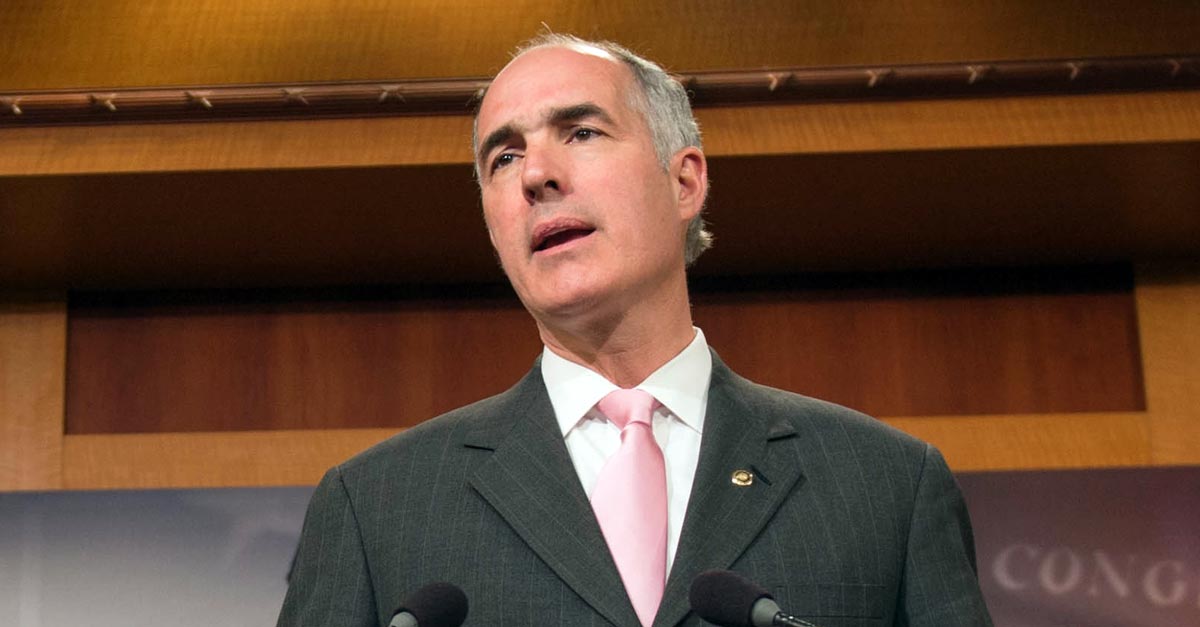 Photo via Senate Democrats, used under a Creative Commons license

It had been five years since U.S. Sen. Bob Casey held a town hall in the state – and apparently, people were waiting.

The senator’s town hall in Philadelphia yesterday drew more than 700 people. Constituents filed into an auditorium at the Penn Museum in University City, where a fiery Casey – clad in jeans and a pullover – received a surprising amount of support from a voracious crowd.

Casey held a Q&A session centered on his plan to “fight like hell” against the Republican push to repeal and replace the Affordable Care Act. Other topics discussed included the Environmental Protection Agency, national security and education under President Donald Trump.

The senator handed out signs reading “agree” and “disagree” on opposite sides and prompted constituents to raise them accordingly. Throughout the town hall, constituents mostly held up the “agree” side of the sign, the Inquirer reports.

The most notable bouts of frustration from the audience came when Casey said he was unsure whether or not he would attempt to block Trump’s Supreme Court nominee, Neil Gorsuch, and when he said the state should embrace fracking.

Casey, once a moderate who has shifted left in recent years, appeared impassioned, urging constituents to continue organizing grassroots movements and “keep fighting! Keep working! Keep marching! Keep demanding answers!” Daily News columnist Will Bunch writes that the senator, who has been increasingly described as “woke,” resembled “a rock star who suddenly found himself at the top of the Billboard chart after years of playing obscure gigs.”

Another representative was undeniably on people’s minds during the event – U.S. Senator Pat Toomey, who has recently faced notable criticism from constituents for his lack of accessibility and town halls in Philadelphia. Toomey recently organized two phone conferences – but he’s reportedly never once held an actual town hall in the city.