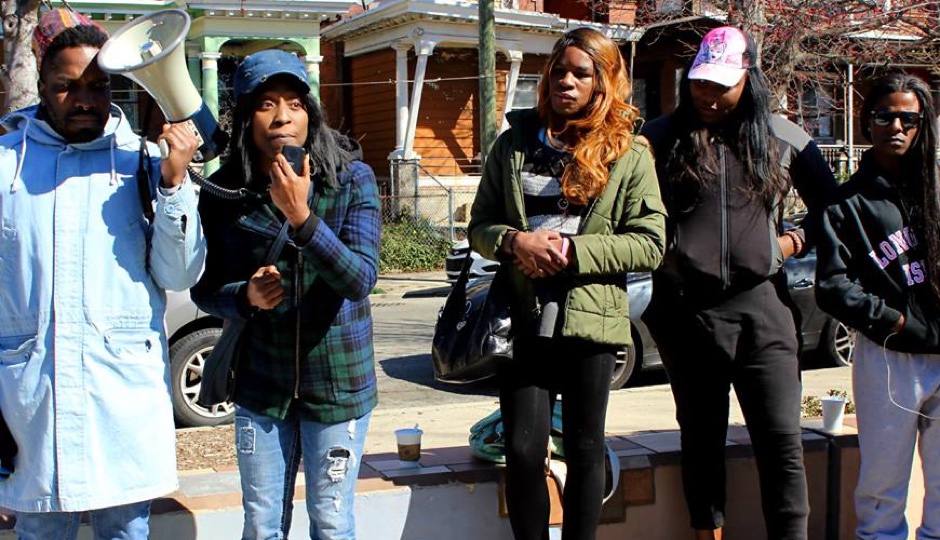 On Sunday, March 5th, the Black and Brown Workers Collective (BBWC) and the Trans-Information Project (TIP) held a direct action, “We Demand to LIVE”, at Cedar Park in West Philadelphia. Centered around local black trans women speakers, the event was a community response to a string of murders of black trans women nationwide. So far, seven trans women of color, six of whom were black, have reportedly been murdered so far in 2017 — Mesha Caldwell, Jamie Lee Wounded Arrow, Jojo Striker, Tiara Richmond, Chyna Gibson, Ciara McElveen, and Jaquarris Holland.

The experiences shared by the women at the event focused on racial disparities, self-defense, and dismantling negative stereotypes. “Statistics show that I should be dead,” said Aamina Morrison, a 37-year-old black trans woman working at TIP. “Many times in my life I’ve looked death in the face.”

“I am tired of looking at these white institutions and these nonprofits to give me my liberation — and being exploited,” said Sharron Cooks, a black trans activist who was “disappointed in the lack of visible support from the Gayborhood in reacting to these crimes.”

Some black trans women spoke of gun ownership and being militant. “I would much rather sit in prison in a male facility for having flatlined one of these [attackers] for coming for me — I’m not going to be a hashtag if I can help it,” said Tiommi Jenae Luckett, a black trans woman who recently moved to Philadelphia from Little Rock, Arkansas.

“It doesn’t matter if you’re pretty — Chyna was pretty — they will kill us all,” said Milan Nicole Sherry, a black trans woman originally from New Orleans. Sherry knew both Chyna Gibson and Ciara McElveen, who both were found dead less then two days apart in February. Last month, New Orleans alone had three reported trans murders.

You can watch the full event on G Philly’s Facebook Live: