Warning: We’re not saying that our list of free gay books for Kindle will leave you intellectually stimulated, but they may be just what the doctor ordered when it comes to some easy reading material that you can instantly download for not a penny. Load up on these free titles before you hit the beach or pool and you’ll have plenty of gay reading material to keep your mind and eyes busy. 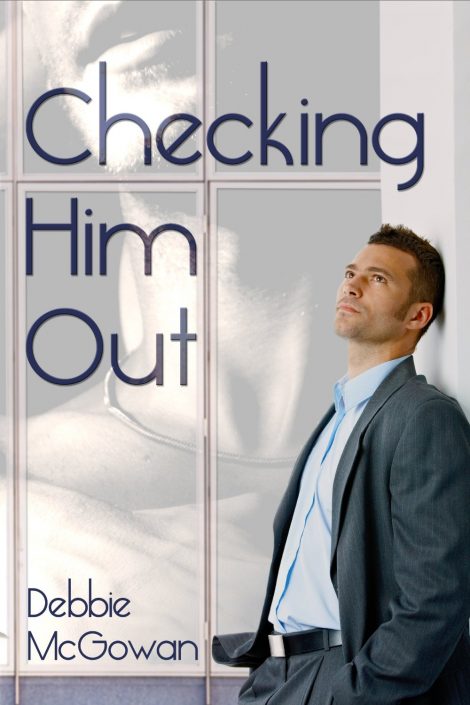 By Debbie McGowan, 2014. "Engineer Sol Brooks is a happily married man, so people keep telling him. He and Elise have been in Boston for eight years, he loves her, and she loves him. They’ve got a great apartment that’s kept its value, they’re both up for promotion, and he can hook up with any guy he likes - all the sex he wants, so long as it’s of the “no strings” variety. And that’s all fine and dandy...until a chance meeting at the checkout." 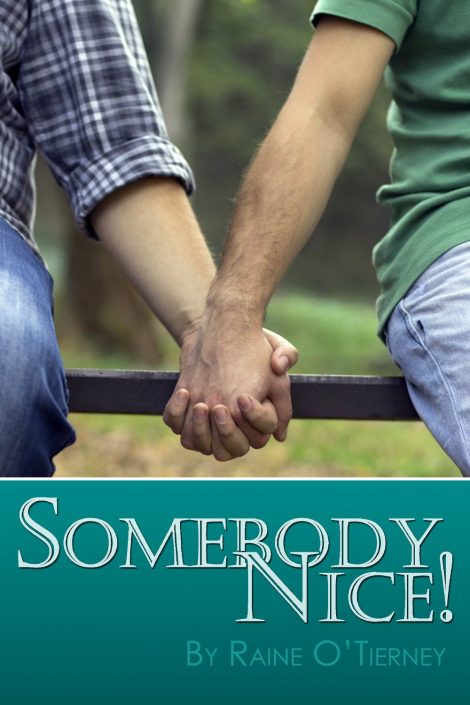 By Raine O'Tierney, 2015. "Milo and Danny's relationship is just starting to heat up, but Milo's not quite ready to be introduced as "the boyfriend" to Danny's adopted daughter, Melissa. So what happens when precocious Melissa takes it upon herself to find Danny a girlfriend and enlists the help of her school librarian, Milo, along the way? An adorable story about family and romance." 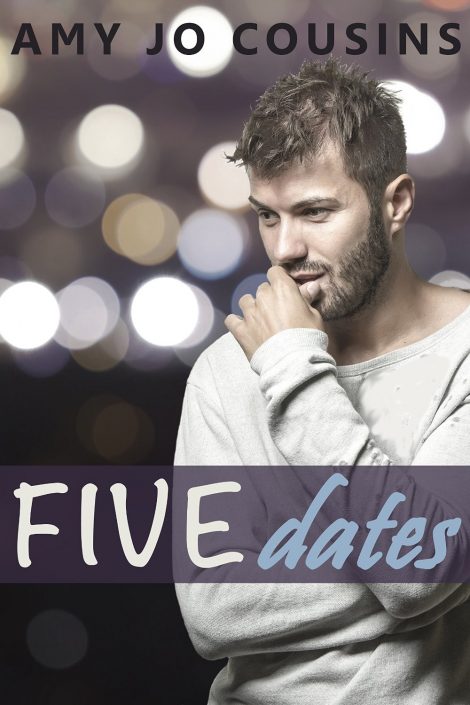 By Amy Jo Cousins, 2014. "Helping his sister Lucy raise her kid has put Devin’s love life on hold. When he loses a bet to her and the penalty is to go out on five dates with men she’s chosen from Guys4Guys.com, he thinks that’s bad enough. Finding out she used a thirteen-year-old picture of him to score a date with a young guy who looks like a rock star? Epically bad. Jay thought he wanted to fall for an older man. But his last boyfriend left him feeling humiliated and determined to stick to guys his own age. When he realizes he’s been conned into a date with exactly the kind of man he’s sworn to avoid, he’s ready to walk away on the spot. Only Devin’s swift apologies convince Jay to accept dinner to make up for the deception." 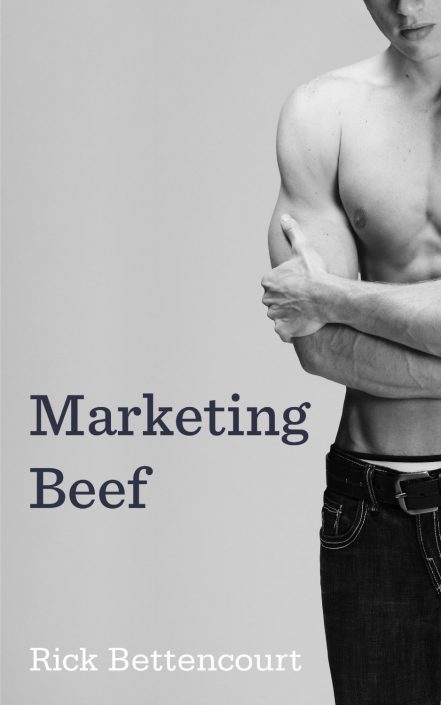 By Rick Bettencourt, 2014. "Painfully-shy accountant Evan McCormick is conservative with his money and tough on his body, yet the decent nest egg he’s amassed, and the toned physique he’s formed isn’t enough to fulfill him. Evan’s starving for affection. As an introvert, bonding with others isn’t Evan’s best quality. When Dillon—an impeccable-dressed and debonair ad executive—joins the firm, Evan lets his guard down. An office scandal and sexually-overt billboards popping up all over New England bring the two together in this funny yet romantic tale." 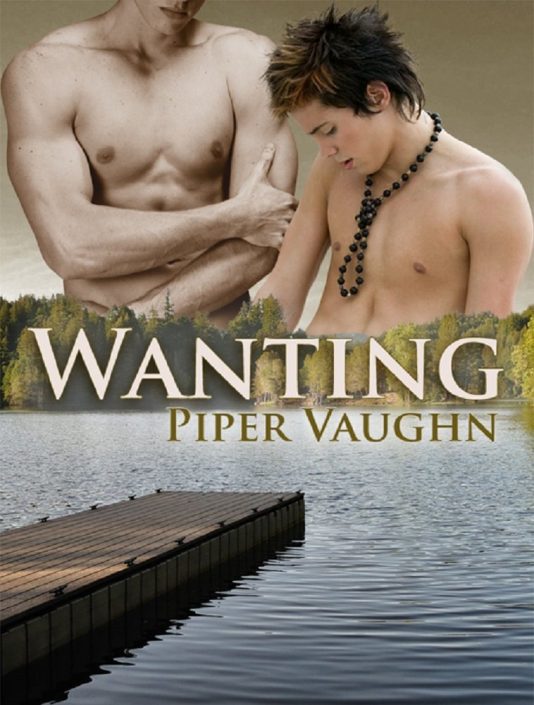 By Piper Vaughn, 2014. "Jonah Beckett has been in love with his older brother’s best friend, George 'Laurie' DeWitt, since he was thirteen-years-old. When his boyfriend, Dirk, breaks up with him for refusing to put out, Jonah uses his heartbreak over the situation as an excuse to ask Laurie to teach him all about sex before he starts college in the fall. Problem is, he made Dirk up, and Jonah has no idea what will happen when Laurie finally finds out the truth." 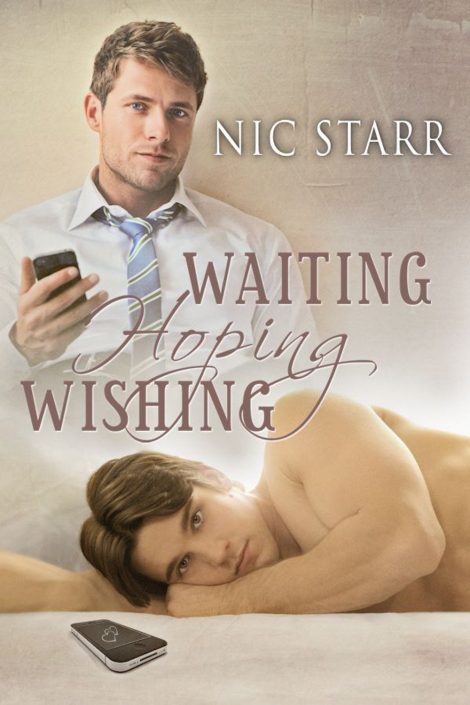 By Nic Starr, 2014. "This is the story of best friends Dean and Matt. Friends since childhood, they are close but not as close as Dean would like them to be. When Matt moved to Melbourne with his partner, Dean finally let go of his dream for them to one day be together. But when Matt calls to say his relationship has failed, Dean dares to feel a glimmer of hope. But he needs to overcome his own fears if he is to fight for their happily ever after." 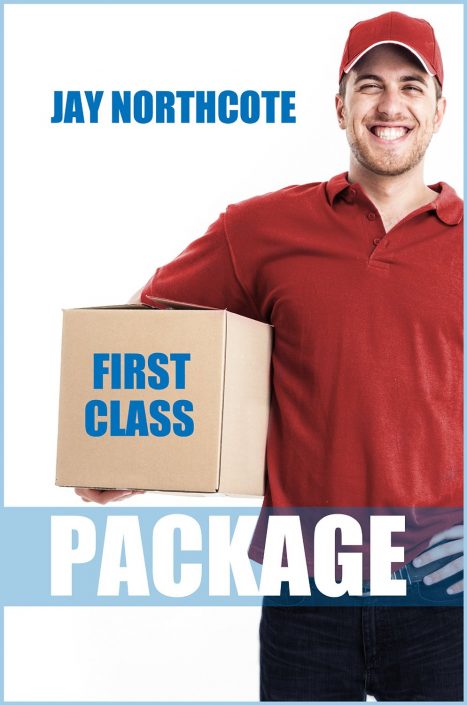 By Jay Northcote, 2014. "A geeky science writer has a crush on his postman—but will he ever make a move? Working from home suits introvert Jim until he gets a special delivery—an extremely cute, temporary postman called Patrick. Jim’s drawn to his wide smile and sexy legs, while Patrick can’t keep his eyes off Jim’s package. Their doorstep attraction seems mutual, so asking Patrick out on a date should be easy. There’s just one problem—Jim could fit all the pick-up lines he knows on the back of a postage stamp." 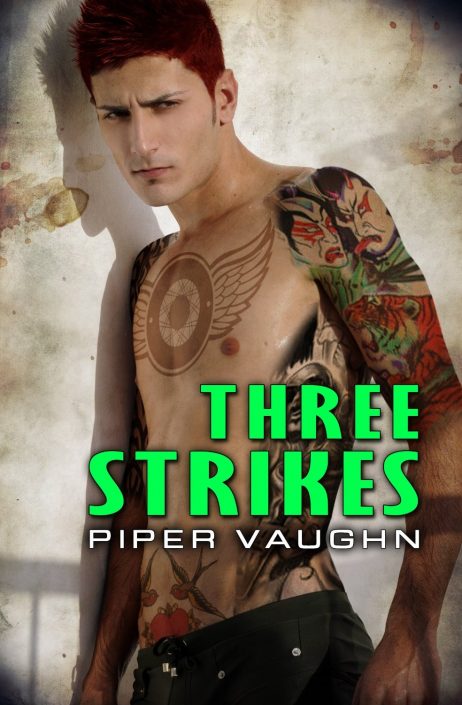 By Piper Vaughn, 2014. "Jeremy Saitou is on his third and final strike. His manager, Shawn, would love nothing more than to send him packing. Shawn hates everything about the guy, especially Jeremy’s insolent mouth. Sure, Jeremy is exactly Shawn’s type—hot, pierced, and tattooed—but no one else has ever annoyed Shawn more. So when Jeremy offers Shawn the use of his body in exchange for one last chance to save his job, Shawn immediately shuts him down, even as everything in him screams for him to say yes and finally put Jeremy in his place." 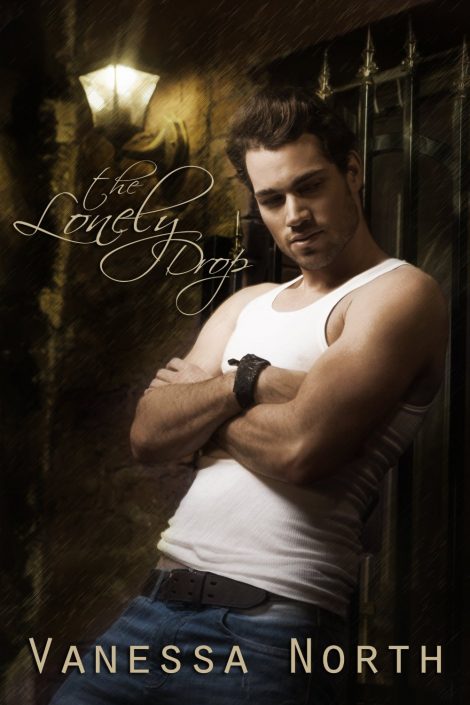 By Vanessa North, 2014. "Ten years ago, best friends and soccer buddies Nick Hana and Kevin Dorsey were inseparable—until Kevin put the moves on virginal Nick on the eve of their college graduation. Not wanting to be just another notch in Kevin’s bedpost, Nick turned him down and 'lost' his new phone number. A chance reunion brings the two together again, and the attraction and caring are as strong as ever. Cocky, gorgeous Kevin makes it clear he still wants Nick, but Nick needs more than he thinks Kevin can give. A slow dance and a snow storm give them a chance to clear up the misunderstandings of their past, but can one night of passion bridge ten years of silence?" 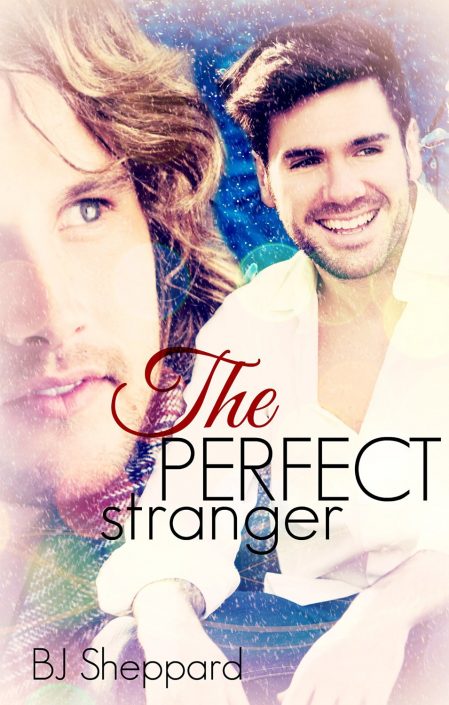 By BJ Sheppard, 2014. "On a snowy Christmas Eve, Cal finds himself stranded in a local bar, nothing but the chatty barman and the merriment of others to keep him company. As the door to the bar opens, blown in by a gust of winter breeze, Cal finds himself locked onto the handsome man who enters. With the Christmas cheer surrounding them, Cal lets his walls down enough to give into the lure of the perfect stranger."