Hillary Clinton drew a large crowd to the Free Library of Philadelphia today for the signing of her new book, Hard Choices. The people I talked to after they got their book signed were broadly smiling, one lady telling me it was, “a once-in-a-lifetime experience to meet the next president of the United States. 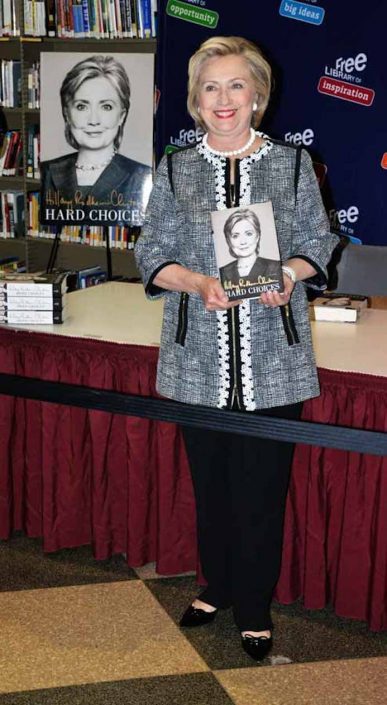 Hillary Clinton apologized to the people in line and the reporters about being  30 minutes late. The weather held up her plane. #MadamSecretaryProblems 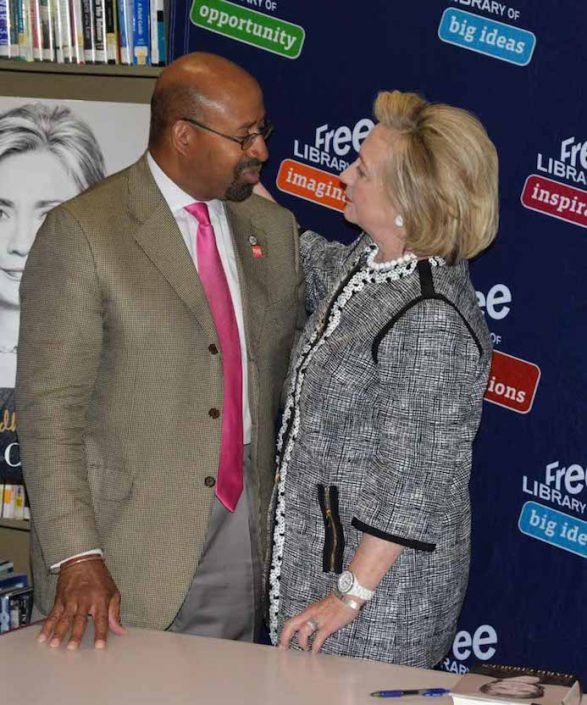 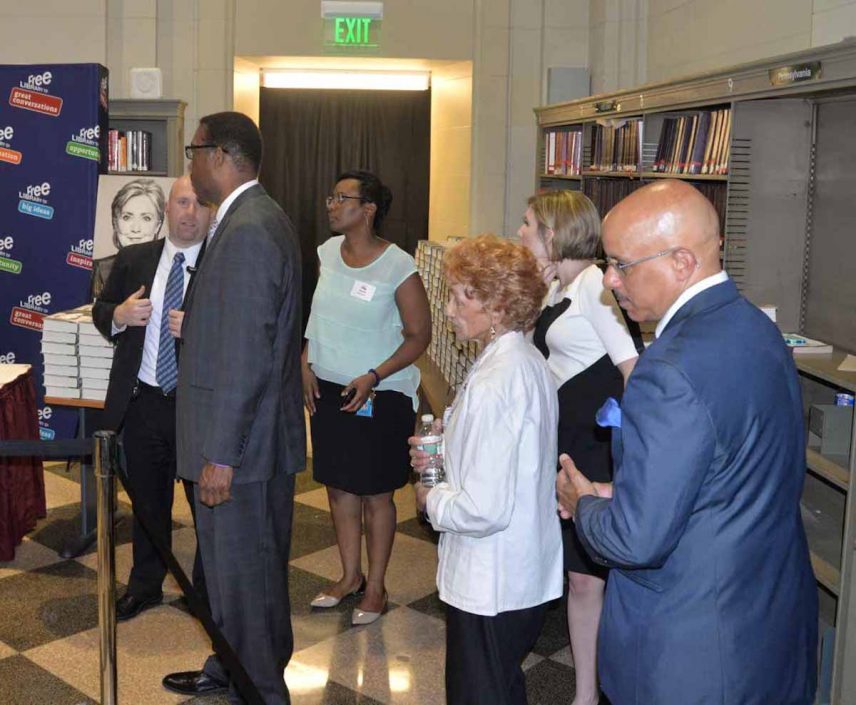 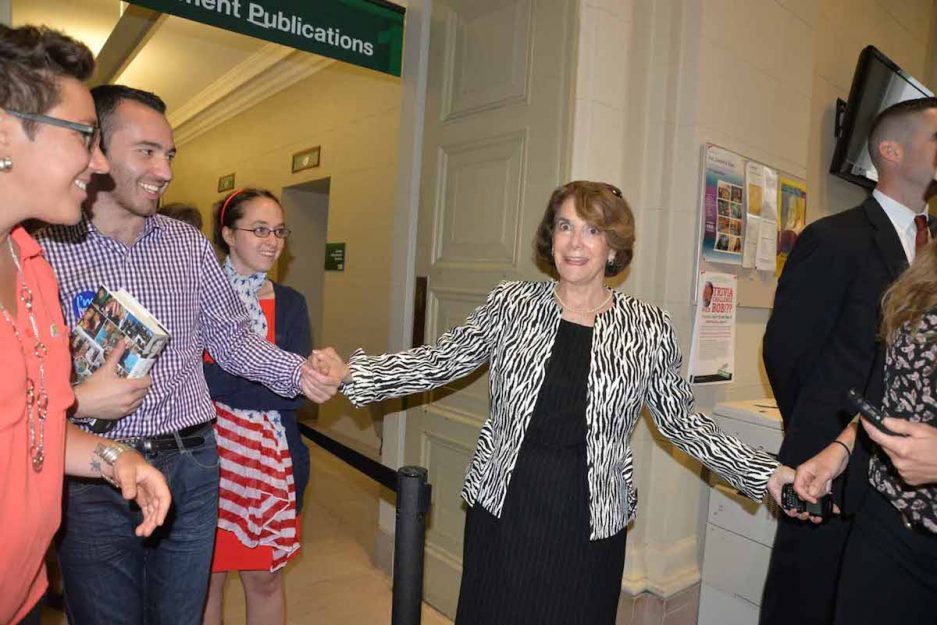 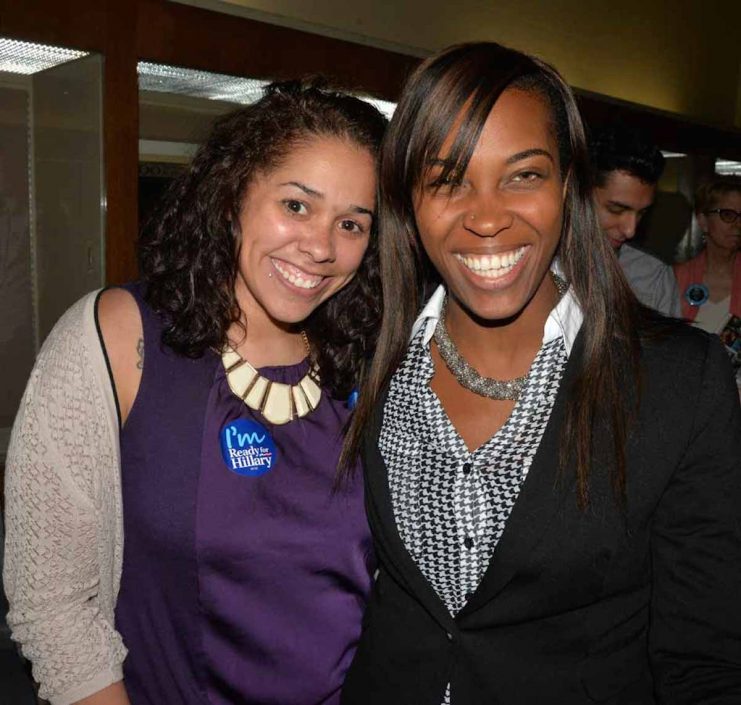 Amber Hikes and friend in line 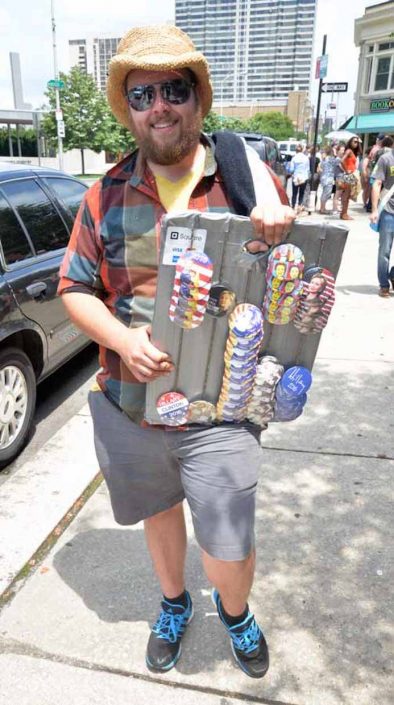 Seth sells Hillary Clinton buttons. He told me it was a booming day. 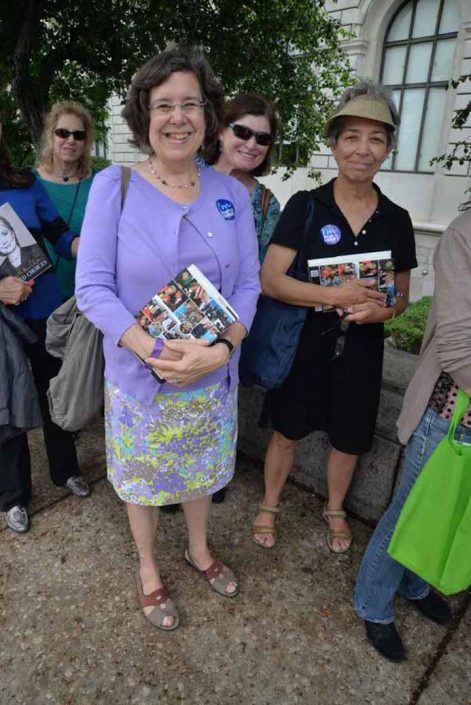 Linda Katz, Sue Huntingon and Susan Opengart in the back. Future Hillary Clinton For President volunteers. 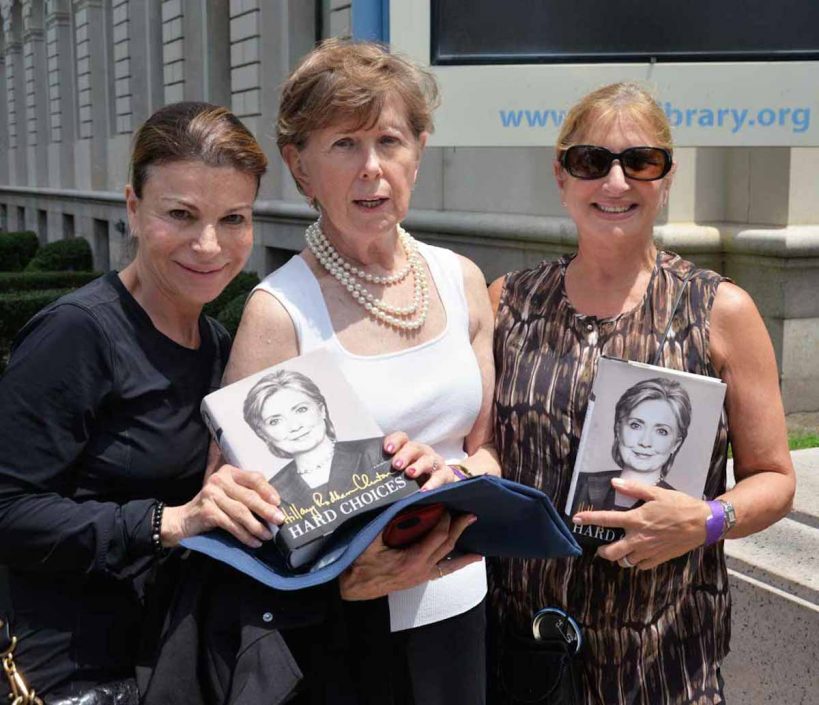 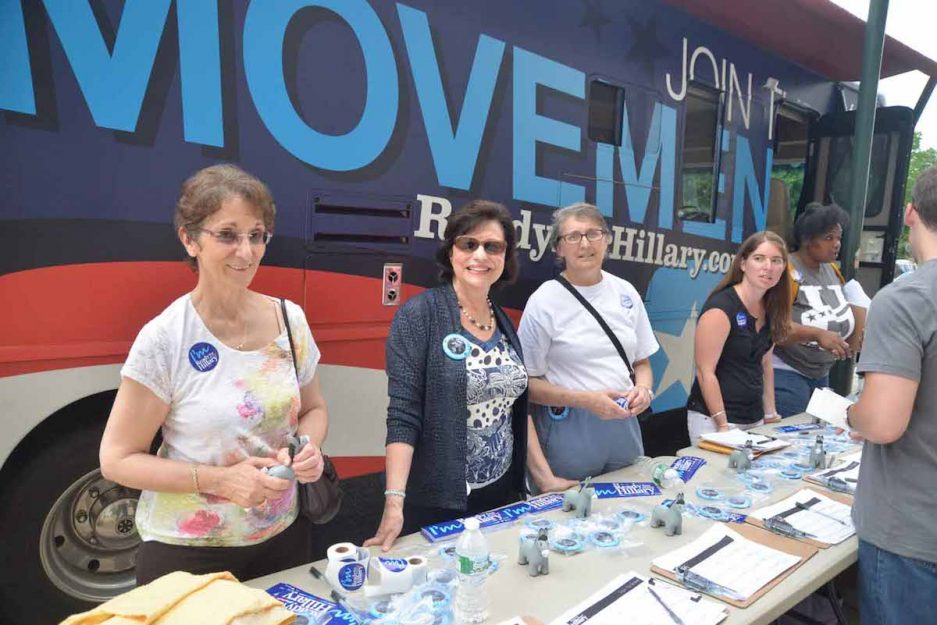 The Hillary Clinton Bus was signing up future volunteers 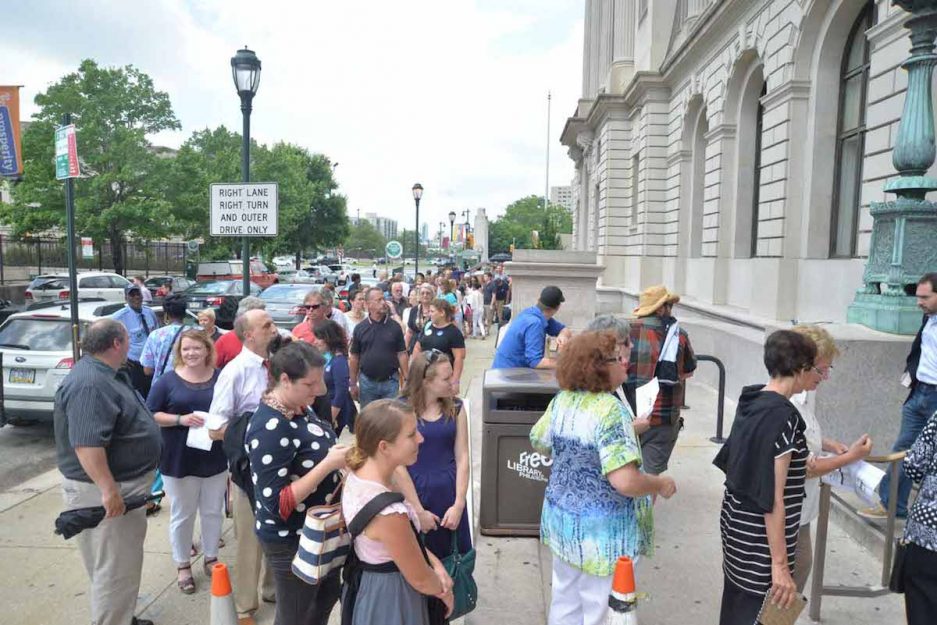 The line waiting to get inside. 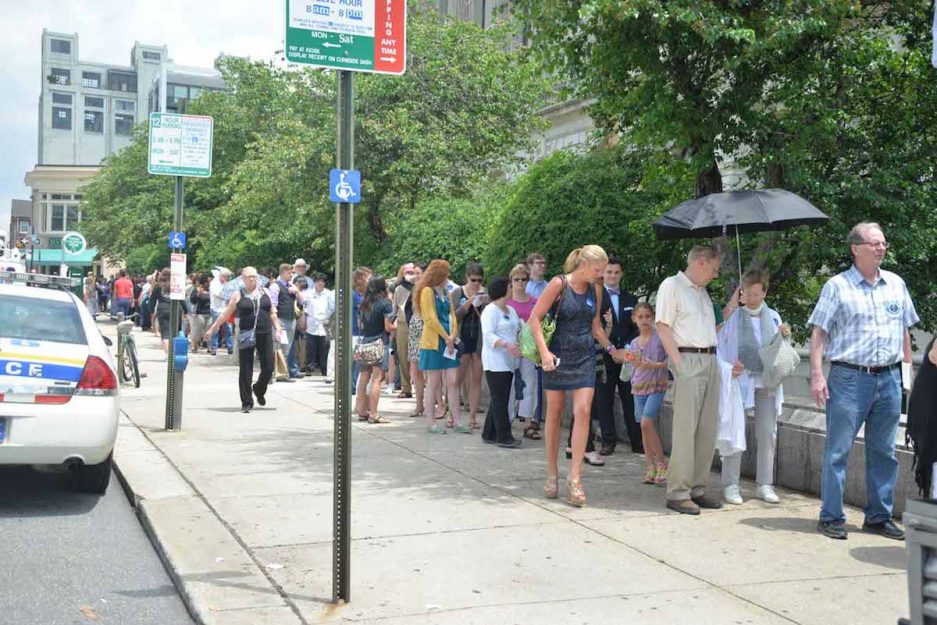 A few notables stopped by to say hi, including Mayor Michael Nutter, who Hillary stopped the signing to get up, greet and hug, Council President Darrell Clarke, Senator Vincent Hughes, and Marjorie Margolies, the mother of Hillary’s son-in-law.

First in line was Dylan Hewitt who arrived at 5:30 a.m. He told me he was proud that Madame Secretary Hillary Clinton was a fellow New Yorker, and she was his inspiration to follow in her political footsteps. He attends University of Pennsylvania the Fels Institute of Government, where he studies political science. Margolies is one of his professors. Check out some photos of the afternoon below.