Where to Get Great Pierogies in Philadelphia

All our favorite places to eat these Polish potato-stuffed dumplings, from traditional versions to gourmet pockets with fancy fillings. 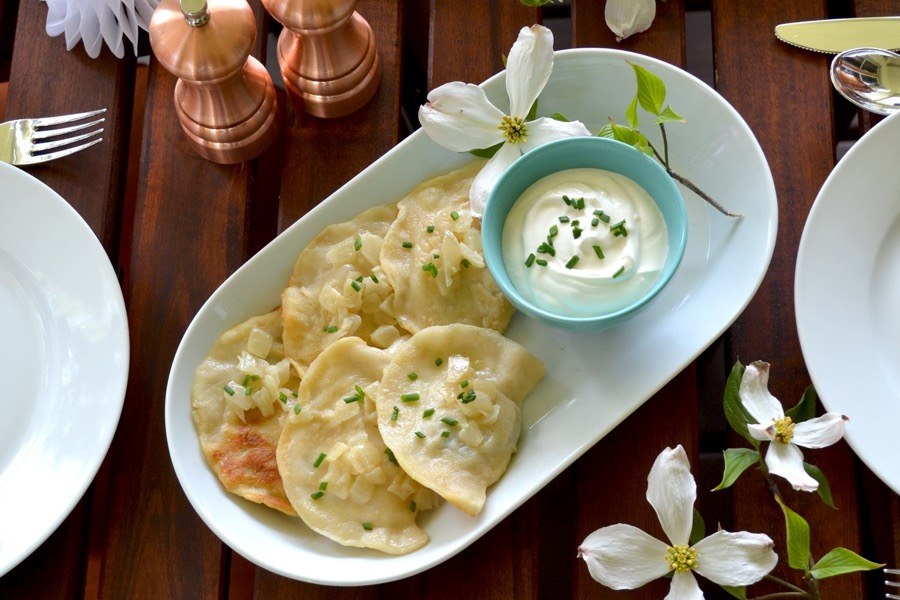 There are few foods as comforting as a plate of pierogies, delectably tender dough pockets stuffed with cheese and potato, seared golden brown, and smothered with caramelized onions with a side of tangy sour cream.

Philly is a destination city for them, with a veritable Pierogi Alley in Port Richmond. But you can find great pierogies at restaurants across the city, from upscale downtown spots and gastropubs to diners and dive bars. Here are our favorite places to get pierogies in Philadelphia.

Elwood, Fishtown
Elwood focuses on Pennsylvania Dutch cooking, presented in a way that still feels modern and delicious. It’s a chef-y seasonal BYOB, so their menu changes often, but sometimes they serve up super-crisp, incredibly light potato pierogies, which are worth rearranging your plans for a last-minute reservation.

Mom Mom’s Kitchen, various locations
Our favorite Polish restaurant — hell, one of our favorite restaurants period — is this food cart-turned-brick-and-mortar. Hit them up for golabki, kielbasa (from Czerw’s, of course), and pan-seared pierogies in potato, farmers’ cheese, or Philly cheesesteak.You can order their excellent pierogies for pick-up from their Bridesburg location, or at various farmer’s markets throughout the region.

Pierogie Kitchen, Roxborough
This spot has always specializes in house-made, hand-pinched pierogies, which you can order hot to eat there or cold to prep at home, which is particularly excellent for covid-times. Get them in classics like potato-cheddar or in gourmet flavors like Buffalo chicken, three cheese-pepperoni, and chocolate ganache. If you’re further afield and don’t feel like driving, look for delivery and courier options, which spans a 100-mile radius.

The Galley, Fishtown
The Galley serves all kinds of pierogi including: cheddar potato, crab rangoon, buffalo chicken, and chorizo potato. They’re also available on Caviar if you can’t be bothered to leave your bed.

Tattooed Mom, South Street
The iconic South Street dive is one of the few places outside the River Wards that keeps pierogies on its menu consistently (and also offers a vegan option). Pro tip: on Thursdays, they’re only 50 cents a pop.

Czerw’s Kielbasy, Port Richmond
Head up to this Port Richmond spot and stock your freezer for the coming cold with a wide variety of homemade pierogies, plus plenty of kielbasa, Polish stews, and other specialty items. Cash only.

Memphis Taproom, Kensington
Get a taste of Eastern Europe filtered through a gastropub lens at this Cumberland Street hangout. Order their cheesesteak pierogies on their own, or get them as part of the Port Richmond Platter alongside kielbasy, kraut, and potato pancakes. 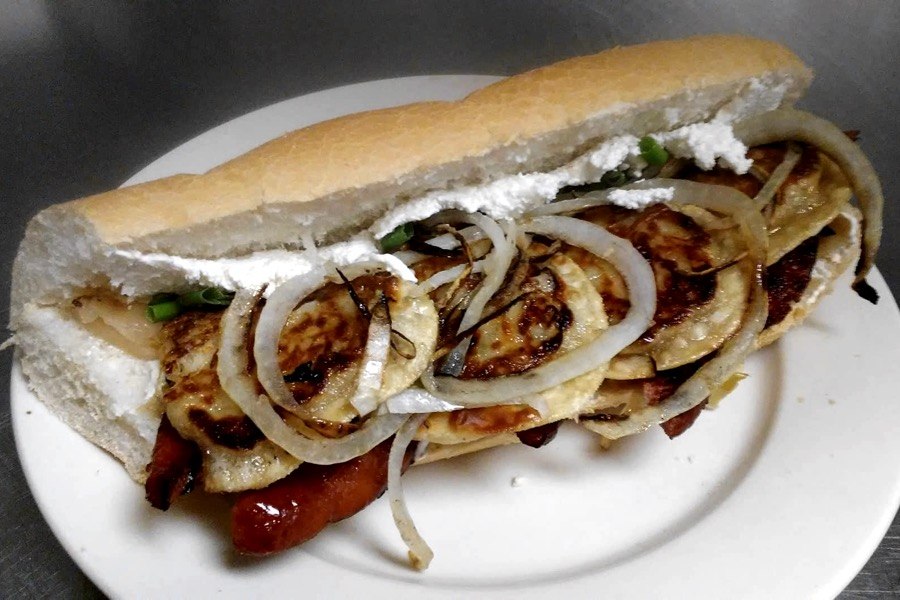 Green Rock Tavern, Port Richmond
This Lehigh Avenue bar’s pierogi recipe is the stuff of urban legend. Get them au naturel in seasonal flavors, or go big with their pierogi hoagie — which is half-price on Tuesdays.

Famous Frank’s-A-Lot, Market East
Center City is light on pierogi options, but one of Reading Terminal Market’s eclectic vendors has the hookup, with pierogies on its menu alongside Texas Tommies, BBQ chicken, and mac ‘n’ cheese.

New Wave Cafe, Port Richmond
Richmond and Allegheny is to pierogies what 9th and Washington is to tacos or 10th and Race to Chinese cuisine — pretty much ground zero, with several stellar options within a block or two. One of the best known is New Wave, where you can get a round of Polish beer to go with your fried pierogies.

Bud & Marilyn’s, Midtown Village
Of course Marcie Turney and Valerie Safran’s ode to Midwestern supper club fare keeps pierogies on the menu. Their fancied-up version is made with smoked cheddar and served with browned butter, shallots, apple-celery salad, and a zingy horseradish crème fraîche on the side. 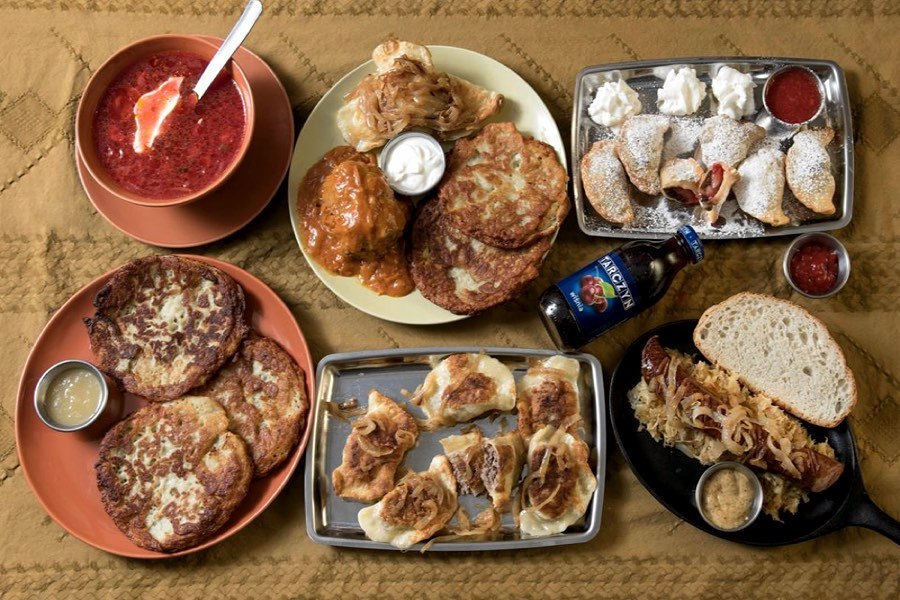 M&M Restaurant, Port Richmond
Named for owners Martin and Margaret Cudnik, who have run this old-school Allegheny Avenue diner since 1993, M&M mostly serves American-style breakfast — except for their pierogies, which Margaret learned to make growing up in her native Poland. 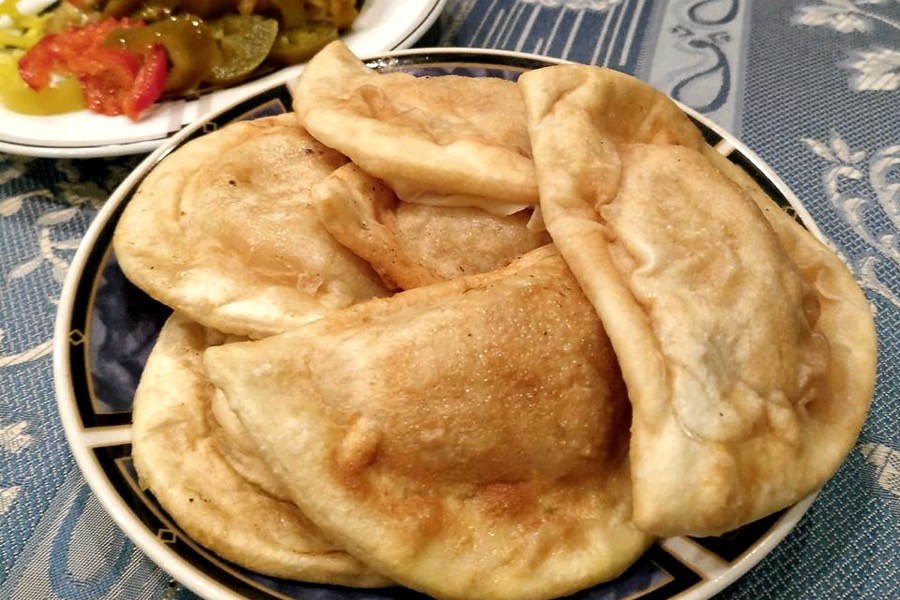