Want to Boycott Russia? Don’t Worry: You Can Still Drink (Most) Vodka

The PLCB pulled all Russian-made products from its shelves on Sunday. Turns out that’s not much. 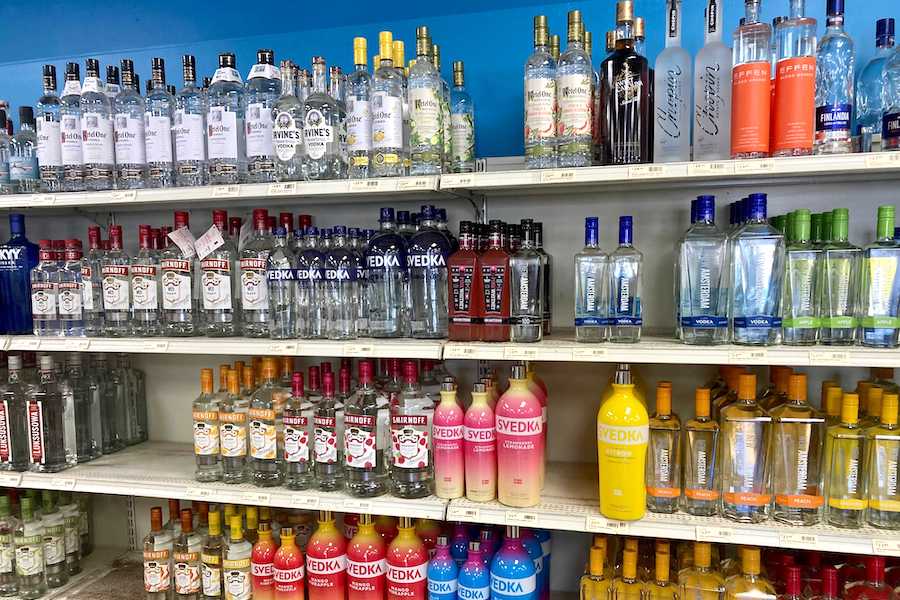 Amid a boycott of Russia, the shelves at my local state store were devoid of Russian vodka by Monday morning (photo by Victor Fiorillo)

The heightening tensions between Russia and Ukraine led Pennsylvania Governor Tom Wolf to spend his Sunday firing off a letter to the Pennsylvania Liquor Control Board (PLCB), urging the agency to boycott Russia by removing all Russian products from state store shelves.

“I urge you to remove Russian-sourced products from stores and cease selling them as quickly as possible as a small show of solidarity and support for the people of Ukraine, and an expression of our collective revulsion with the unprovoked actions of the Russian state,” wrote Wolf.

In a matter of hours, the PLCB announced that it would comply with Wolf’s request to boycott Russia. A quick trip to my local state store showed that workers had removed all Russian products from the shelves. And the PLCB website was similarly devoid of those bottles.

“As of today, these products will no longer be sold or procured by the PLCB,” said PLCB chair Tim Holden. “Given the evolving political-economic climate, it’s just the right thing to do.”

But it turns out that this is more of a symbolic gesture than any meaningful economic move.

It’s easy to look at some of the bottles of vodka in your local state store and think they are made in Russia. Take, for instance, Stolichnaya, a.k.a. Stoli vodka. That was once a Russian product but is now made in Latvia and headquartered in Luxembourg. Surely Nikolai vodka must be Russian, right? Nope. Bottled in Kentucky.

“Many consumers often associate vodka with Russia,” PLCB spokesperson Shawn Kelly told Foobooz on Sunday. “So some producers give their vodka Russian-themed monikers and marketing.”

The only Russian products the PLCB normally stocks in its stores are Russian Standard vodka and Ustianochka vodka, which, we have to say, we’ve never heard of and have no idea how to pronounce. There are a few other Russian products available — well, make that formerly available — by special order only. And don’t worry, Russian River wine does not come from Russia. There’s a Russian River in California. So that’s safe.

In all, Russian products accounted for just six hundredths of a percent — meaning 0.06 percent — of the $1.7 billion in spirits sold by the PLCB over the last 52 weeks.