Hanging out at sports bars is kind of like watching the game at the stadium, without having to buy a ticket. 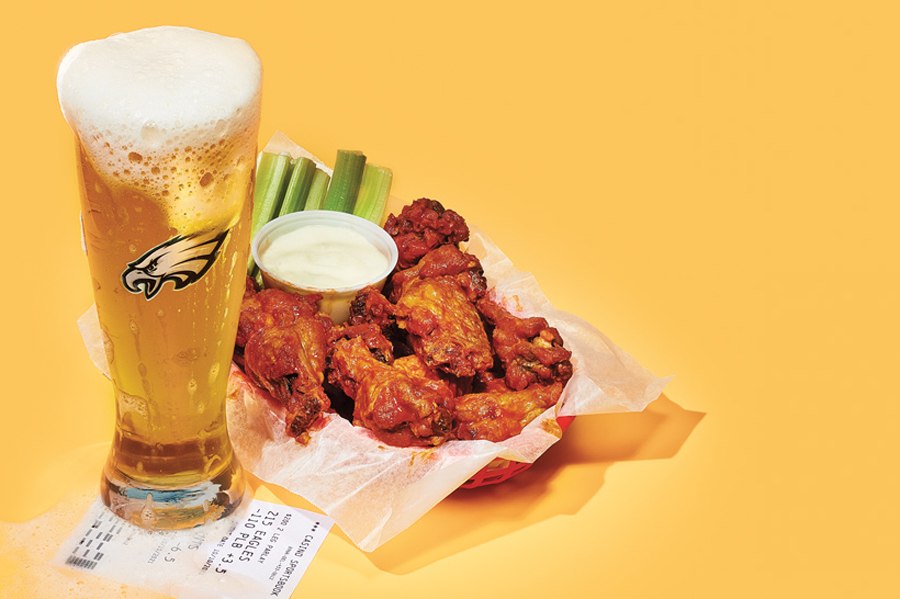 Here’s the thing about sports bars — the good ones, anyway: Hanging out at them, watching a game at them, fraternizing the way you do at them — around one shared purpose — is kind of like watching a game live at the stadium or arena without having to buy a ticket. No lines, no overpriced beer, no oversalted soft pretzels that make better doorstops than they do … you know, pretzels.

And here’s the other thing about sports bars: There are all kinds. Something for everyone. Anyone. Want somewhere a little more sophisticated, where you can have your burger topped with foie gras and some Don Julio 1942 on the rocks while you watch the Phillies bullpen blow yet another save? There’s the Misconduct Tavern. Somewhere more family-oriented that will allow you to get over the latest season-ending Eagles injury? There’s Paddy Whacks, that Irish sports pub in Queen Village. 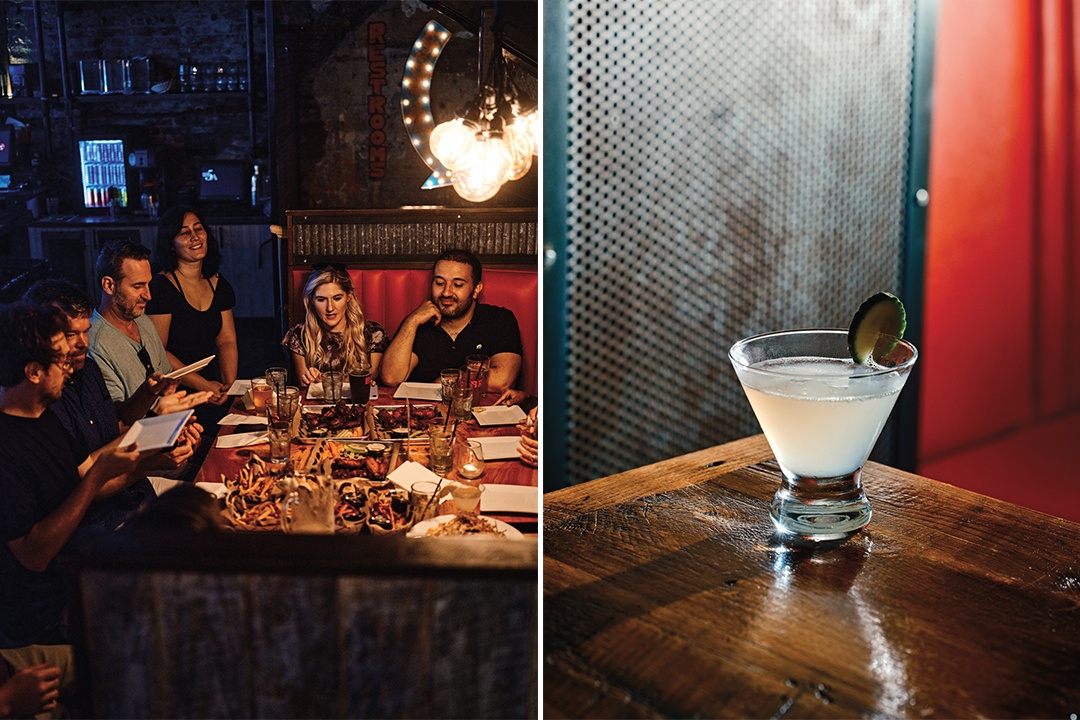 Did you put money on the game? Sports & Social in the new Live Casino Hotel down by the stadiums has comfy leather chairs and Korean-style short ribs on the menu, to put you and your neuroses at ease. Or if you feel like being in a room filled with Philly sports memorabilia and rowdy homers crying — in concert — over Joel Embiid’s knee, nothing beats Xfinity Live. 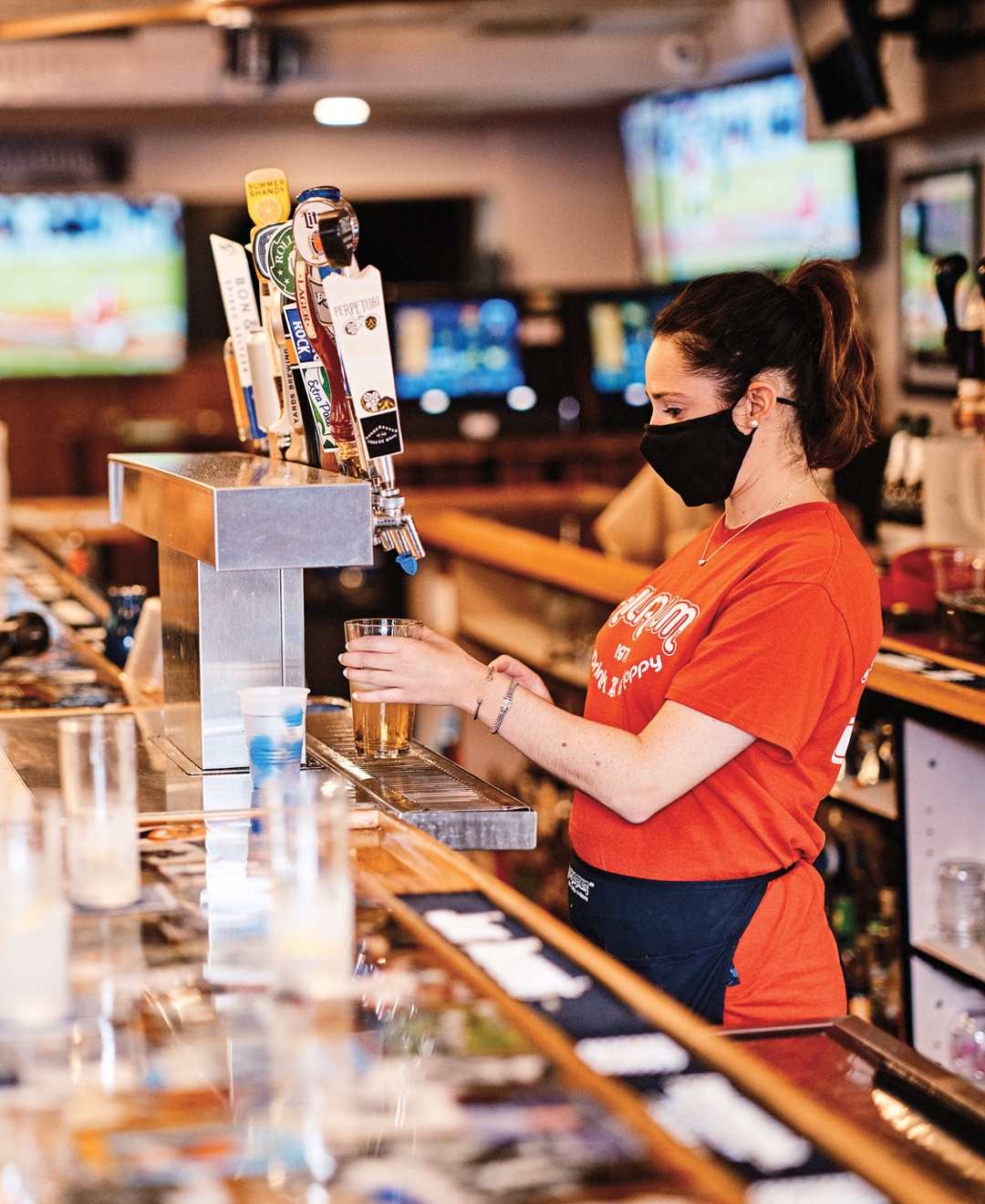 Philadium Tavern is a destination sports bar in its own right. Photograph by Ted Nghiem

Don’t get me wrong; watching Ben Simmons not take a game-winning shot on your TV at home is perfectly okay. But it’s not as much fun as sitting in a large room filled with people screaming expletives at several life-size Ben Simmonses playing on several very large television sets, while you drink a cold glass of wine and down as many chicken wings as you can.

At home, alone, there’s no one to talk to about bad coaching decisions. There’s no one challenging you when you opine that the Eagles’ geriatric offensive line is going to take years off Jalen Hurts’s career. There’s no one to help you identify most of the folks on the Flyers, because you can’t really see their faces through their helmets and you only watch hockey during the playoffs.

And you have to make your own chicken wings at home. Who wants to do that? 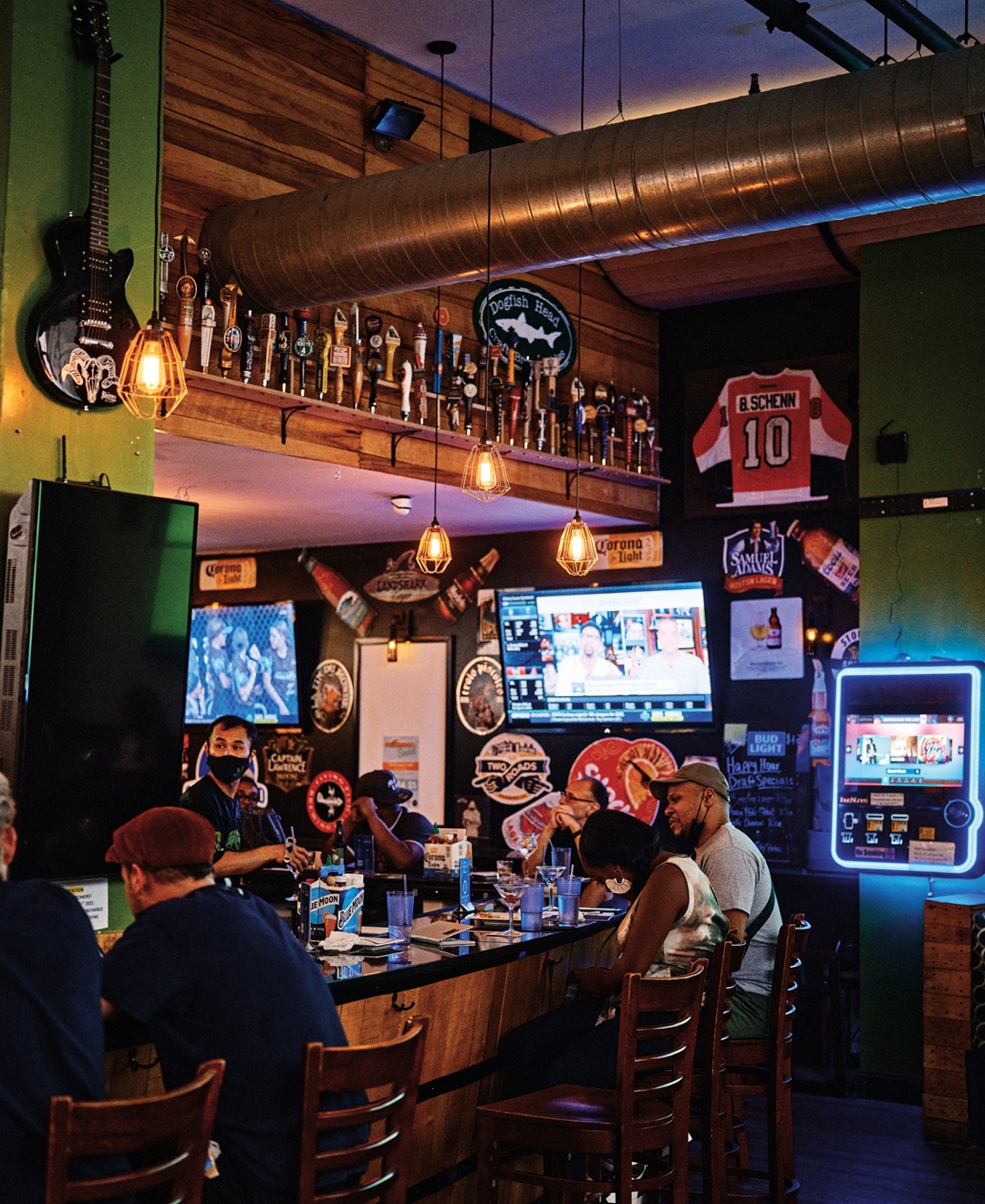 And here’s the thing about sports bars: They provide opportunities to share a lot of pent-up sports knowledge with the masses — something I personally appreciate. See, my husband, Chris, is a sports journalist here in Philly. Whenever we go to a bar to watch a game, that fact almost always comes up in conversation. Which gives him a chance to share what he’s writing about with someone other than me.

Words cannot express just how grateful I am for that.

Published as “Watching Sports at a Bar” in the “We Really, Really Miss Bars” article in the October 2021 issue of Philadelphia magazine.