Where to Eat Filipino Food in Philadelphia 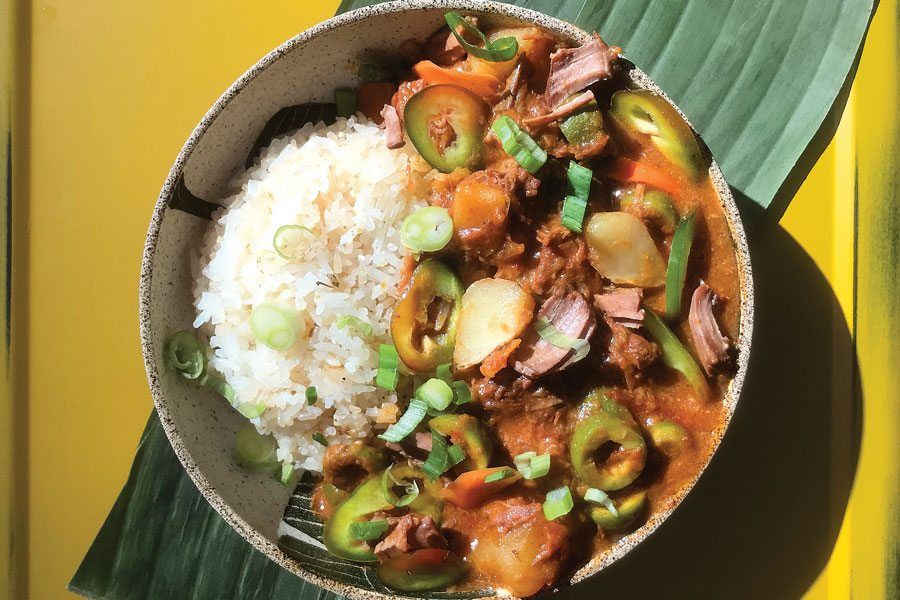 There’s never been a better time to eat Filipino food in Philly.

In just a few short years, our community of Filipino restaurants, food carts, and pop-ups has grown to become one of the most exciting scenes in Philadelphia dining, driven by a rising generation of chefs staking a claim with creative takes on traditional dishes while honoring the home cooks, hawkers, and strip mall chefs who came before them. (If the cuisine is new to you, take a minute to read this excellent primer from Philly food writer Drew Lazor.) Here are our favorite places to eat Filipino food in Philadelphia.

Perla, East Passyunk
Chef Lou Boquila’s Passyunk Square BYO first put the spotlight on modern Filipino fare in Philly back in 2016. With a refined à la carte menu of dishes inspired by the food Boquila’s mother (the restaurant’s namesake) cooked while he was growing up and family-style kamayan dinners — a feast of rice, pork, seafood, and veggies piled over banana leaves and eaten with the hands — on Wednesday and Saturday nights, we couldn’t have asked for a better introduction to the cuisine.

Lalo, Old City
First, Jillian Encarnacion, Resa Mueller, and Neal Santos built buzz around Filipino comfort fare with their Pelago series of pop-ups. In search of a brick-and-mortar home, they scored a spot in the new Bourse, teamed up with chef Michael Cher to serve a fresh, fast-casual take on the cuisine, and quickly became our favorite lunch spot in the revamped food hall.

Mommy Telly’s Famous BBQ, University City
With a no-frills menu — marinated meats grilled to order and served over over yellow rice with pickled onions and chopped scallions — and student-friendly pricing, this food cart reps Filipino BBQ on the Drexel campus just north of Market on 33rd Street. Ask for the combo, which gives you the chance to try both the pork and chicken options in one savory dish.

Tabachoy, Various locations
This food cart from researcher-turned-hawker Chance Anies debuted with Filipino BBQ favorites this spring, and we’re already Instagram stalking them to see where the next pop-up will be. Be sure to try his vegan take on sisig — which swaps out the traditional chopped, fried pork for a savory mix of mushrooms and peppers — alongside your skewers of pink-hued pork tocino.