The popular food festival heads to the westernmost edge of Philly on June 20th. Here's what we know. 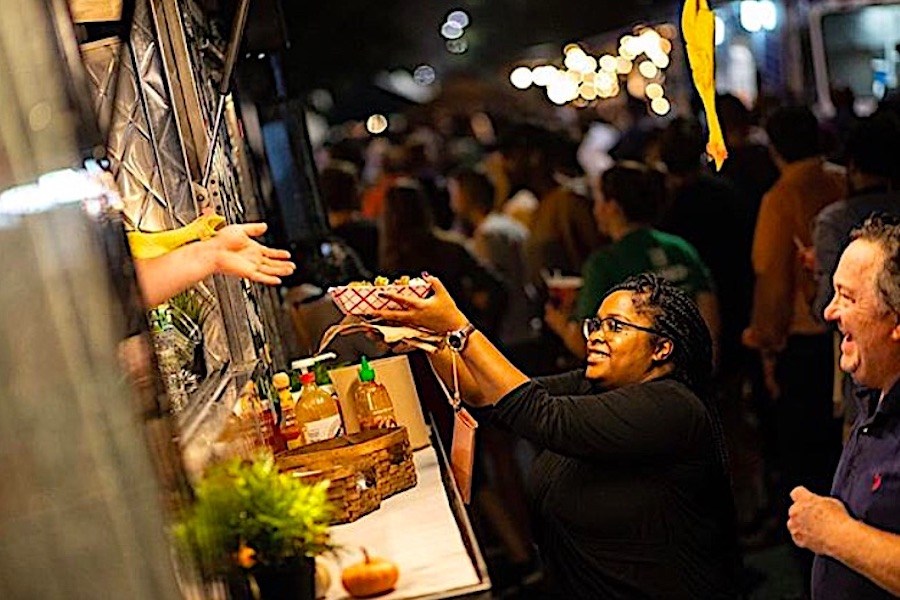 Night Market has been bringing people and food together in the streets of Philadelphia since 2010, and it’s finally coming to my neighborhood. Here’s what we know about Night Market Overbrook, which will happen on June 20th from 6pm to 10pm.

Night Market Overbrook will be shutting down Lancaster Avenue between 61st and 63rd streets, less than a half mile from the beginning of the Main Line. There will also be vendors on 62nd Street between Lancaster Avenue and Woodbine Avenue.

The Food Trust, the Philly non-profit that organizes Night Market, says to expect about 50 vendors at Night Market Overbrook.

Confirmed food vendors include new Night Market additions like Local Harvest Pizza and Anatolian Delight, which specializes in doner and other Middle Eastern cuisine. South Street’s Puyero will be serving its Venezuelan street food, Cherry’s Baking Company is doing cheesecakes and cupcakes, and there will be adult beverages from Manatawny Still Works and Victory, among other breweries, plus a ton of other food and drinks.

Here's the Night Market Schedule for 2019

As with all Night Market events, there’s live entertainment. The final lineup hasn’t been announced yet, but the night will include a performance by local rapper and CAPA grad Joie Kathos, whose latest album will drop the day before, and a drumline made up of students from the neighborhood.

If you’re wondering how the heck to get to Night Market Overbrook, you’ll be glad to know that Septa’s Paoli/Thorndale Line, née the R5, stops a couple of blocks away at the, yes, Overbrook station. There’s also the Route 10 trolley and the 65 and 105 bus lines, both of which connect to the Market-Frankford El’s 69th Street Station, which is less than ten minutes away. Note that some of these lines are likely to be detoured thanks to Night Market, so be sure to check your Septa app for updates.

While you’re in the neighborhood, take a stroll into the historic Overbrook Farms section to see some gorgeous homes and gardens. You can use this self-guided walking tour.

After Night Market Overbrook, the open-air food festival heads to Fairmount Avenue on August 15th and then Point Breeze on October 3rd.