It's not officially summer until Philly's favorite rooftop bar opens its doors. 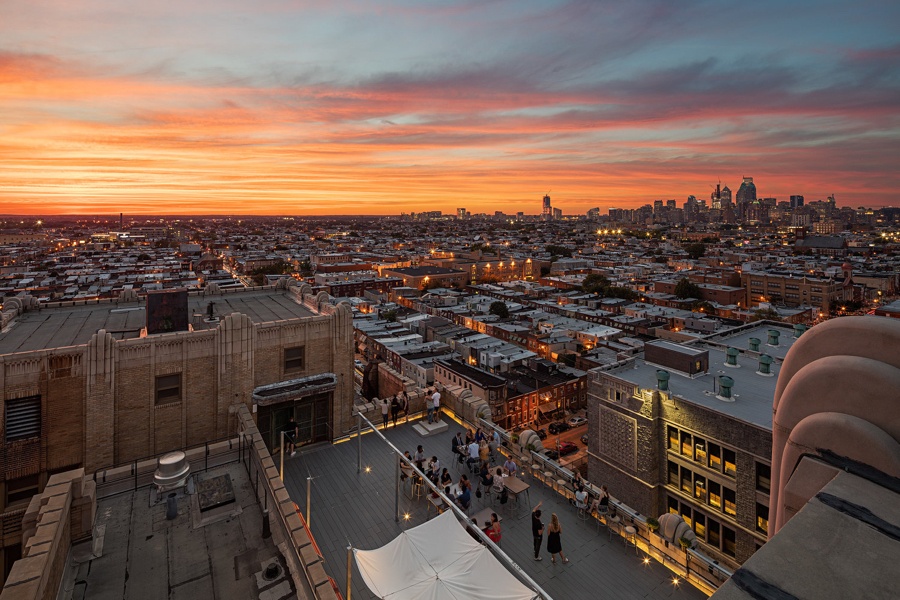 Sure, Memorial Day weekend is the unofficial start of summer. But in Philly, the season really kicks off with the opening of Bok Bar, which debuted for 2019 last night.

New this year at the eighth-floor rooftop spot are fresh furnishings. The bar will serve a menu of casual Middle Eastern-inspired fare — think gyros, za’atar chicken tenders, falafel, and watermelon kebabs seasoned with tangy sumac — and pour around 25 beers and more than a dozen wines in addition to hard seltzer from Two Robbers and kombucha from Inspired Brews, both of which are headquartered at Bok.

Hours at Bok Bar are 5 p.m. until 11 p.m. Wednesday and Thursday, 5 p.m. until 12 a.m. Friday and Saturday, and 2 p.m. until 10 p.m. on Sunday through September 27th while the sun shines (since it’s completely outdoors, the bar doesn’t open during inclement weather). Check out this season’s food menu here and the drink list here.