St. Oner's will open on Frankford Avenue, not far from the brewery's beer garden. 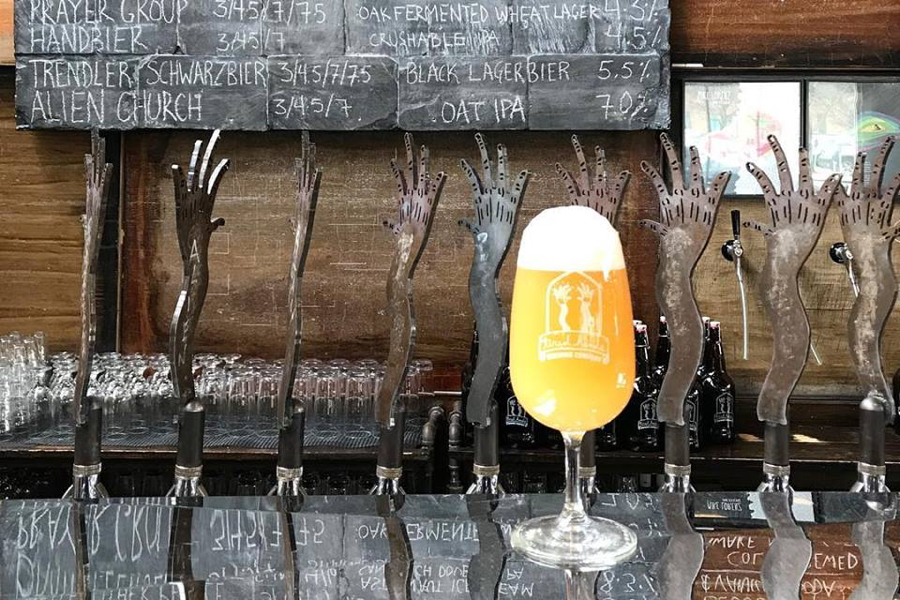 For a long time, Philadelphians wanting to taste Tired Hands Brewing Company beers had to hop in the car or on regional rail and head for the cult brewer’s Ardmore Brewcafe. With the opening of their Fermentaria — a much larger restaurant, bar, and production space — nearby a few years ago, it’s easier to score a seat, and Tired Hands’s mainstay beers can be found on draft lists at better brewpubs around the region.

Soon, city dwellers will be able to get the full Tired Hands experience without heading to the ‘burbs, because they’re opening a restaurant and bar in Fishtown.

St. Oner’s will open at 2218 Frankford Avenue, across the street from the Tired Hands Biergarten that opened back in October, according to a post on the brewery’s Instagram account. A Tired Hands rep reached this morning didn’t have additional information to share.

The restaurant, which was previously home to the Helm crew’s short-lived Tierce and the Pickled Heron before that, will hold 50 or so seats with a six seat bar, which will pour beers from the Fermentaria, Brewcafe, and Dispensary, the offsite warehouse space where the company conditions beers in oak barrels. They’ll also serve their ow house-made 333 Kombucha, some new natural wines, and Awake Minds espresso.

No specifics on the food menu yet, although the post says it’ll be “the most far out stony bologna Chinese inspired/classic American food,” and the kitchen will have the capacity to feed the crowds at the Biergarten, too.