Traditional Greek Food Is Coming to the Italian Market 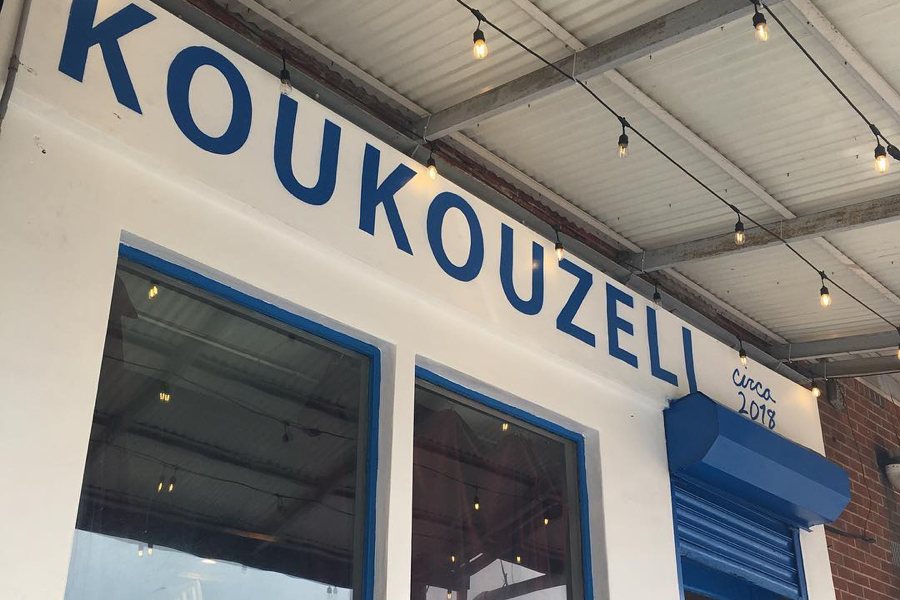 The Italian Market is about to get even more eclectic with Koukouzeli, a Greek street food spot set to open sometime in August. The BYO will take over the space at 1134 South Ninth Street, right next to Connie’s Ric Rac.

Owner Spyros Tsibogos isn’t a newcomer to the region’s restaurant scene: He previously owned Bradford Street Cafe in Delaware, and before that, a spot called Brickhouse Cafe in Old City. Back in the day, he trained under Philly chef Giuseppe Roselli at Trattoria Dell’Artista in Northern Liberties (now La Locanda del Ghiottone in Old City).

For the last six years, Tsibogos has been working as a restaurant consultant. But Rene Kobeitri, his friend and owner of nearby Rim Cafe, encouraged him to open a Greek concept in the Italian Market.

Koukouzeli will serve traditional Greek dishes and street food. Think souvlaki — “the marinades go back to my yaya and her yaya, the way I learned how to do it” — in addition to avoglemono, the lemony chicken and rice soup, salads, and sandwiches.

The space have 22 seats for dining in and will also offer takeout and online ordering. Tsibogos plans to be open by the end of this month, and hours will be 4 p.m. until midnight, Wednesday through Sunday.